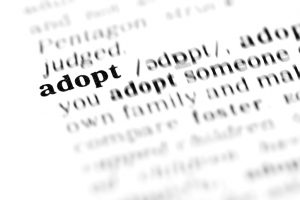 You and I know that’s not quite the truth of adoption.

I’m an adoptee who is lucky enough to have a very positive open adoption experience. Few things rankle me, and most of what does I can shrug off.

But the overuse of the word “adoption” in the popular lexicon, in regards to things I think it isn’t quite appropriate for, is a weird thing that drives me up the wall.

You can “adopt” a highway, “adopt” a family for Christmas, “adopt” a pet, purchase from doll “adoption” centers and more.

The word “adoption” is applied to a lot of things. In my opinion, too many things. And when I hear you proudly say that you “adopted” your cat from the shelter, I feel, in a word: Yucky.

Giving a pet a home and a loving family is similar to adoption in a way, sure. I can see where a comparison could be made. But it’s not the same thing as adopting a person. I required a little more from my birth and adoptive parents than a cat. I still do! Humans are troublesome like that.

I understand what people mean when they say these things. When you bring a pet home from a shelter and make him or her part of your family, that’s significant. I did it myself with my dog. If you help make another family’s holiday special when they’re struggling, that’s an important thing. I’m so glad you’re doing it. I’d just prefer if you didn’t call it “adoption,” because I don’t think it’s quite accurate, and I also think it can be somewhat harmful.

Part of the trouble comes from the word “adoption” being inaccurately associated with some sort of moral superiority trophy. It’s a notion that many adoptees (myself included), along with plenty of birth and adoptive families, aren’t comfortable with. When “adopt” is used as a synonym for charitableness and goodness, it becomes a vision of heroes saving a pitiable and needy thing.

In that scenario, I’m the pitiable and needy thing. In real life, I was fine. And my parents are wonderful people, but they didn’t “rescue” me from anything. They politely corrected anyone who tried to tell them, “She’s lucky to have you!” It’s all part of why we need to reconsider how the word “adoption” is used and viewed.

When you brought your new best friend home from the shelter, or devoted time and money to a family around the holidays, was it because you wanted to look good for others? Probably not!

Nobody means any harm when they say that they’re excited to “adopt” an elderly neighbor for Christmas. In fact, it’s entirely the opposite.

But a small amount of harm is done by using these words, and I flinch.

What it Means for the Adoptee

For one thing, I’m (inadvertently) being compared to a cat. Or a highway.

I’m not a sad puppy that was rescued. I was loved and wanted, and both my birth and adoptive families did so much to make sure that I had the best life possible. I wasn’t an accessory to show off or a possession exchanged by signing papers and paying some money. I mean, yeah, paperwork and money is involved in adoption, but it’s also involved just in giving birth at a hospital. Adoption is rooted in love and involves some pain, work and a lifelong commitment. Adoption made me a daughter, granddaughter, sister, cousin and more — in several families at once, all of which love me.

So, you can maybe see where the seemingly harmless comparison to a highway makes me feel less-than-awesome. I bristle.

When people would come up to pet my big, three-legged, senior shelter dog, they’d ask if I “adopted” him.

“We found each other at the shelter, yes,” was usually my response. Because, even though pets are family and I know what you mean, “adoption” just isn’t quite the right word for that situation.

What it Means for Birth and Adoptive Families

If you didn’t already know, adoption is not easy. To place a child for adoption, you don’t just sign a couple forms and plunk down your baby. To adopt a child, you don’t just pay a fee and whisk your new baby home.

The process to “adopt” a highway or a pet pales in comparison to the adoption process for birth and adoptive parents. Were you fingerprinted by the F.B.I. to “adopt” your thing?

Overusing “adoption” as a buzzword devalues the emotional intensity of what birth and adoptive parents go through. Adoption is complex in every way, and it’s often equal parts painful and joyous. So, when you say that you “adopted” something, and you’re not referring to the legal process of adopting a person, you might think twice about that comparison and who you’re comparing yourself to.

Again, I think “adoption” is a strong word with a lot of weight, and the people who have experienced adoption have gained a deeper understanding of the word through no small amount of hardship. So, I encourage you: Don’t throw that weight around like it’s nothing. Consider how you might make birth and adoptive parents feel when you say you “adopted” something other than a child/teen/adult.

It’s just not the same as what they did.

It’s Just a Word, But It’s Also an Important One

Plenty of people will think this issue is too small to get worked up about. And I understand that this is a weird hill to die on.

Except I know I’m not the only one who feels this way.

Toy companies cash in on the good vibes of adoption by saying you can “adopt” a new doll. You can “adopt” an animal at the zoo if you donate some money. In reality, all you did was buy something.

Adoption is a lifelong promise between two families, permanently bound together for the sake of a person. A smidge different, right? It certainly feels different to this adoptee.

So, what could you say instead?

I usually just told people that I “got” my dog at the shelter. But you could also say that you “rescued” your pet. You could tell people that you’re helping out your elderly neighbor for Christmas or are donating gifts to a family. You’re cleaning up a highway. You just didn’t “adopt” any of these.

Throwing around the word “adoption” cheapens its meaning and the experiences of those who have been touched by adoption. Even though it’s just a word, consider using it with a little more care. 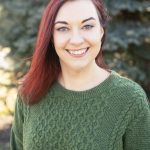 Diana Watts is an adoptee and a staff writer at American Adoptions. You can read more about her adoption story here.