“Let us hold fast the confession of our hope without wavering, for He who promised is faithful.” –Hebrews 10:23

On March 8, 2017, my husband, Brannon, and I took our then 3-year-old daughter to an office where we met with a very knowledgeable lady who answered all 501 questions we had about adoption. We left the adoption agency that night feeling overwhelmed with information, prayerful for decisions that would be made, and excited about the future.

Brannon and I had talked about adoption even before we were married. The thought at the time seemed more like fantasy, but now we would be pursuing this reality. Our journey up to this point had already been a roller coaster ride, and little did we know what was to come.

Brannon and I were married in January 2010, and it wasn’t until almost four years later we welcomed our first baby girl, Sweet Caroline. My pregnancy was perfect, and delivery seemed to be just as smooth, a façade for what lie ahead.

Three weeks after Caroline was born, our small little family ventured out to our local Target store on a gloomy New Year’s Day. My body had experienced constant, immense pain since Caroline’s birth, and while we were in Target, I began to severely hemorrhage. My dad, Battalion Chief of the Fire Department, was the first to arrive on scene that night, only to see what looked like a massacre where his baby girl sat. I was rushed to the emergency room, where immediate intervention began to take place. The next few days included emergency surgery, an almost fatal drop in blood pressure, a stint of unconsciousness, days in ICU, six bags of blood transfusions, and a very scared husband. Surely that much excitement would be sufficient for a while.

Over the next two years, three surgeries, countless bloodwork, and a hysterectomy planned, we realized what the doctors had concluded: that we would not be having more biological children because of all the complications I had from hemorrhaging. Through a prayerful year, we experienced a peace about this verdict because we felt so called to bring home a baby through adoption. 2017 would hail as a year of restoration for our family as we moved toward a hysterectomy in June and began the adoption process,  excited to focus on this new life we would be a part of. In the eight years we had been married, Brannon and I had never felt more called to anything like we did to adoption.

We commenced all the necessary research about how to get the adoption ball rolling. Our family and friends’ support encouraged us and would play a vital role in how 2017 would play out. After gathering an overload of information on our own, we made an appointment at our local adoption agency and home study office to get our feet on the right track. After meeting with our agency and even making more phone calls to other adoption consultants, we decided to pursue domestic adoption. We made arrangements with our local agency to do our home study in April, and an adoption consultant helped to guide us throughout the journey. Even at this point in the process, we still believed we knew what we were doing. We had victoriously finished the mounds of paperwork, answered more questions than we could imagine, and prayed over the story that was about to unfold. What could happen to surprise us that we could not handle now?

After talking with our pastor at church, he suggested that we make an announcement to the congregation about our intentions to adopt a baby. He wanted the church family to know of our plans and be able to offer support for us along the way. So, on Mother’s Day in 2017, I stood in front of our church to make public our decision to adopt and ask for prayers, encouragement, and even financial support by announcing our first fundraiser. The outpouring of love that day was more than we could have dreamed. We could not go through this life without those people who raise us up daily, especially as we embarked on this journey.

The very next day, I went off to work and shared the news with all my coworkers as well, greeted with the same level of excitement. However, my demeanor seemed thwarted despite my enthusiasm to share our newest update because of the nausea that crept up on me that day. My mind just knew I had contracted the stomach virus, and I would need to go to the store to get some medicine and some Sprite to ease these symptoms. After deciding to go to Wal-Mart for what I would need, I bought something else that I knew would be unnecessary — but I wanted to be 99.9 percent sure that this was just the stomach virus. I knew there was no way. I believed the doctors when they said it wasn’t possible. However, those two pink lines didn’t lie. I WAS PREGNANT. 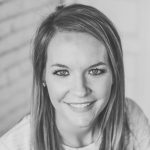