How DNA Sites Are Changing Adoption

Modern technology has opened up worlds of opportunity previous generations would have never dreamed possible. Whether it’s the ability to connect across the world with the tap of a screen, bank without a checking book or put the car in auto-pilot, there’s no doubt tech has made our lives easier. But does it always make our lives better?

The ethics of technology have become more and more scrutinized. Massive breaches of privacy, misuse of data and election tampering are some hot-button issues in the spotlight. Another issue that is just as important, but hasn’t garnered quite as much attention, is the intersection of DNA tracking sites and adoption.

Search and reunion has been overhauled by information made available through popular websites like 23andMe, as well as other DNA testing kits. This has made locating birth parents and other relatives from a family of origin more possible than ever before.

But, is this a good development? Is it bad? Or is it somewhere in between? As is the case with most things concerning adoption, the truth is in the gray area. Let’s take a look at the positive, and potential negative, impacts of DNA tracking websites on adoption. 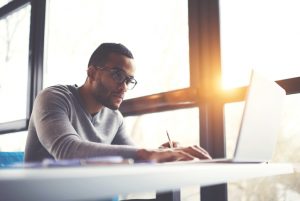 Adoptees in closed-adoption situations are often left with many questions about their family of origin. People form identities based on history. For adoptees, especially adoptees born during the era of closed adoptions, there’s often a missing piece at the center of their puzzle as they try to figure out who they are. Attempting to identify and contact birth parents is the process of search and reunion.

Conversely, some birth parents could initiate the same process. While search and reunions are often initiated by adoptees, a birth mother, father or sibling could decide years later that they want to reconnect with their child.

There are several ways to do this, depending on the state you are in and the state you were born in. Some states, like Kansas, for example, are open-record states. This means a call to the Office of Vital Statistics will give you the original birth certificate, which could have the birth parents’ names on it. Other states make it more difficult to obtain records.

DNA tracking websites have stepped in and completely changed what is possible in search and reunion. Whereas closed-record states used to be a dead-end, it’s now possible to find your family through other means. This has opened the door wide open for adoptees with a desire to understand their birth family’s heritage and birth parents with a desire to reconnect.

The Positives of DNA Websites for Adoptees and Birth Parents

An adoptee’s family of origin is an important part of their identity. This can be difficult to explain, because their adopted family is their “real” family. But still, understanding the family you came from, and the parents who chose adoption for you, can be a building block of a positive self-identity. Search and reunion can help piece this identity together. It also has the opportunity of creating a new, meaningful relationship.

For birth parents, there have been instances when a closed adoption was not their wish. While this rarely happens in modern-day adoption, which places the decision-making power squarely in the hands of the birth parents, adoptions that occurred several decades ago were not always as considerate of the birth parents’ wishes. Unlike in cases where a parent chose to have a closed adoption, older adoptions may have been forced to be closed. In these cases, it’s understandable that a birth parent would want to take advantage of new technology to find out who their child is and how they are doing.

The Potential Pitfalls of Search and Reunion Using DNA Websites

If a DNA website is being used to find a birth parent or adoptee, that almost certainly means it is a closed adoption. When a birth parent decides on a closed adoption, this could be a very intentional decision. As hard as it is to accept, they may not want to be found. The same could be true of adoptees, who could see an uninvited reintroduction to their family of origin as a complicated and unwelcome intrusion.

Even if a birth parent or adoptee chooses to take every step possible to secure complete privacy, they still have no say in whether or not they are located through a DNA tracking service. This is seen by many as a violation of privacy. On a very practical level, it should also be taken into account that a person who has no desire to be found may not react well to being contacted.

Ultimately, this is a question of consent and privacy. When a birth parent or adoptee is found using sites like 23andMe or Ancestry.com, they have no say in the matter. For something as important and life-altering as a reintroduction to a family member, shouldn’t personal consent be a highly valued moral consideration? Or, does the inherent connection to a member from the family of origin override an individual’s right to privacy?

These are the types of questions anyone using a DNA tracking service to locate a family member needs to ask. The answers could be different on a case-by-case basis. It’s gray; not black and white. As technology continues to change society in dramatic ways, these are questions we will need to continually ask, especially when it comes to adoption.