One Couple’s Journey to Complete Their Family with American Adoptions

Before our second biological child was born, my wife Tiffany told me, “I can’t do this again.” Her pregnancies caused her a lot of physical and mental anguish that were huge stressors on both of us. But, we both felt some disappointment; even before we were married, we had talked about wanting three children. We had purchased a home with a third child’s bedroom, and I knew it would never feel complete until they were all filled with children. 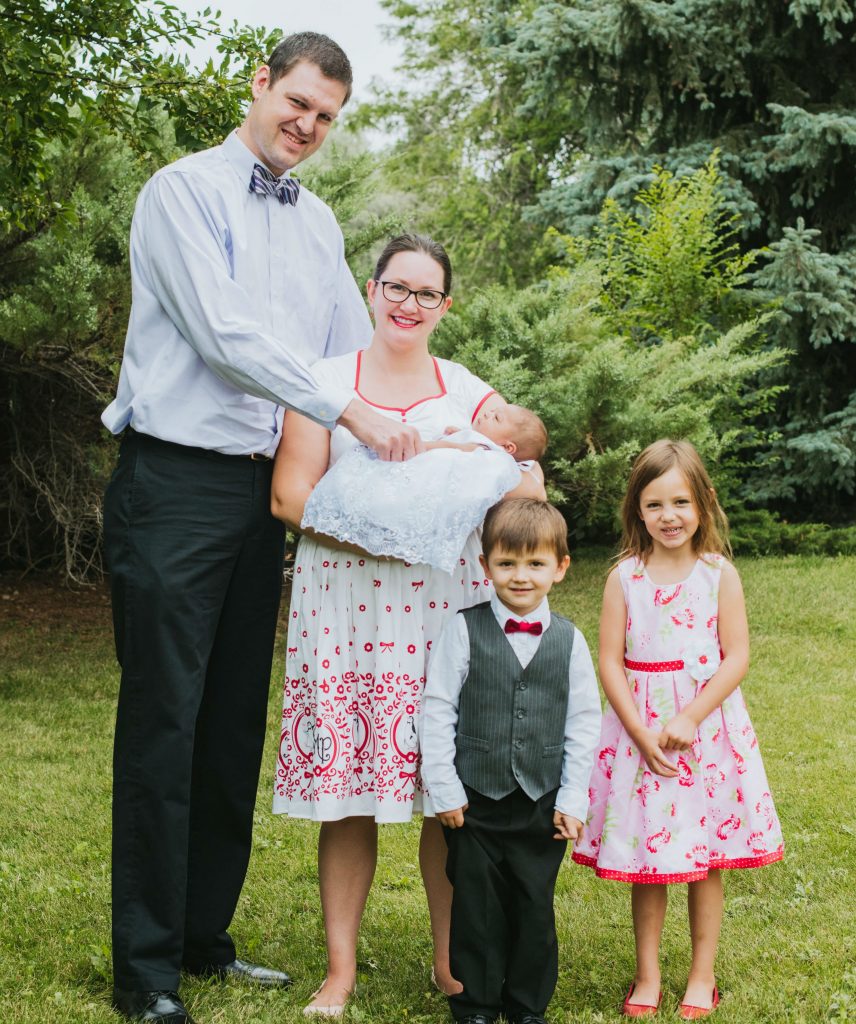 It didn’t take long for us to start discussing adoption. It felt like it only took minutes for us to get excited about it and to start investigating it further. Almost immediately after our son was born, we started the process of planning for our next baby. We read books and blogs and discussed our options among international or domestic adoption. We quickly settled on American Adoptions because of their scale and their insurance system.

We are both “planners” and like to have a lot of our lives organized well in advance. Adoption really challenged that part of us. We joked sometimes that we’d rather wait five years but know exactly when we would meet our baby than deal with the constant uncertainty of waiting for a match. The agency would occasionally contact us about a potential match — a match slightly outside our profile preferences, where they were trying to put together a sufficient portfolio to present the birth family. We were open to all of these but would go through a brief emotional rollercoaster: learning a little bit about a birth mother and her situation and struggles, spending a few days on pins and needles, but eventually hearing “not this time.” We also had one match and got as far as wiring our adoption funds, but had the match get quickly disrupted before we even had a call with the birth mother.

During our 18-month wait, we would sometimes tell each other, “Our baby might be out there right now — we just haven’t found out about her yet.” And, indeed, that was the case: after a long wait, we got a sudden call one April day.

“There’s a baby. She’s two days old. The birth mother chose you. Get on a plane.” 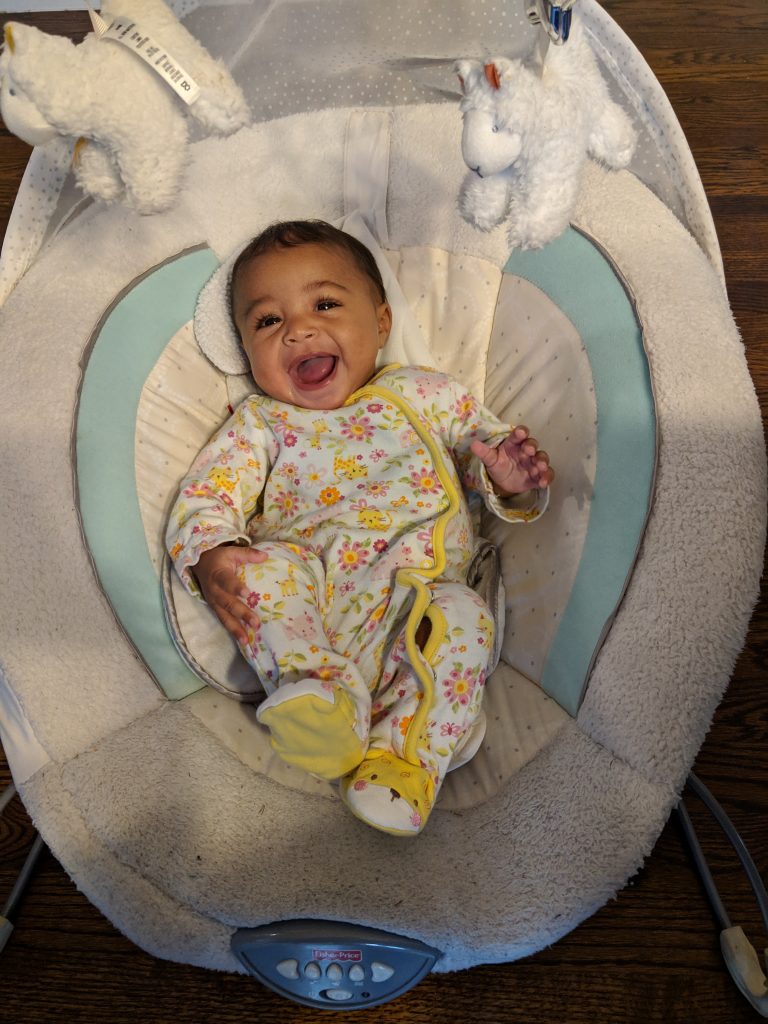 In a whirlwind, we packed and booked flights and somehow got our family of four (with my mother-in-law in tow) onto a plane to Florida within four hours of receiving the call. I cancelled work commitments and our RSVP to a friend’s wedding that weekend. Late that night, we checked into a hotel near the hospital.

The next few days held a lot of big developments. We met the birth parents, and soon after, met and held our precious baby daughter Ashley. The birth parents signed their adoption consents, and we received initial placement. The hospital started looking to us for decisions about her medical care. She was full-term but experiencing withdrawal symptoms from substance use by her birth mother. While her long-term prognosis was great, she was going to need a lengthy NICU stay to be slowly weaned off of medication.

I remember being fearful of how I’d instinctively react to an adopted child. Would I love them the same way as my biological children? Would it feel as real, as quickly?

For me, the bond was almost instant. As soon as we received placement and the hospital started treating us like parents, that’s what we were. There was nobody else around to love this baby, to hold her, to care for her the way we could. Being her parent isn’t about whose genes she has; it’s about who cradles her when she’s crying and needs comfort. Our parenting for her is every bit as real as for the children who share our DNA.

Her doctors reminded us that the best way to help her manage the withdrawal was to hold her and love her. We tried to keep an adult with her about 12 hours a day, while the other adults tried to keep our older kids entertained and out of trouble. After three weeks, the older kids were craving consistency and routine, so we opted to send Tiffany and Grammy back home with them. I moved into the Ronald McDonald House one block from the hospital and took on full-time care for Ashley. After a 40-day NICU stay she was released, and around a week later, the Florida courts cleared us to take her home. 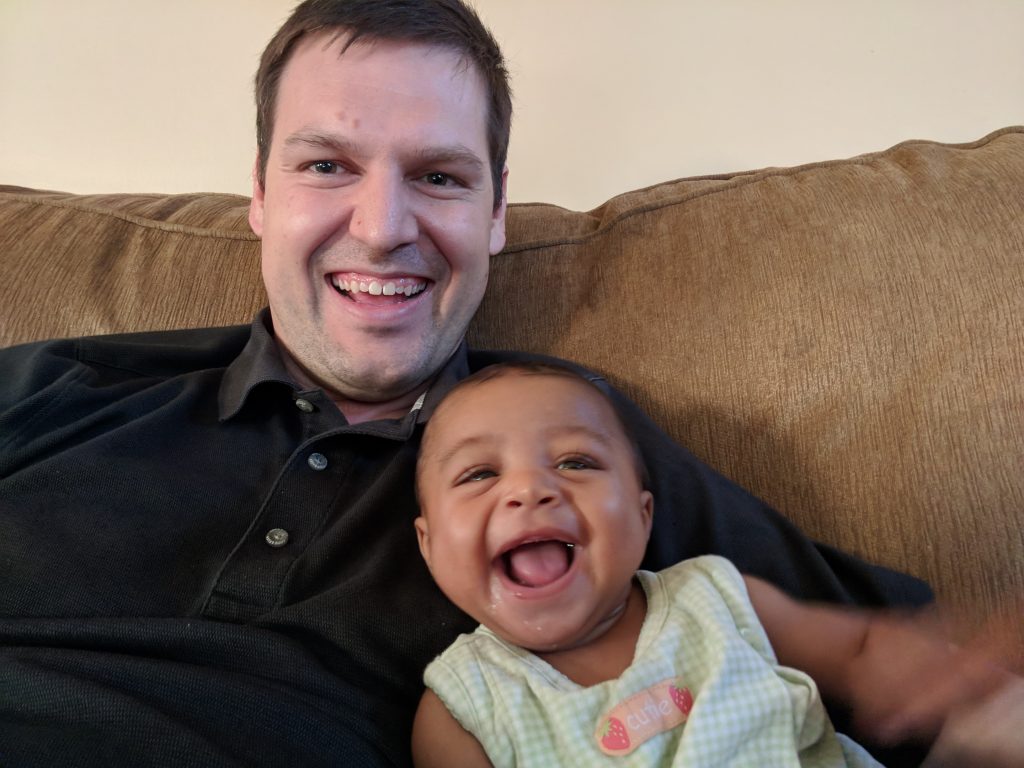 Ashley has been thriving since then. She’s very small, but healthy, energetic, and social. She overwhelms us with ready smiles and absolutely adores her siblings. Although she cried and struggled a lot in the hospital, she rarely cries now except when something is really wrong — when she’s hungry, poopy, or tired. And at 7 months old, she consistently sleeps 12 hours through the night, which is a huge relief to her tired parents.

Our daughter’s birth parents wanted an open adoption. When we met at the hospital, it was clear that they loved her dearly. They both had older children, but Ashley was the first girl for either, and she obviously held a special place in their hearts. Although they weren’t in a position to parent her, they obviously wanted the best for her. We gave her two middle names, after the names they had given her.

Before researching adoption, we, like many prospective adoptive families, were a little nervous at the prospect of an open adoption. But, as we learned more about it and the positive impact it has on both the birth parents and the adopted child, we were prepared and excited for an open adoption.

The birth parents were only able to manage one more hospital visit after the day when they signed their consent papers, but the birth mother will text us periodically and ask for pictures. We’ve been trying to find a balance between proactively sending her pictures of her beautiful baby and giving her space to deal with the emotions around adoption without our interference. We have a timeshare at Disney World and expect to have periodic opportunities for face-to-face visits in Florida. Although we’re anxious about how this unique relationship will unfold over time, we’re glad Ashley will have some access to her birth family and to the stories about how she came to be with us. 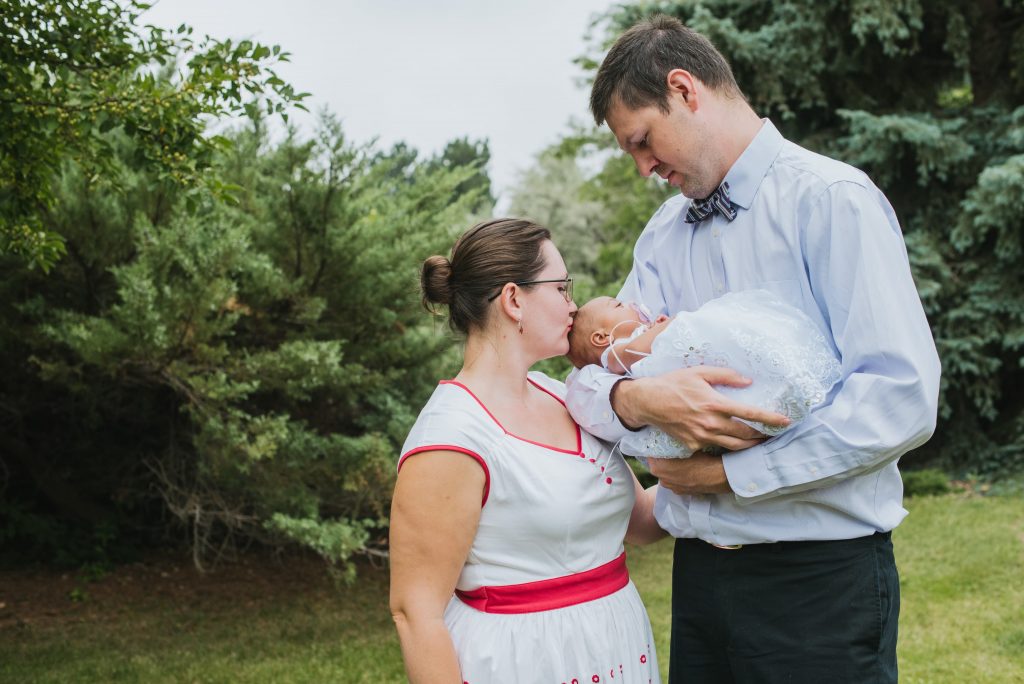