10 Things You Should Never Say to Someone Who’s Adopting 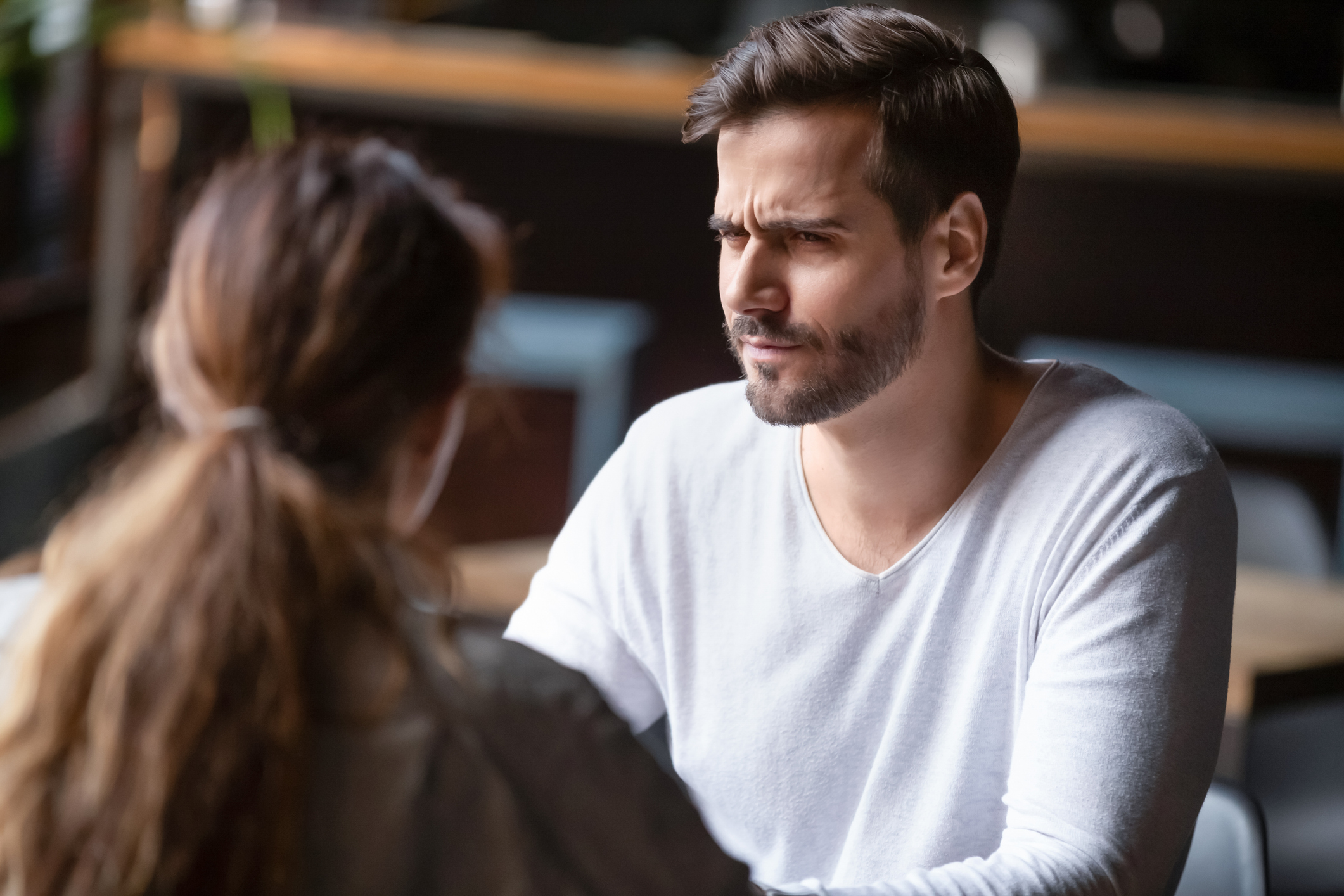 For many, adoption is a new subject. They may have never talked about this family-building method before, and they may still believe in the many adoption myths and misconceptions out there.

If you’re in this boat, it’s important to recognize which aspects of adoption are open topics — and which are not. Before you bring up adoption to your loved ones going through the journey, scrap these 10 comments from your list of icebreakers.

It’s considered rude to talk about salaries and home prices, so why do so many people think asking about adoption expenses is okay?

When someone adopts, the intimate details of their journey (including cost) are theirs alone to share. Don’t ever ask an adoptive parent about their adoption costs or expenses; if they want to talk about this subject, they’ll bring it up themselves.

In the meantime, you can do research on your own to find the answers to your questions.

There’s a lot of uncertainty in private infant adoption — wait times, adoption disruptions and more. Adoptive parents know about these aspects when they start this process, and they’ve done a great deal of soul-searching to prepare themselves for these possibilities. They don’t need you reminding them; they probably always have these questions in the back of their heads.

When you talk to an adoptive parent, always focus on the positive possibilities and joys. That’s why they’re pursuing adoption in the first place.

Congrats on your new addition — but adopting a pet from a shelter or breeder is in no way comparable to the hard work and preparation involved in adopting a child. Don’t be surprised if you get a swift eye roll with this comment; it’s certainly not the way to relate to and understand an adoptive parent’s journey.

While there are some admirable depictions of adoption on modern television, watching a dramatized adoption story is in no way equitable to the months and years of research that adoptive parents put into this process. Comparing their story to a fictional one trivializes their experience — not to mention that most adoption stories in TV and movies are dramatized to a point of inaccuracy and sensationalism.

5. “I have a friend/family member who adopted. Here’s what happened…”

Remember that every adoption journey is different. Just as there’s a wide range of variety from international to foster care to infant adoption, there are many differences within each kind of adoption, too. While it may seem relatable to bring up an acquaintance’s adoption story (even if it’s a positive experience), it may not bring any new insight to the adoptive parent. Instead, focus on their story and how much they do (or don’t) want to share.

6. “What’s wrong with the child/birth parents?”

Myths about infant adoption abound, and many people still believe those who place their children with other families must be dealing with impossible circumstances or that there’s something “wrong” with adopted children. The fact is that many birth parents are stable enough to recognize that they can’t provide the life they want for their child, and the majority of children placed through our agency are healthy babies.

This comment highlights the “otherness” of adoption, assuming that adoption is not the “normal” or “good” way to build a family — when it can instead lead to a beautiful connection between members of the adoption triad.

There may not be a biological connection, but adopted children are just as much a parent’s child as any genetically connected children. Cut this phrase and other adoption-negative language from your vernacular right now; telling someone that an adopted child is not really “theirs” invalidates their experiences as a hopeful parent.

Remember that not all adoptive parents choose adoption because of infertility. Many feel called to adoption for other, equally valid reasons.

8. “You’re such a good person for adopting!”

Similarly, adoption is also often viewed from another prism — that of the “savior” adoptive parent. The reality is that adoptive parents are pursuing adoption to become a family, with the same desires as anyone who has a biological child. Adoptive parents feel like they are the lucky ones for being chosen by birth parents, not that their children are “lucky” for being placed in their (implied “better”) family.

In fact, if a person is interested in adoption because they want to “save” a child, it’s a good indication they’re not really ready for the unique challenges of this journey.

For some reason, this myth about adoption persists. But there’s no proof that adopting increases your chance of becoming pregnant, and implying so is hurtful to parents who have accepted infertility and are excited for adoption. Having a biological child is not “better” than adopting; pregnancy is not an “end goal” for adoptive parents.

Ask about a hopeful parent’s excitement about adopting, not about a path they’ve decided against at this point.

Adoption is not easy, and adoptive parents have to take some important steps before they can even be approved for the process. After that, there’s the wait to receive an opportunity and the time spent getting to know a prospective birth mother before she delivers.

So, yes, adoption can take a long time. But an adoptive parent knows this — and they don’t need you reminding them of how long they’ve been waiting to have a child. Instead, they need your support and encouragement. Don’t trivialize their wait with lighthearted comments; express that you’re there for anything they may need (and make sure you mean it).

What are some other comments or thoughts about people should keep to themselves? Let us know in the comments.