4 Things People Still Get Wrong About Birth Mothers in 2019 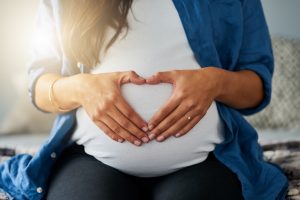 There are a lot of myths about adoption.

You should keep adoption a secret from a child.

People only adopt when they are faced with infertility.

While all of these misunderstandings are important to address, there may be no more mischaracterized aspect of adoption than the birth mother. Women who choose adoption for their babies are making a brave, loving decision. They’re also making a choice that is more difficult than any decision most people have to make. Yet there are still disrespectful and flat-out-wrong assumptions about birth mothers that persist in our cultural conception of adoption.

Today, we’re going to do our part to flip the script on several of these misleading narratives. These are some of the biggest things people still get wrong about birth mothers in adoption.

Myth #1: Birth Mothers Are All the Same

All birth mothers are young women who get pregnant on accident and can’t parent, right? Wrong. Not even close, in fact.

Many people will have a stereotypical image in their head when they think of women who choose adoption. The reality is that women from all walks of life create adoption plans. Young, old, single, married, rich, poor and everything in between.

Adoption comes from a place of love and can create a better future for both the mother and child — that means it is an option for all kinds of people. Over our 25 years of service at American Adoptions, we have worked with a diverse group of brave women who chose adoption for their babies. There’s no single type of woman who chooses adoption.

Myth #2: Birth Mothers Would Not Have Been Good Mothers

A woman choosing adoption says nothing of her ability to care for and love a child. In fact, choosing adoption is a mark of immense love, as any birth mother is making a difficult decision for the sake of her child.

It is true that adoption oftentimes creates a life full of opportunity for the child. However, this does not mean that the birth mom would not also have been able to provide a loving, nurturing environment for a child to grow in. For many women, it is simply the wrong time for an unplanned pregnancy. Our adoption specialists have seen many birth mothers go on to parent children in the future.

Myth #3: Adoption Is the Easy Way Out

It’s common to hear the phrase “give a child up for adoption.” This is misleading, because adoption is not at all like “giving up.” Giving up is easy — it’s quitting. Adoption is hard. It’s proactive. It’s a brave, loving, difficult decision that is made by a mother who wants what is best for her baby and is willing to sacrifice to make it happen.

When a woman chooses adoption, she is not making an easy choice. She is not giving up. She is, instead, doing something that takes incredible strength. In response, we should treat all birth mothers with the respect and dignity they deserve.

Myth #4: Birth Mothers Just Move On From Their Child

Sometimes it can be healthy to move on. Of course, we hope any woman who chooses adoption is able to reach a place of health and happiness. But the idea that birth mothers simply “move on” after the adoption is complete is not correct. Believing this false idea casts birth mothers as cold and heartless, which couldn’t be further from the truth.

More than 90 percent of domestic infant adoptions that occur today are at least semi-open. This didn’t used to be the case. It’s a trend in response to an important truth: Mothers want to know that their children are safe, loved and thriving. While a birth mother in an adoption no longer fills the role of parent, she still cares deeply. Many adoptive parents choose to honor her place in the child’s life with letters, photos, video calls and even in-person meetings.

These are only a few of the myths about birth mothers that people still believe in 2019. Our cultural understanding of adoption has continually improved, but we still have a ways to go. By sharing this with your friends and family, you can play a part in breaking down misperceptions.