Randall is certainly one of the most interesting and entertaining characters on “This is Us” — but that doesn’t mean he hasn’t had his traumas. A black man adopted into a white family as an infant, Randall has struggled through identity issues throughout the last three seasons. As viewers, we’ve watched him grow into his own through childhood and teenage flashbacks and through finding his birth family as an adult. 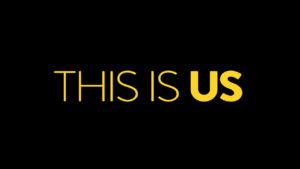 This week’s episode was no exception. With the Big Three (Kate, Randall and Kevin) set to enter seventh grade, parents Jack and Rebecca decided to throw one last summer Pearson Fun Day at the community pool. Once there, the moody teenagers went their separate ways to hang out with their respective friends.

Which brings us to Randall’s unfortunate encounter — and tough reminder of exactly the way the world views him as a transracial adoptee.

Randall and his other black friends are hanging out at the pool, minding their own business, when Kevin approaches the group. Initially, Randall is happy to bring his brother into his hang, but he quickly changes his mind when Kevin’s charisma garners more attention from his friends.

While listening to Kris Kross (a band Randall clearly doesn’t know), Kevin decides to rap along with the recording. Randall’s friends are impressed and Kevin, sensing his brother’s discomfort, tells Randall to take the next part. Randall fails miserably, prompting his friends to ask, “How is your brother blacker than you, Randall? Randall’s an Oreo.”

It’s just another moment in Randall’s life where he feels out of place among his black friends — not black enough to be truly “black,” yet too black to be “white.”

2. Fitting In at Howard University

Back in season 2, we get a flashback of Randall and Jack visiting colleges together. Randall, who is accepted at Ivy Leagues, is thrilled at the idea of attending Howard University, a historically black university in Washington, D.C.

When his father asks him about his preference for Howard, Randall reveals that college visit was one of the first times he hadn’t felt out of place in his life. Randall was always the outsider as the black kid in a white family, no matter what steps his parents took to include African-American peers in his childhood.

It’s a reminder to all transracial adoptive parents that, no matter how much you work to make a transracial adoptee feel included, there will always be some feelings of “otherness” that a child must work through on their own.

3. Facing Racist Remarks from His Grandmother

When a family adopts transracially, it can be new and awkward for extended family members. But it’s up to those family members to educate themselves and act appropriately, which Randall’s maternal grandmother does not.

She frequently makes offhand comments separating Randall from his siblings — calling them “the twins and Randall.” She expresses surprise at how smart he is and even goes so far as to give him a basketball for a gift, instead of a football (an activity which the whole family partakes in). While Randall accepts the comments in stride, Rebecca steps up and confronts her mother about the racist remarks.

If you’re a parent of a child of a different race, that’s your responsibility, too. You must be open and straightforward with your family about your expectations and what is not acceptable. An adopted child should never be treated differently and certainly not because of their race.

Here at American Adoptions, we understand the importance of educating all of our adoptive parents on the realities of adoption. Those who wish to adopt transracially are provided extra support and information to prepare them for the journey ahead.

We know that it’s love, not blood, that makes a family — but we also recognize that the differences in a transracial adoption cannot be ignored. That’s why, when you work with our agency, your adoption specialist will be available to you for as long as you need their advice after your finalization. Adoption is a lifelong journey, and American Adoptions will be there to support you through it.

For more information on transracial adoption or adoption with our agency in general, please contact us online or call our specialists at 1-800-ADOPTION.