Ellen and her husband Andres had spent six and a half years trying to bring a child into their lives, both naturally and through adoption before they called American Adoptions. After several adoption disruptions, American Adoptions finally contacted them on Dec. 4, 2015, with the adoption opportunity that would change their lives. Read the first part of her story here.

On Dec. 7, the birth mother’s American Adoptions social worker wrote to say that the birth mother had gone to the hospital with possible labor pains. She was not in labor — but was three centimeters dilated. The social worker also said, “She feels really prepared. She’s getting to the uncomfortable stage, so she is anxious to deliver whenever it comes.”

This was only three days after we said yes to the opportunity.

We had tickets to fly from Los Angeles to Boston in December to be with family for the holidays. This baby was being born in Philadelphia, so it would be an easy drive whenever the birth was going to take place. So, we flew into Boston on Dec. 17, arriving at about 8 p.m.

Lo and behold, after waking up the next morning, there was a message from our birth mother’s social worker telling us that our birth mother was headed to the hospital with presumed labor pains, and she would call us soon to tell us if she was being admitted or not. Soon after, we got a call back saying she was in labor and admitted into the hospital for the delivery. It was around 1 p.m. on Friday, Dec. 18. We jumped into the car and headed towards Philadelphia, getting updates along the way.

Our son was born at 4:58 that very afternoon. 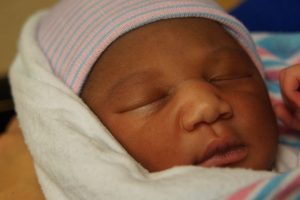 We arrived at the hospital shortly after 9 p.m. — and the head nurse didn’t have the paperwork to allow us in. Somehow, even though everyone knew the plan and the social worker was supposed to leave the paperwork when she finished her shift, she did not.

The next three hours were gut-wrenching and hard to believe. Our son was born and in the nursery, and we weren’t able to go and be with him. We spent a lot of time back and forth on the phone and via email with our social worker and the birth mother’s social worker from American Adoptions. They ended up calling the maternity floor and talking with the birth mother directly, who called her nurse and advocated strongly for us to be let in. We were so honored and humbled by this love and generosity of the birth mother.

We got word from our social worker that the head nurse (newly on her shift) was coming to get us. She pulled us aside and told us that when she got in to start her shift, she saw some notes and a phone number — and recognized it as American Adoptions. She told us, while shaking and through tears, that she, too, was an adoptive mother and had gone through American Adoptions. She was also determined to get us in as soon as possible.

It took another couple of hours, but shortly after midnight we got in to meet our son. Walking into the nursery was incredibly surreal. The staff left us alone to be with him, all courtesy of this nurse. 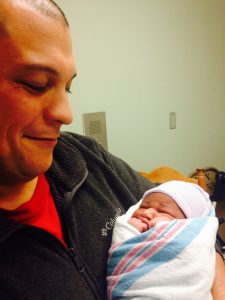 The hospital staff at this point forward was really wonderful. We were pleasantly surprised to be treated like we had given birth to him. We had final say in every single decision, and everything went smoothly. We spent a lot of time with our son skin-to-skin and took turns leaving to get something to eat. We barely put him down at all. This was intentional — it would have been unbearable to put him down. 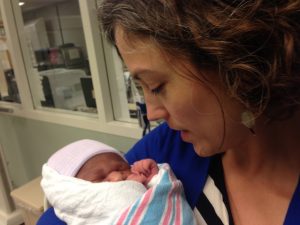 The waiting for the paperwork and for his birth mother and social worker to meet was intensely hard and emotional. We thought a lot about what this meant for our son now and in the future. We felt afraid, excited and sad, too.

We finally received word from our birth mother’s American Adoptions social worker at 3 p.m. on Dec. 22 that our baby boy’s birth mother had signed the paperwork and relinquished custody.

We got the call the following Wednesday, Dec. 30, that we were all set to travel. It was a whirlwind tour of New England with my sister’s family in Connecticut, my brother’s family and my parents’ house in Massachusetts, and then friends in New Hampshire and Maine, where we had just moved from. Victor was a rockstar moving from place to place. He met all of his cousins, much of the extended family and most of our closest friends from home. It was an extraordinary and gratifying time. 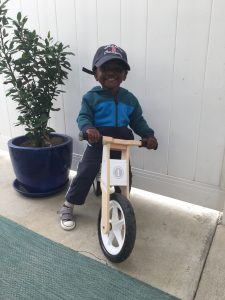 These last almost two years have been a treasure and a gift beyond measure. Victor is magic and light and wonder. He touches everyone who interacts with him in a deep way. He is coordinated and strong. He is clever and creative. He is an incredible problem solver. He is smart and very funny. He loves to read. He is super affectionate. He is a joy to be around.

Victor fills our hearts and souls every second of every day. He is our soul child. It could not have been any other little being.

Our social workers talk about this. They talk about how despite all of the worrying and all of the questions about matches and what feels good and what is scary, despite the waits and the disruptions and the heartaches along the way — somehow the child that was meant to be yours comes your way.

Adoption literature says that all adoptions start with loss and that is where we must start the conversation — start the healing. I don’t necessarily believe this. Yes, for some adoptive parents and for some adoptees, maybe most, there is loss. I would never deny this feeling or experience. For me, it’s different.

I always wanted and intended to adopt. I would have chosen adoption first if it were just up to me. I do not feel that Victor, as my son, came to me through loss. I don’t feel that I have a loss to heal. For Victor, he will have to determine that for himself.

Throughout our adoption process, we worked with a total of five agencies and more than 10 individual social workers directly. However, one of the greatest things about American Adoptions was how fast things happened.

We started our whole process with American Adoptions, from the first inquiring phone call, in February of 2015, and we were a family by Dec. 18, 2015. I wish we had come to American Adoptions sooner in the process, but I also know that would not have been possible.

For those out there looking for domestic infant adoption to happen as soon as possible, I can’t imagine a better agency. 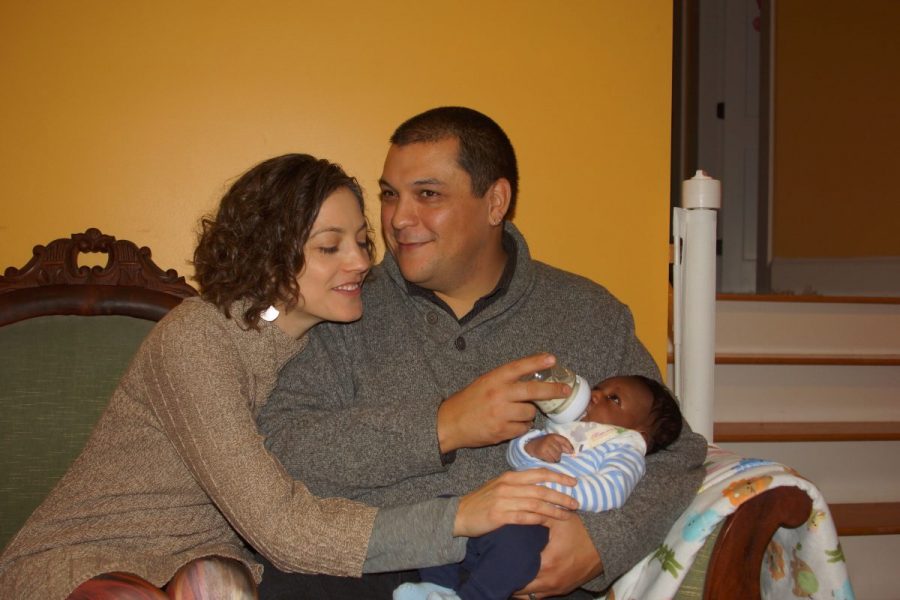