What Does Adoption Have to Do with Earth Day?

5 Environmentalists with an Adoption Connection

Earth Day is the perfect time to reflect on the interconnectedness of humanity. We need each other. We need a healthy earth and a beneficial ecosystem of relationships to create a world of peace and harmony. Two things that may appear to be unrelated are actually linked when you zoom out and look at the whole picture. For instance, adoption has played a part in some of the milestones of environmentalism. The bridge between the two is cloudy at first, but becomes clear when you pull back a few layers. 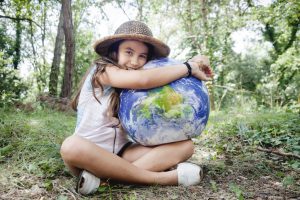 Some of the most impactful modern environmentalists, from researchers to activists to politicians, have been touched by adoption in one way or another. Much like the work these environmentalists have done, adoption creates opportunity. Anyone is capable of greatness. A child who is loved and feels secure has the opportunity to thrive, to become who they are meant to be. And who they are meant to be might just change the world.

These Earth Day heroes have become who they are, in part, because of adoption.

The divine voice of the beloved Planet Earth series, David Attenborough is an avid environmentalist and has introduced millions of people to some of the most beautiful areas of the world. Attenborough has also experienced the impact of adoption on his family, as his parents fostered his two sisters.

“They helped shape our lives,” Sir Richard Attenborough, David’s father, said in an interview. “We loved them and cherished them.”

David Attenborough’s life was shaped by his family, which was shaped by the impact of adoption. This propelled him into the work he does today — work that has helped people around the world love our planet.

Rachel Carson is an icon in the movement to live in natural harmony with the world. She challenged the idea that man-made elements like chemicals, specifically pesticides for farming, are a healthy way to go about living. Her writing was eloquent and forceful. She helped shift the conversation on the environmental impact of our actions, and the effects of her work are still being felt many years after she has passed.

Along with her work, Carson was an adoptive mother. Through her parenting, she passed on her ideals to the next generation. She taught her son Roger, “a general respect for the natural world, and a sense of the connections between things that aren’t obviously apparent.”

The medical impact of environmental disasters is widespread and largely still under-researched. The way pollution, chemicals and technology are affecting our bodies isn’t entirely clear. Sandra Steingraber has written some of the most clear-eyed literature on the subject; specifically the way pollution and cancer are intertwined. Her work has forced polluters, like chemicals plants or manufacturing companies, to consider how their waste could be harming communities.

Steingraber was adopted as an infant. Her life and work have been remarkable and meaningful. Adoption played a part by bringing her into a family. Many children who are adopted are given the opportunity to thrive, and what they grow up to be has a real chance to make a difference in the world.

You may not know John James Audubon’s name. You are likely aware of his most famous student, Charles Darwin. Audubon was an artist and professor. He single-handedly discovered and documented more than 20 new species of birds. Through intense research, he gave society a much greater understanding of the anatomy and physiology of birds. This same methodology was used by Darwin to help create the theory of evolution, a central scientific theory in understanding who we are as humans.

Audubon was legally adopted by his stepmother at a young age, which helped him find security in a family. His stepmother raised him and helped cultivate his passionate interest in nature. Without the family environment that raised him, we would understand much less about the Earth today.

The Ripple Effects of Adoption Can Go Anywhere

This is only a small sample size of stories. All show the same truth: Adoption is life-changing. When a child is adopted, they find the love and protection they need. This space in a family creates the opportunity to grow and thrive. Children who are adopted change the perspective of their parents along the way, sending out ripples into the world. A ripple can turn into a tidal wave.

Today, on Earth Day, we celebrate our world and the families who fill it up. We are all connected, and we can work together to make our home planet a better place.