Family . . . they are the ones who are there for you in good times and in bad. They are our support system. During these pandemic times, our family is our refuge, the people with whom we feel safe. So, who better to turn to when I found myself unexpectedly pregnant and without good options?

Making a Plan for an Unplanned Pregnancy

The year was 1981. I was about ten months in at the best job ever — associate producer for the legendary Phil Donahue. When the pregnancy test was positive, it shook me to my core. Unexpected, unplanned, unprepared. At first I wondered if my relatively new boyfriend and I could weather this storm and end up together. It turned out his plan was to ride out the pregnancy but not allow us to emotionally progress until “after the baby.” Time for Plan B.

Abortion was not an option for me. That left a) being a single mom with a 24/7 job, b) leaving my life for an unknown future closer to home and a support system, and c) adoption. Choice A meant my baby would be raised by the daycare system. She would be dropped off first thing in the morning, and stay until the end of day, and then what would I do if I had to work late, which I often did? What about travel, and weekend or night phone calls? I couldn’t see that working.

I researched Choice B, checking out job options in or near my home town. There was not one thing that came close to what I was doing. This choice would kill my career, and there were no guarantees that I would make enough to support us, let alone ever work in my field.  As time went on, Choice C became the option that truly was best for my baby, and therefore, for me. 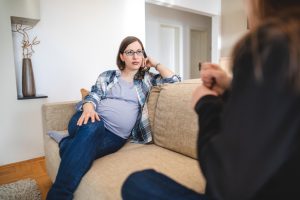 This was when my sister back home offered to adopt my unborn child. That phone call came as a complete surprise. In all my research on the different routes taken by women in my situation, I knew many considered having a member of the family raise their child. I’d read about grandparents, aunts, godparents, even siblings stepping in. In some ways, it made perfect sense to keep the child in the family, where the birth mom could still be a big part of his or her life. In some ways, it was very tempting. My first reaction was one of hope and possibility.

For some people, this could really work. But after much heart-felt and gut-wrenching deliberation, I decided it couldn’t work for me. It was very complicated, but in the end, I wondered if she and her husband could love my child just like their other three. I didn’t want anything less than total unconditional love for my baby. I worried about their marriage, which had its problems — what would happen if they got divorced? What if I didn’t approve of their parenting? This would not be a loan. I would be on the sidelines, second guessing each decision but unable to act on my child’s behalf. Plus, this was my family. If things went south, it could have a devastating effect on the whole family, including my parents.

I placed my daughter with an outside family, a family I wouldn’t know for sixteen years. It was easily the most difficult decision of my life, but it turns out it was the right one. My sister did end up divorced, and struggled with the three children she had. And, thank God, my daughter decided to meet me when she was sixteen. That reunion was the beginning of the blending of our two families into one.

For some, a family placement might work. But my experience shows that you must always listen to your heart and your gut. And put your child’s needs ahead of your own. If you do that, I believe things will always work out the way they should. 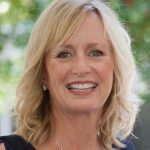 Lorri Antosz Benson is a two-time Emmy-Award-winning television producer, writer, author and former internationally syndicated columnist. Notably, she was the Senior Producer for DONAHUE, the acclaimed show hosted by the legendary Phil Donahue.

Benson has written three books, two on adoption. Her latest book, Adopting Hope,  is a tremendous resource for any parent, but especially for those in the adoption world. It is a collection of stories, lessons learned, and words of wisdom from birth parents, adoptive parents and adoptees from all over the country. This book follows To Have And Not To Hold, her memoir as a birth mother, the first in a series of three books for those involved in adoption.

Benson is Founder and CEO of Family Matters, her family advocacy organization. She also maintains a blog for empty nesters, Feathering My Empty Nest at www.FeatheringMyEmptyNest.tumblr.com. She and her husband Steve reside in Santa Monica, Calif. and have four children and five grandchildren.