This can be hard for some to accept, but most know it’s true. There is such a thing as “out of bounds” when it comes to comedy. Whether it’s a prank or a punch line, some things are best left unsaid. Or, in this case, unpublished. We’re talking about fake pregnancy announcements, an especially pertinent topic for today, April Fool’s Day.

These gag announcements may seem innocent. They may seem fun. Almost anyone who is going to post a fake pregnancy announcement is not posting with malice. But it’s the effect, not the intention, that rules the day. And the effect of a gag pregnancy post on April Fool’s Day can be devastating and harmful.

It’s best to avoid this particular genre of social media prank. Here’s why.

Pregnancy Isn’t a Joke, and Neither is Infertility 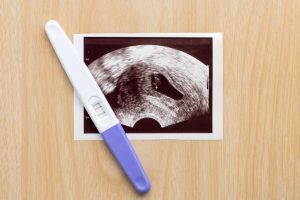 Is anyone posting a fake pregnancy announcement with the intention of making women who struggle with infertility feel bad? No, almost certainly not. But again, the intention of a post like this on April Fool’s Day is far outweighed by the effect.

The Centers for Disease Control and Prevention estimate that 12 percent of women in America have difficulties getting pregnant. If you are friends with 500 women on Facebook, or have 500 female followers on Instagram, that means, according to national averages, 60 of them struggle with infertility. This struggle can be difficult to describe and hard to understand for those on the outside. But try for a moment, if you can, to put yourself in the shoes of someone who is trying to get pregnant and can’t. Then imagine seeing someone else use pregnancy as a gag, a prank, a joke. Imagine the pain, and even shame, that could bring up.

That’s the effect that outweighs the intention. Thousands of women in America dream of starting a family each year. Thankfully, options such as adoption, surrogacy and IVF treatments provide a way forward for these women. Still, the healing process after experiencing the pain of infertility can be a long road. Stumbling upon a friends joke about pregnancy can be a massive roadblock.

Along with women who are unable to get pregnant, there are those who experience miscarriages. This number is even higher; about 10 to 20 percent of all pregnancies end in a miscarriage, according to the Mayo Clinic. The grief caused by a miscarriage is often heavy and long-lasting. The weight of unfulfilled hopes and dreams crashes hard on hopeful parents. Women in your social circles could have experienced a miscarriage you don’t know about days, weeks or months ago. It’s a pain that lingers, and seeing a “Gotcha!” fake pregnancy post drags that pain up for many women.

This discussion boils down to a simple point: the people who have experienced the pain get to draw the line. Jokes are inherently offensive. There’s a reason someone is the butt of the joke. And for a lot of subjects, that’s okay. But as our societal consciousness has expanded to include perspectives from an increasingly large number of marginalized groups, it’s become clear that many jokes were only funny to the people who never have to be the butt of them. As a wider swath of voices are permitted time to speak, and those voices say that the laughs come at a real cost, then no one gets to tell that joke anymore. Listening respectfully to the experiences of others always outweighs a couple likes online, or even laughs in real life.

Take a step back from the pain caused by gags about fake pregnancy and consider this as well: it’s not even funny. How many people have done this exact joke at this point? Ten thousand? A hundred thousand? Whatever the number, it’s enough that Amazon sells a product specifically for this played-out prank. Originality is a mark of creativity, and good comedy is nothing if not creative. If you think that gag announcement is going to be so good, well, it’s not. Joke’s on you.

What You Can Do To Help Instead of Hurt

Maybe you are just now realizing how widespread and difficult infertility is for women and couples. Because infertility often causes shame, it’s not something most people feel comfortable talking about. This causes it to fly under the radar, which creates a culture where people may think gag pregnancy posts are harmless.

You can do something to advocate for women experiencing infertility. First, if you see someone post a fake pregnancy announcement, you can gently and kindly ask them to consider how it may affect people who have experienced difficulties getting pregnant or miscarriages.

Second, National Infertility Awareness Week is right around the corner. Help break the stigma by using your social platforms to share facts and information about the impacts of infertility to women and couples in America.

Finally, you can support adoption organizations, foster care resources and other initiatives that give women struggling with infertility an opportunity to fulfill their dream of becoming a parent.

In the meantime, go play that prank or make that joke, but consider the consequences before you post. There are a lot better ways to use energy than making unfunny jokes.