5 Birth Mothers Share How an Adoption Scholarship Changed Their Lives

American Adoptions prides itself on the support it offers to prospective birth parents as they go through the adoption process — but our support doesn’t end there. In addition to providing counseling and open adoption support for years after a birth mother places her child for adoption, our agency also provides something unique to help birth parents start a new chapter in their lives.

American Adoptions started this scholarship program in 2001. We checked in on some of our previous scholarship recipients to celebrate the successes they’ve achieved since they received their scholarships:

Carly was 18 years old and already attending a local college for her general education requirements when she found out that she was pregnant. As an adoptee herself who wasn’t ready to raise a child, she knew that adoption was the right choice for her and her son.

“I just wasn’t at a place in my life where I knew I could give my son what I wanted him to have,” Carly says. “I knew what adoption did for me, and I decided to give him a better life.”

Carly knew she wanted to become a physical therapist but, right after placing her 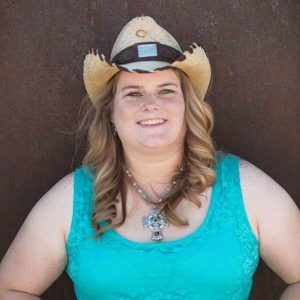 son for adoption, she also knew she wasn’t at the right place in her life to start going back to school. That was eight years ago and, this fall, she will graduate from a 20-month program with a physical therapist’s assistant degree, otherwise known as an occupational associate’s degree, from the Pima Medical Institute.

The support from American Adoptions — financial and emotional — has been instrumental in getting her to where she is today, she says.

“I never imagined how hard it was going to be when I was going to place my son for adoption,” she says. “It’s great to have kind of a sounding board, because I’ve never been through it, obviously, and I’m in the middle of it. But it’s nice to be able to talk to people about their story and what happened to them.

“I just think, overall, it’s changed my life so much because I don’t know what I would have done if I hadn’t chosen adoption,” she says.

When Julia unexpectedly became pregnant in 2013, she had no idea what she was going to do. But, knowing that abortion wasn’t an option and that she didn’t have the support from her child’s father, she decided that adoption was right for her.

“I knew I wanted my daughter to have a stable home as well as two parents that could love and nurture her into the young woman that I hope she will become,” she says. 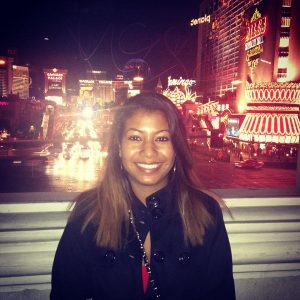 Less than eight months after she placed her daughter for adoption, Julia applied for American Adoptions’ birth mother scholarship. Already enrolled in a bachelor’s program and expecting to graduate just a year and half after placing her child for adoption, she hoped for financial assistance to help her pay off the remainder of her career at the private college she attended. After graduating with her bachelor’s degree, she recently gained admission to a master’s of public administration program, as well.

“I knew my life did not stop after adoption,” she says. “It gave me a second chance to pursue my goals and dreams so that I can be a better version of myself and help people along the way. I wanted to show my daughter that I didn’t give up on myself and, more importantly, her.”

Julia plans to use her degree to work in the higher education system, perhaps through career counseling or student affairs. In the meantime, she’s also created a support group for birth mothers like her.

“I want to help young women who have gone through the adoption process to help them live out their dreams, goals, and ambitions and help them not feel that their life has ended after adoption but rather begins,” she says.

Trillian was 19 and preparing to go to college after saving up full-time for a year when she found herself unexpectedly pregnant. She knew that she didn’t want to compromise her higher education plans (which she’d been dreaming of since starting high school) to raise a son she wasn’t ready for yet, so she chose American Adoptions to give herself and her child a better life.

“I was really excited to read the birth mothers’ stories on how the agency provides financial assistance for college,” she says. “I applied for the scholarship because I wanted to use every resource available to me from the agency.”

Unlike financial aid, the American Adoptions scholarship was provided to Trillian before school started, allowing her to purchase her books before her first class and 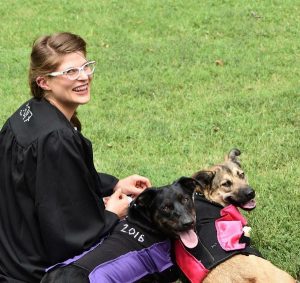 already be up to date on her first reading assignments. This allowed her to actively participate in class discussions from the start at her state university, from which she graduated with a dual bachelor’s degree in social work and gerontology.

Today, she works at an agency through which she originally had an internship, has recently been accepted into another state university’s master’s program and is considering either a social work or public health concentration — all because of her experience with American Adoptions.

“Before I started college, I was very lost as to what I wanted to study and which field I wanted to work in,” she says. “The support I received from the Birth Mother Peer Support helped me to really find my niche in the helping field…I couldn’t have done it without the help and support from American Adoptions.”

Julie was working full time in a busy emergency room and was one year into her master’s program when she found out she was pregnant. With her boyfriend just about to move out of state for a job relocation and herself remaining in town to finish her degree, they both knew they couldn’t raise their baby the way they wanted to — and knew adoption was their only option. 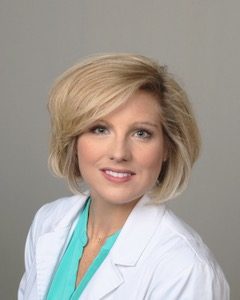 “We came to describe the decision for adoption as both the most selfish and selfless thing we have ever done — selfish in the sense that we both were adults, had good-paying jobs, homes, educations, and the ability to raise a child, but we chose not to because we knew we still had more personal goals to accomplish and it was not what was best for us,” she said. “Selfless because the baby was ours, we loved her, but we also wanted more for her.”

Julie still had two and a half years left in her master’s of nursing program when she became pregnant. Even though she was working full time, she was still taking out loans to cover her education. With the goals of completing her training on time with her classmates with the least amount of debt possible, she applied for American Adoptions’ birth mother scholarship.

With the financial assistance from the agency, she ended up graduating in December of 2016 with her Master’s of Science in Nursing and works full time as a nurse practitioner. While she’s done with school for now, she’s still considering a doctorate degree or post-master’s certification.

At the age of 22, this birth mother had recently dropped out of college when she became pregnant with twins. Because she was homeless and living in her car for the majority of her pregnancy, she choose to place her children for adoption knowing that she couldn’t financially, emotionally and mentally care for them the way they deserved.

“By the time the adoption process was over, I was already back on my feet contemplating what to do with my life,” she says. “When it was all said and done, I felt I owed it to myself to improve my lot in life.”

Her adoption process changed her life in more ways than she expected. Soon after, she realized that her own experience with adoption could offer something unique to those going through the same process in their lives.

“I have always thought of my adoption experience as an experience that I didn’t go through in order to be in the same position I was in before I got pregnant,” she says. “I feel that as humans, we go through things for a reason. For me, I feel that I went through that experience in order to figure out what my purpose in life was. As cliché as this sounds, I feel that my purpose in life is to help others who may be facing an adoption or who may just be down on their luck.”

*Name has been changed to protect birth mother’s identity.

We’re incredibly proud of what these five women have achieved. We know that they’ll continue to do amazing things in their lives, and we’re honored that they’re a part of the American Adoptions Family. Thank you to Carly, Julia, Trillian, Julie and Amanda* for sharing your stories!

You can send donations in check form to:

Or call 1-800-ADOPTION to learn more about how to help the birth parent scholarship program.