What You Need to Know About the History of Adoption 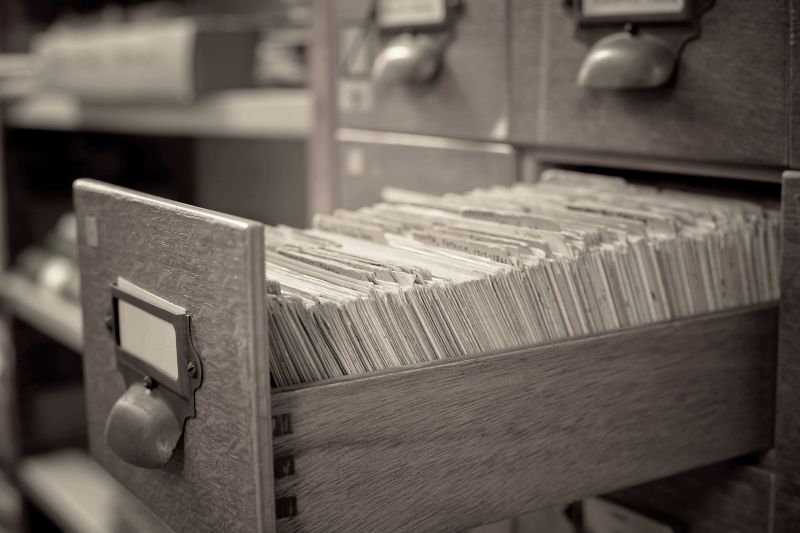 The history of adoption is extensive — in one form or another, adoption has been in existence as long as humans have. Even before it had an official term and was openly celebrated, adoption provided a way for parents who could not care for their children to place them in homes with willing and waiting parents.

It’s important to recognize that there are two general eras for the history of adoption in America: adoption before the 20th century and adoption after the first “modern” adoption law was passed in 1851.  As the decades have progressed, so have the laws and views surrounding adoption. It’s important to understand adoption history to better understand how adoption works today — and where it can go in the future.

Adoption Before the 20th Century

Like throughout most of the adoption history timeline, adoptions taking place during the 19th century and before were conducted in a very secretive manner. Many of the children who were adopted were placed with other families to avoid them being labeled as illegitimate. The stigma against unmarried mothers and their children was enough of a social threat that birth mothers chose to place their children for adoption (or were pressured into the choice by the father, family members or doctor) rather than raise them. Other reasons a birth mother placed her child for adoption could include poverty, illness and family crisis. Like today, the choice of adoption was generally made for the best interest of the newborn child.

However, not all placements during this time in the history of adoption were beneficial to the child. While there were adoptive parents who genuinely cared for and loved their adopted children, there were also adoptive parents who took in children simply for labor and profit. The added disadvantage of closed adoptions made it possible for a child to grow up and never know they were adopted.

While these kinds of adoptions would continue into the 20th century, there were no U.S. laws until 1851 that protected children who were adopted — which is why adoptions during this time are considered to have occurred before the “modern” era of adoption.

Adoptions After 1851: The “Modern” Age of Adoption History

As mentioned above, the history of adoption laws in the U.S. didn’t start until the first were passed in 1851, when Massachusetts implemented a statute that recognized adoption as a social and legal operation based on child welfare, rather than adult interests. This was a huge turning point for the history of child adoption; the Adoption of Children Act directed judges, for the first time, to ensure that adoption decrees were “fit and proper” (although how this determination was to be made was left up to the judges’ interpretation).

However, while this was the first step in moving toward modern, open adoptions, there was still a long way to go.

The History of Closed and Open Adoption

While there are no records on how many adoptions during the next half-century were voluntarily open and closed by the adoptive and birth parents involved, adoption certainly remained present. The period following World War II and ending in the early 1970s was known as the “Baby Scoop Era” — an unfortunate time in the history of adoption in the U.S. An increase in out-of-wedlock pregnancies led to an increased number in “voluntary” adoption placements, although the social pressures of being an unwed mother unfortunately led to many placements that were regretted by birth mothers. Adoptions reached their peak during this time period, with approximately 175,000 taking place in 1970, and 80 percent of these were arranged by agencies.

In 1996, Bastard Nation was founded as a group promoting adult adoptees’ rights to access sealed adoption records. Just two years later, Oregon passed a ballot measure allowing adult adoptees access to their original birth certificates. These moves marked the beginning of the modern history of open adoption — placements through which adoptive and birth parents can be in contact before, during and after the adoption process is complete.

For many years, open adoption was really “semi-open adoption.” Contact was mediated by the placing agency, with letter and pictures sent back and forth by professionals. Identifying information was kept secret to protect the privacy of both parties, but it also made future reunions difficult for all parties.

Fortunately, modern open adoption is much more direct among members of the triad. Today, 95 percent of adoptions involve some degree of openness for the benefit of all involved — birth parents, adoptive parents and, most importantly, the child at the center of the adoption triad. Technology like video calls and texting has made direct communication between parties much easier and more convenient than ever before.

American Adoptions is one of the leaders in open adoption; through our extensive education, matching and counseling services, we help protect the rights of those involved in open adoption now and in the future. Like open adoption itself, our services to you don’t end with an adoption placement or finalization; we’ll be there for you every step of the way.

While today transracial and special needs adoptions are common, for the majority of the 20th century, they were rare in the history of adoption in the world. And, when they were completed, they were done with the aim of “Americanizing” the children involved.

The History of Transracial Adoptions

The first recorded transracial adoption didn’t occur until 1948, when white parents adopted an African American child. This would be the documented start of so-called “interracial” adoption history. While agencies heavily promoted the idea of “race-matching” early in the history of adoption, determined would-be parents chose to adopt children of different races because of their overwhelming desire for a family.

The debate over whether domestic transracial adoptions were helpful or harmful continued well into the late 20th century (and, to a certain degree, still exists today). Transracial adoptions achieved through international adoption were generally more favorably viewed, so much so that the Child Welfare League of America updated its adoption standards in 1973 to recommend only same-race placement in domestic adoption.

There are still challenges that come with transracial adoptions, but growing racial diversity in the U.S. may help solve the existing prejudices surrounding these kinds of adoptions. Like many modern adoption agencies, American Adoptions celebrates any transracial adoption completed through our programs, and our social workers can help you prepare for successfully raising a child of another race. Because society views of transracial adoption have shifted dramatically, there is a lot of education and resources available to prospective adoptive parents today — making transracial adoption more widely understood and accepted.

Like transracial adoption, the placement of children with special needs has a controversial adoption history. Prior to World War II, adoption professionals and agencies usually ruled out the possibility of adoption for children with special needs. The popularity of eugenics at the time didn’t help; traditional views assumed that only white, healthy children were suitable to be adopted. While there were exceptions, many adoptive parents wanted children that would measure up to their own expectations for intelligence, background, appearance and behavior.

However, by the 1960s, adoption agencies had gathered resources specifically for special needs placements. Organizations were created that advocated for these “waiting” children (typically housed in foster care), who could be characterized as having special needs because of disabilities or other reasons, including their race or being a member of a sibling group. The increase in education and available resources, as well as the growing celebration of the differences and diversity of adoption, made special needs adoption more acceptable, especially for waiting families who wanted to be placed with a child quickly.

To learn more about the history of foster care and adoption in the United States or about modern foster care adoption, check out AdoptUSKids.org or contact your local social services.

History of International Adoption: The Rise and Fall

The history of adoption conducted internationally is scarce before World War II. But, due to the large number of children fathered by American soldiers abroad and abandoned by their mothers, the plight of these children became of great interest to many American families. Many of these families saw it as their Christian duty to “Americanize” these foreign children. However, child welfare professionals fought against the lack of regulation in these international adoptions, especially those conducted without the adoptive parents visiting their child’s native country for the adoption.

Eventually, in 1993, an international agreement was made to protect children adopted across national borders. The Hague Convention on the Protection of Children provides protections for both adopted children and adoptive families who complete an international adoption and marked a turning point in the history of intercountry adoption. If you choose to adopt from another country today, you may have to abide to the Convention process if you’re adopting from a Hague-associated country.

The History of LGBT Adoption

Unfortunately, LGBT adoption history in the U.S. (and around the world) is a fairly brief story. Although there is no evidence that children raised by LGBTQ parents fare any worse than children raised by heteronormative parents, for many decades, those who wished to adopt in the United States as a same-sex couple were turned away.

The history of same-sex adoption coincides with the history of LGBT rights. While LGBTQ parents commonly had children via assisted reproductive technologies in the 1980s and 1990s, it was still illegal for many of them to adopt children as an openly same-sex individual or couple.

In the decades to come, states began to roll back restrictions on same-sex marriage and adoption, allowing many would-be parents to add children to their home via adoption. It wasn’t until 2015, however, that the right to marry as a same-sex couple was federally protected. Thanks to the landmark LGBTQ rights case Obergefell v. Hodges, same-sex couples could marry across the U.S. — allowing them, in turn, to adopt as a married couple, too.

While the history of gay adoption in the United States is fraught with discrimination and bigotry, LGBTQ parents can rest assured that their right to adopt is federally protected. While states unfortunately continue to pass anti-LGBTQ-adoption bills in the name of “religious” freedom, there are still options for those who wish to add to their family in this way.

Adoption Today: Where the History of Adoption Leaves Us 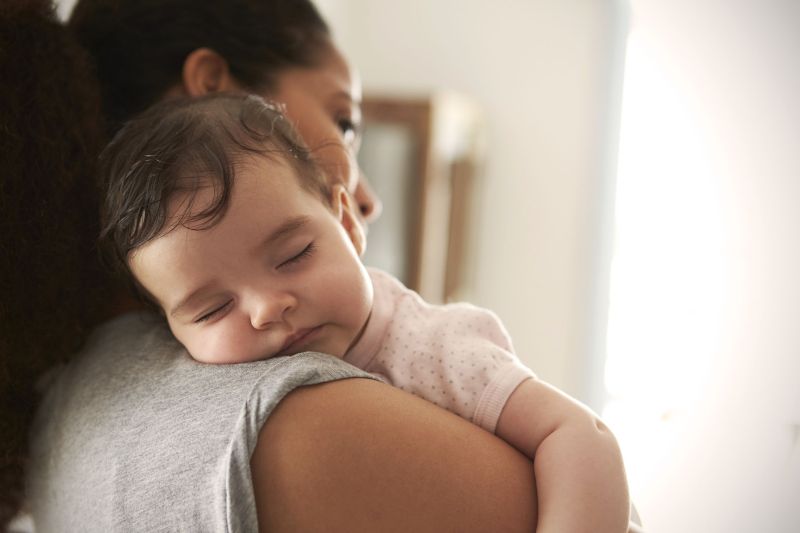 Clearly, the process of adoption has changed substantially in the last 100 years. Today, adoptions are celebrated as a unique and diverse way to create a family — with many paths to do so.

That’s not to say there aren’t still challenges related with the stigmas of infertility, adoption and blended families. But, as openness and honesty become cemented in the history of adoption in the U.S., it’s reasonable to expect that these attitudes will change sooner rather than later.

At American Adoptions, we’re committed to ushering in this new chapter of adoption history. With our focus on open adoptions, we provide genuine care for all points of the triad — adoptive parents, birth parents and adopted children. Emotional support, adoption education, financial responsibility, honesty and our commitment to you sets us apart from other agencies and helps us to ensure that adoption remains a celebrated part of American history.

As a national adoption agency, American Adoptions works with and promotes all types of families across the United States. Although some states have recently passed or introduced legislation allowing faith-based adoption agencies to reject adoptive parents based on their religion, sexual orientation or marital status, we remain committed to working with all types of adoptive families — including LGBTQ parents as well as Jewish, Muslim and interfaith couples.

Even as new laws and regulations are established in the future, you can be sure we’ll be there to protect what’s best for adoptive and birth families.