5 Birth Parent Testimonials to Read When You Need Encouragement

Choosing adoption for your baby is a brave decision. It can also be very challenging. If you are considering adoption, you’re likely already in a tense situation, facing an unplanned pregnancy that brings heightened emotions and stress. In times like these, solidarity goes a long way. 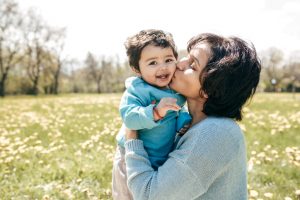 Many brave birth mothers have chosen adoption. Thankfully, some of them have been gracious enough to share their stories. As you go through this process, a voice saying “I’ve been there, too,” may be exactly what you need to hear. Advice and guidance from friends, family and professionals is great. But there’s nothing quite as reassuring as a story from someone else who went through the same thing.

Here are a few of the most encouraging testimonials we have heard from birth parents.

For When You Doubt Your Adoption Plan

This is a quote from Erika, a birth mother who chose a semi-open adoption for her baby. Throughout the adoption journey, Erika had moments of doubt, anxiety and confusion. This is such a big choice, and it’s totally natural to have doubts. But as Erika’s story shows, the support of her adoption specialist and her hope for her baby’s future made adoption one of the best choices she ever made.

For When You Have Questions About Open Adoption

The idea of open adoption can be scary, but that’s often because you aren’t sure what it will actually be like. Things that are new and unfamiliar can make us afraid. But as Caitlin’s story shows, open adoption can be a beautiful path forward in a prospective birth mother’s life.

Thanks to open adoption, Caitlin not only maintains a connection with her child, but also formed a new and meaningful relationship with the adoptive parents. Throughout the process, she got to know the adoptive family in pre-placement communication. The transition post-placement was smooth and helpful for Caitlin. Since then, the open adoption has continued to be one of the most important things in her life.

For When You Feel Unsupported

Our cultural understanding of adoption and the prevailing attitudes toward it have improved significantly. But there are still steps to take. Some people hold stereotypes about who places a child for adoption, and some still have negative views toward it. This is something you may have encountered in your adoption journey. If so, you’re not alone.

Casey encountered the same type of discouragement when she chose adoption for her baby. As a single mother working two jobs to make ends meet, providing for twin boys was becoming increasingly difficult. Casey wanted her boys to have a life full of opportunity. As she put it, “Some people are a product of their environment… I didn’t want the streets to raise them because I’m so busy trying to provide for them, and I wanted them to have a father figure.”

Even though Casey was making a brave decision out of love for her children, some people voiced their disagreement. She faced an unfortunate stigma toward adoption. But Casey persevered and made the right choice for her life and the life of her sons.

For When You are Still Young and Experiencing an Unplanned Pregnancy

Women from all walks of life choose adoption. An unplanned pregnancy is never easy. This can be especially true for younger women and teenagers. With so much life ahead, and so little foundation established, the thought of parenting can be overwhelming. If you find yourself in this situation, Hannah can relate.

Hannah was coming home for winter break after her first semester of college when she found out she was unexpectedly pregnant. With several years of school to complete and a whole future to figure out, Hannah knew she couldn’t parent. Still, she wanted her baby to have a safe, loving and nurturing family to grow up in. That’s why she chose adoption.

“I wouldn’t change a thing because I know how happy she is and that she has the safe, loving home I wanted for her,” Hannah said. “We are both extremely blessed.”

For When You’re Anxious About the Baby’s Future

Adoption comes from love. So many people fail to understand this, but we know. When a mother chooses adoption, she is doing so because she thinks that is the best way to fulfill the hopes and dreams she has for her baby. Post-placement, many women feel anxious about the future, and they hope that their child will have everything they ever wanted.

Michelle knows exactly what that is like. She tells her story in amazing detail, and many prospective birth mothers have taken comfort in her words, particularly how she is able to recount the life her child has because of adoption.

“Over the years I have been able to see all the wonderful things he has been able to do. He plays basketball, baseball, soccer, and even has tried wrestling. He also had had the opportunity to go on a jet ski and go on the boat at his parent’s lake house,” Michelle said. “He has all these opportunities because of adoption.”

Every adoption is unique, and there are many more amazing stories out there. You may have an uplifting story of your own. If so, you can always send it to editors@americanadoptions.com.