9 Things You Should Never, Ever Ask a Birth Parent 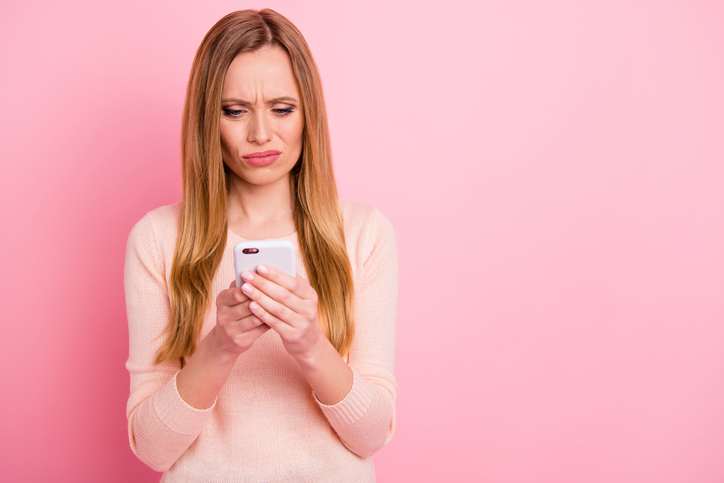 It’s normal to have a lot of questions about what it’s like to place a baby for adoption. For many people, the only thing they know about this process is from movies, books or TV shows.

So, when you meet or get to know a birth parent, you might have some questions about what the process is really like. But just because you can ask about them doesn’t mean that you should.

Whether you’re a friend or family member of a birth parent, or you’re just curious about the adoption process, here are nine things that you should never ask when you talk to a birth parent about their adoption decision.

1. Doesn’t this mean that you won’t see your baby again?

Most people still believe that adoption hasn’t changed much in the last few decades. Before the 20th century, it was common for a woman to place her child into a closed adoption, meaning that she had almost no contact with him or her or the adoptive family.

The good news is that adoption today looks very different. A woman does have the option of sharing as much contact as she wants with her child and the adoptive family through pictures, emails, phone calls, in-person visits and more.

Choosing adoption does not automatically mean that a birth parent is never going to see their baby again, and it’s unfair to assume otherwise.

This is probably one of the biggest, hurtful stereotypes about birth parents. But, to answer your question, no.

Placing a baby for adoption is an incredible, life-changing decision that comes with grief and pain. Birth parents are not being selfish when they choose this path, regardless of how much hurt they’re going through. In fact, they’re making the most selfless decision of all out of the utmost love for their babies.

3. Why did you choose adoption over abortion or parenting?

Everyone has their own opinion about what a woman should do with an unplanned pregnancy. At the end of the day, it’s really not up to you to share what you would do in her situation.

Remember, a woman facing an unplanned pregnancy is the only one who can determine what is best for her and her baby.

4. Why did you give your child away?

There are so many things wrong with this statement.

First of all, birth parents don’t “give their baby away” or “give up” on their child when they choose adoption. If they choose this unplanned pregnancy option, they’re doing so out of love. In fact, you could say that they only thing a birth parent gives their child is a life full of love and opportunities.

When you talk about adoption, remember that there are other phrases that you can use that don’t include “give up” — for example, use “place a baby up for adoption” or “make an adoption plan” instead.

Birth parents don’t feel like they “gave up” their babies, and neither should you.

5. Why couldn’t you just keep your baby?

There are many reasons why a woman places her baby for her adoption. But that doesn’t mean she has to share those with anyone who asks.

Choosing adoption instead of parenting isn’t as simple or easy as you might assume. If a birth parent wants to tell you why they placed her child up for adoption, they will.

But until then, you should respect that they’re allowed to keep their reasons for choosing adoption to themselves.

6. Are you doing this to get money?

Some people believe that women place their babies for adoption in exchange for payment. But, before you ask this, you should know that it is illegal to receive payment in exchange for a child in every state. And, while it is possible to receive financial assistance, that’s not a compelling reason why an expectant mother is considering adoption either.

While financial assistance is always be helpful during a pregnancy, a birth parent’s first priority when making an adoption plan is giving their child the best possible life.

7. Do you regret choosing adoption?

When a birth parent places their baby for adoption, they have thought long and hard about their decision. They were faced with an incredibly difficult decision, and they did the very best they could for their situation.

8. What will your child think of you when they get older?

This is one big topic that birth parents worry about, and it can be hurtful to bring it up.

As we mentioned earlier, birth parents can be involved in their child’s life as much as they feel comfortable with. This means that many adoptees grow up knowing their adoption story. As a result, an adoptee grows up with love and respect for the adoption decision their birth parents made.

9. Don’t you still feel sad about the adoption?

Of course a birth parent feels sad. How could they not?

Adoption is the hardest choice a parent will ever make, and it’s not something they just “get over.”

It’s normal for a birth parent to experience grief and loss throughout their life, but that doesn’t mean they have to divulge those feelings to anyone who asks.

Before you ask this question, just think. Wouldn’t you be sad about placing a child up for adoption?

We know how tempting it is to ask some of these questions, especially when you’re new to adoption or if you’ve never met a birth parent before. But, before you do so, just think before you ask!