I was placed in a closed adoption through Catholic Charities. My birth parents met in college, but they were never dating or anything. My birth father was 19, and my birth mom was 20. They both had really high expectations for themselves, education-wise, so they wanted to continue college. 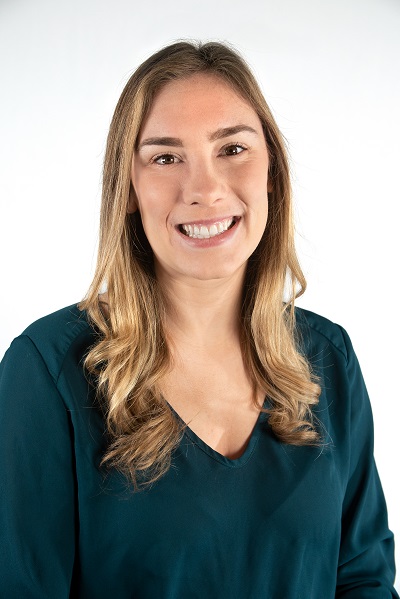 My adoptive parents met my birth parents three weeks before I was born, but that was the only contact they had — just the one time. My mom said she was so nervous. She told me she’d worried about normal adoptive parent stuff, like, “What do I wear? I didn't want to come across as being too pretentious, but I didn't want them to think that we weren't able to take care of you. And I analyzed every little detail, like my blouse and did I look put-together but not too put-together and that kind of stuff.” They sat there with my birth parents talking for about three hours.

I guess my birth mom treated it as a kind of interview. You know: “I read your guys' profile. I like it. I have to meet you guys, but you need to promise me certain things.” My mom always said, “Your birth mother knew exactly what she wanted for you. We promised them that we would give you everything that we could under the sun.” My birth mom mostly just wanted me to have a happy, healthy life.

I was born two days after Christmas, but I had to stay in the hospital a little bit because I had jaundice and then there was huge snow storm. So, a wonderful social worker actually took me to my home.

I have home video of me and my parents meeting for the first time. My brother and extended family members and everybody was there waiting. That was New Year’s Eve, so New Year's Eve is now “Jenna Day.” My mom still calls me to wish me a Happy Jenna Day and sends me a card.

Growing up, “Jenna Day” was always a specific time when we talked about my birth parents — how much they love me and why they made this decision. And my parents would talk about how I was special because I had extra people that loved me. I never knew that there was a stigma associated with birth parents or adoption. I walked into my kindergarten class, and went, “I'm Jenna and I'm adopted!” Then, as I grew up, I started to realize that maybe everybody's adoption story wasn't quite like mine.

Being Open About My Adoption Story

People always asked: “Have you met your ‘real’ parents? Do you know what they look like? Do you know where they are?” And then I had people that would come to me in private and tell me, “I'm also adopted, but I haven't been dealing with it very well.” I had that happen a few times in high school and in college where I was just somewhere and being open about my story and talking about it in a positive light, and people would approach me later. I really credit my parents for talking about my adoption story positively and always being honest. But, I learned some people did not have great adoption stories like I did.

For me, being adopted is just a thing. It's not that big a deal. But I once told some people that I was adopted, and this guy said, “Wow, you're pretty normal for an adopted kid.” And I remember that was the first time I had ever realized that maybe adopted kids weren't seen as normal by some people, because I was raised in kind of a sheltered adoption that was really positive. In my family, it was always so amazing.

I think sharing your story, whether it's adoption or anything else, can probably benefit someone. And I love hearing other people's experiences. I think just sharing my story helps de-stigmatize things for so many people.

I know I'm so lucky in having a stereotypical adoption story: Two kids in college who weren’t ready to handle it. It was an easy story for my parents to tell me. But, for some of the more complex and emotionally difficult adoption situations that I’ve seen as an adoption specialist, I understand how it can sometimes be difficult for adoptive parents to tell that story while maintaining honesty — and for kids in those situations to grow up with a positive view of adoption.

My Work as an Adoption Specialist

I actually saw a posting for a job at American Adoptions before I had graduated, years ago. I was doing an internship at a mental health hospital, but I sent in my resume, and Jen (also an adoptee) immediately got back to me and said, “Yeah, we're super interested. Get your degree and your license and come talk to us.”

Later, when I was looking for a new job, I reached back out to Jen. She called me two weeks later — American Adoptions had just opened up a position, and she wanted to know if I was interested.

Jen was kind of intense during my interview, because as an adopted kid herself, she asked about my adoption story, and she asked how I thought it was going to affect my work. And I gave her my fluffy version of my adoption story. She said, “That's not what I'm talking about. You don't have only positive feelings towards your adoption. You're lying. And at this job, you don't get to choose to not talk about adoption or to not be around adoption. In your normal life, if you don't want to talk to somebody about it, you can just move on. Here, if you're having a bad day, things can come up that trigger you from your own experiences.”

And at that time, I hadn't reached out to either one of my birth parents yet, so I was like, “I don't know them,” and I kind of told her that was going on. And my parents are amazing, but being adopted didn’t shelter me from anything — everything wasn’t perfect all the time.

Now, as an adoption specialist, I work with women who are facing unplanned pregnancies and considering adoption. I don't share that I'm adopted with most of the women that I work with, but I’ll share it if I feel like it'll be beneficial to that prospective birth mom. If I do mention it, all I’ll say is, “Hey, I just want to let you know that I'm adopted. I'm an open book, and if you want to ask me questions about my experience or what that's been like, go ahead. Keep in mind, adoption is very different now than it used to be, but I'm happy to answer any questions.” And a lot of time I think they’re just like, “Oh, you seem pretty normal, I like working with you and you don’t seem like you are damaged or scarred in any way.”

I never really had a huge drive to connect with my birth parents until I started working at American Adoptions.

Within the past year, I've connected with both of my birth parents, and it's been a really phenomenal experience. I haven't met either of them in person yet. There is talk of them coming this summer separately to visit. My adoptive parents obviously know that I'm in contact with them, and they're super supportive.

I've had my birth parents’ full names since I was 18, and I've just never done anything with them. I figured they would've been in the middle of having their own kids, marriages and careers. So I chose not to contact them then, but 10 years later, when I started working here, I just Googled my birth father and he was right there. I saw his email, so I emailed him within five minutes. He emailed me back within 20–30 minutes.

After I got in touch with my birth father, I emailed my birth mom. I just found her email somewhere. I had searched for her before, but she was more difficult to find because she got married, so I didn't know her new last name. I copied and pasted what I sent my birth father and just tweaked it for my birth mom. She emailed back within a few hours.

Reflecting After a Birth Parent Reunion

When I was first about to contact my birth parents, I worried about how I had put them on this pedestal for so long — they could be any of these people who are so amazing and perfect. I thought, “When I reach out, I'm going to find out that they were real people all along. People who make mistakes.”

I think that’s important to know for all those adoptees who feel like they have a hole: Knowing your birth parents is not going to fill it.

My life is good now that I know my birth parents, but my life was also good before I did.