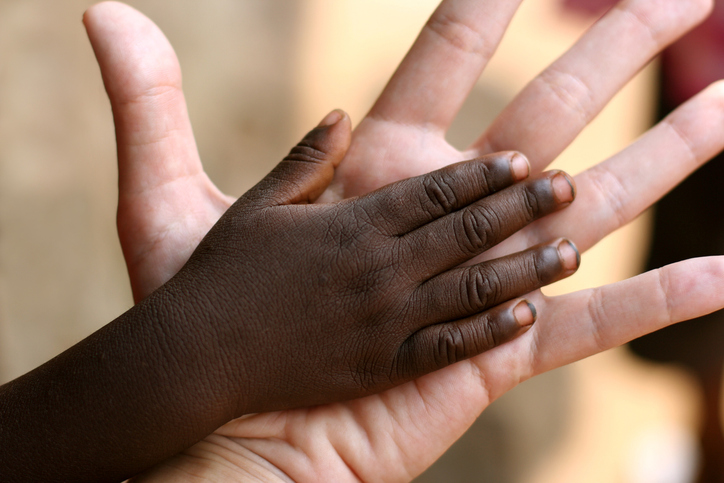 Being adopted comes with its own set of challenges. But, when you’re an adoptee with a different skin tone than your adoptive family, those challenges are multiplied.

If you’re a transracial adoptee, you don’t need us to tell you that. But we are here to tell you that there is support for people like you. All you have to do is look for it.

American Adoptions is committed to all the well-being of all adoptees, but especially to those adopted through our agency by parents of a different race. We work hard to educate prospective adoptive parents about the unique challenges experienced by transracial adoptees (challenges you know well). Therefore, this article serves as not only a guide for transracial adoptees like yourself but also for hopeful parents researching during their journey to adopt a baby.

We encourage any prospective adoptive parent to speak at length with a trained adoption specialist if they are considering this adoption path. In the meantime, readers can learn a bit more about the challenges faced by transracial adoptees below.

If you’re a transracial adoptee, remember: You are not alone, and your feelings are valid. But there are ways you can overcome these challenges and move forward in a positive, healthy way.

When transracial adoptees tell their stories, it can be surprising how much variety there is. Some adoptees feel perfectly fine about growing up with parents of a certain race; they received all the racial culture and heritage they needed, and they feel like they “fit in” perfectly with their family, no matter their skin color.

Other transracial adoptees, unfortunately, don’t feel the same. They may love their adoptive parents but mourn the connection to their race and culture that their birth parents could have provided. This is especially common for international adoptees, who often have no connection at all to their biological parents or native country.

It’s imperative for a child to be raised around people who look like them — community members and role models they can look up to during their identity-building period. In fact, multiple studies have shown that proper racial-ethnic socialization leads to healthy outcomes for transracial adoptees.

Unfortunately, not all transracial adoptees are afforded these opportunities. And the lack of diversity can impact them for the rest of their lives.

Chad Goller-Sojourner, adopted at 13 months to white parents in Tacoma, grew up in a white suburb. And, although his parents sent him and his siblings to a more diverse school in a different neighborhood, he told NPR there was a limit to what they could provide:

One of the things I think was hardest for me is I didn't have any independent relationships with black people, especially adult black people, till I was an adult. I was 25 before I saw a black doctor… If you don't have any close friends or people who look like your kid before you adopt a kid, then why are you adopting that kid? Your child should not be your first black friend.

As our specialists tell adoptive parents all the time, a transracial adoption requires more than just “diverse” picture books and play toys. It often requires an adoptive parent (usually white) to step outside their comfort zone and established worldview — moving to a more diverse neighborhood they’re not as familiar with, enrolling their child in extracurriculars in a different neighborhood and making that 45-minute commute, etc. Transracial adoption is hard, but it can be done successfully, if parents are 100% committed to making those lifestyle changes.

And racism is not something that can be wished or willed away. It will happen, and adoptive parents need to prepare for it.

As Nicole Chung — a Korean adoptee with a white family — details in her book All You Can Ever Know, she experienced racism often, despite her parents’ best efforts:

Having a white family was no kind of inoculation — usually it just meant that I faced those battles alone. As much as they loved me, my family could not always understand or help me fight a form of prejudice they had never experienced.

Many hopeful parents come to our agency, determined to have a child, saying that the color of their future baby’s skin “doesn’t matter.” But it does, and we set them straight right away.

Can they ensure their extended family will support and love a child of a different race? It’s one thing to change your own lifestyle to benefit a transracial adoptee, but it’s near impossible to control others’ reactions. Transracial adoptees know when they are treated as “other,” whether it’s through overt racism or microagressions.

If an adoptive family cannot commit to this, our specialists encourage them to choose a same-race adoption path, instead.

3. Lack of Connection to Birth Culture

Transracial adoptees — both those adopted domestically and from other countries — stand the risk of losing their connection to their birth culture and history. Adoptees can sometimes feel like they’re pulled in two different directions, as black adoptee Angela Tucker (adopted by white parents) says:

By definition, transracial adoptees lose their birth culture. In addition to losing our culture, there is an unspoken rule that adoptees should be grateful to [likely] climb the social ranks simply by being grafted in to a new family.

4. Struggles with Racial and Cultural Self-Identity

One of the interesting things from when I was younger is when you grow up with white parents, white neighborhood, white church, your default identity is a white kid. Blackness comes later. People always reminded me I was black.

But this feeling isn’t limited to black transracial adoptees. It’s experienced by many adoptees of color placed with white adoptive parents. As Chung writes in The Guardian:

Because I moved in entirely white circles as a child, I acquired a kind of instinctive understanding of whiteness, if not white privilege itself. I was in my late 20s before I really began to interrogate the ways in which I had been uniquely positioned, as a transracial adoptee, to adapt and make myself more palatable to white people. I started to wonder who I might have become otherwise, and how my adoption and subsequent proximity to whiteness could be used to bolster the pernicious racism at the heart of the colorblindness myth – how it could even be wielded against other people of color.

This issue can be one of the more complicated in transracial adoptions. Adoptive parents can take as many steps as they can toward providing a diverse, positive community for their child, but identity formation is ultimately up to the adoptee.

If you’re struggling with your sense of self-identity as an adoptee, know that you’re not alone.

Facing these Challenges as a Transracial Adoptee

If any of the challenges listed above (or more) ring true to you, there is help. You don’t need to move forward alone, but you will need to be brave enough to ask for the support you deserve.

If you haven’t already, consider connecting with other transracial adoptees through in-person and online support groups. You can find people who relate to what you are feeling, and they may be able to provide suggestions and resources to help you move forward in a positive way.

You might also benefit from speaking with a counselor. As long as you work with a counselor knowledgeable in adoption issues (specifically, transracial adoption issues), you may find the objective advice you are looking for. Counseling is not a sign that you are weak or that something is “wrong” with you; instead, it’s one of the best ways to find the support you deserve.

If you are a transracial adoptee placed through American Adoptions, you can always reach out to our adoption specialists at 1-800-ADOPTION. We will do our best to answer any questions you may have about your adoption story and refer you to any additional resources you might need during this time.