The Possible Long-Term Effects of Adoption on Adoptees 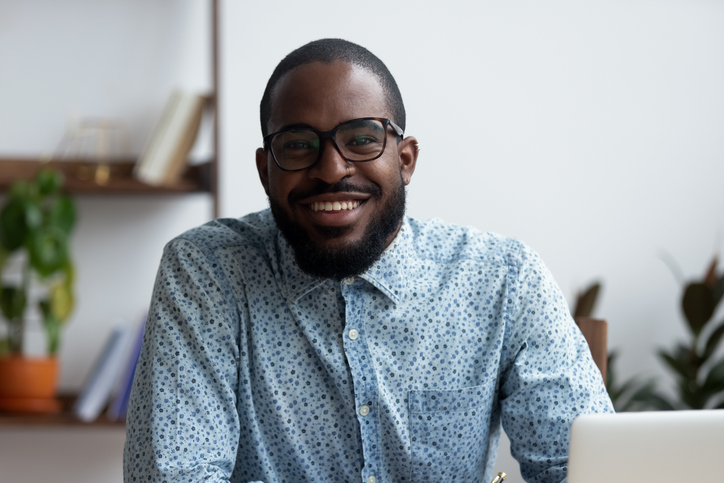 How does adoption affect children?

As easy as it would be, there’s no single answer to this question.

Here at American Adoptions, we know every adoption journey is different. And, as a private infant adoption agency in the U.S., we are only experienced in one branch of this family-building option. However, we’re here to help those interested in adoption learn more — and that includes information on the effects of being adopted.

Below, you can learn more about how being adopted affects a person, based on research and studies conducted in the past few decades.

If you’re interested in this topic, we’d also encourage you to read stories from adoptees, but keep in mind: Every adoptee’s experience is different, and no single adoptee can speak for all those adopted. It’s a complicated journey, and perhaps no one is more entitled to complicated feelings than the one person who had no say in the decision.

A note: American Adoptions would never assume to speak for adoptees. While the information below is research-based, it is not an extensive description of the impact of adoption on individuals.

What are the Potential Long-Term Effects of Adoption?

It’s naïve to say that there are no effects of adoption on children. In fact, placement itself greatly impacts a child — for better or for worse, they will be raised by non-biological parents, with all the nuances that entails.

The short-term adoption effects on a child can be wide-ranging, due to the varying experiences that children have when they are placed with adoptive parents. There’s a great difference between a child adopted as an infant and a child adopted out of foster care during their teenage years.

So, what about later on in that adoptee’s life? What are the effects of adoption on adults who were adopted?

Before we get into the potential long-term effects of being adopted, you must remember that no two adoptees are the same. Some people will identify strongly with the effects listed below, while others will have no frame of reference. And that’s okay — your adoption journey is unique, and no matter what you feel, it’s valid.

All that said, here are just a few of the observed effects of adoption on children in the past few decades.

There is often a great difference in how adoptees process their adoption trauma based on their age at placement. For example, those who are adopted later in life (through international adoption or foster care) can often remember traumatic or neglectful events in great detail, while those adopted at infancy cannot in the same vivid manner.

But the fact is that all adopted children grieve the loss of their biological family, their heritage and their culture to some extent.

As an adoptee learns to accept and move forward from their personal history, they may experience a few psychological effects of adoption on children, like:

However, with proper coping mechanisms and support, adoptees often demonstrate resilience in overcoming early adversities. In fact, one study from 2007 indicated no substantial difference in self-esteem between adoptees and non-adopted individuals.

If you are struggling with emotional trauma regarding your adoption, please call the National Alliance on Mental Illness’s Hotline at 1-800-950-NAMI(6264).

Lack of Information in Closed Adoptions

Of all the negative effects of adoption on children, lack of information from a closed adoption is one thing most experts agree upon.

Multiple studies have demonstrated the benefits of open adoption for all members of the triad. Adoptees, however, can receive the most advantages. Research shows that adolescents who have ongoing contact with their birth parents are more satisfied with their adoption than those without contact. It’s no wonder that more than 95 percent of adoptions are completed with the agreement to post-placement contact, whether it is direct or mediated by an adoption professional.

However, when a child is placed into a closed adoption, they are cut off from their biological and personal history. It’s hard to build an identity without knowing where you come from, which is why closed adoption commonly causes dire effects of adoption on a child.

Fortunately, this can easily be avoided with open adoption. And it’s why American Adoptions requires all adoptive parents to be open to a certain degree of contact (with the final amount determined by the expectant mother who picks them).

In a way, adoption is a self-fulling prophecy. Adoptive parents must meet certain requirements to adopt, which means they are often more financially secure and practically prepared to raise a child than others. In turn, children of adoptive parents often experience a childhood with significant advantages.

A 2007 study of adoptees by the U.S. Department of Health and Human Services found that:

In addition, adoptive parents have been found to be significantly more involved in their child’s education and extracurricular activities than any other parents.

When it comes to positive and negative effects of adoption on children, it’s tempting to want to talk about the topic broadly. But, adoption is neither black nor white; it’s a complicated journey full of challenges and rewards. Rather than paint the whole of adoption as “good” or “bad” for adoptees, it’s more reasonable to approach it with a nuanced view.

Our adoption specialists work hard to educate prospective adoptive parents and birth parents about the impact of adoption — not just for themselves but, more importantly, for the child at the center of the process. We provide support and counseling to reduce the likelihood of negative long-term effects of adoption, and we are always here to talk with adoptees whose parents worked through American Adoptions.

We know adoption can be hard. But we’re here to make it a little bit easier for everyone involved. You can request free information online to learn more about our agency’s mission.