Why Adopt? 23 Reasons to Adopt a Child 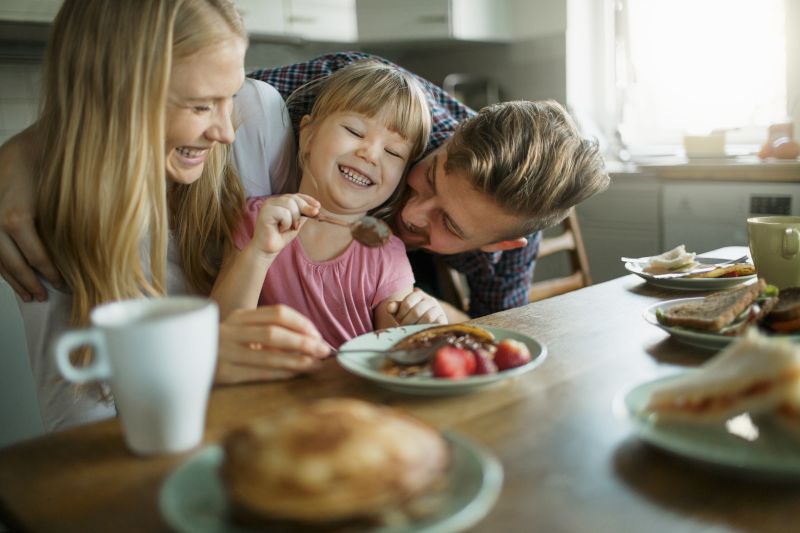 Adoption is a very personal decision for prospective parents to make. It’s impossible to say there is one reason why people adopt — because, in actuality, every family is different, and every family chooses adoption for different reasons.

The journey birth mothers and adoptive families take together and the opportunity a child has to live their best life is what makes adoption so special.

If you're a prospective birth mother considering adoption, you can connect to one of our experienced professionals today by completing this online form. You can also find a complete guide to the adoption process here.

For our amazing adoptive families. here are some of the common reasons to adopt a child today:

1. Due to infertility, some couples cannot have a biological child.

This is one of the most common reasons that prospective parents choose adoption. In many cases, they have tried to have a child the natural way and struggled through months and even years of infertility treatments that have ultimately failed. So, they decide to pursue adoption as a different way to become parents.

2. Some women are facing medical conditions that make it dangerous to carry a pregnancy.

In addition to infertility, some women have conditions that make pregnancy impossible or ill-advised. Whether it’s a condition that she’s been aware of since she was young or something she developed during a previous pregnancy, these conditions could endanger her life, and so she chooses adoption as a way to become a mother.

The Domestic Adoption Process [Complete Guide to How Adoption Works]
How Much Does It Cost To Adopt A Child?
Adopt a Baby with American Adoptions
What is Open Adoption?

3. They don’t want to pass down genetic disorders or diseases.

In other cases, some couples may be fully capable of conceiving and having a healthy pregnancy, but they’re worried about their child being born with genetic diseases. Some parents with disorders or diseases know that there is a high chance of passing them along to their child, so they choose to adopt instead.

4. They are a single parent and want to start a family.

When a person is ready to become a parent but doesn’t have a partner to start a family with, they may decide that adoption is right for them. Instead of going through fertility treatments to have a biological child, they decide that adoption will provide them what they want — a chance to be a parent, no matter if there’s a genetic connection or not. Why adopt? Because family is much more than biology — family is love.

5. They are a same-sex couple and want to become parents.

Similarly, LGBTQ couples cannot have genetically related children naturally. The IVF process will only allow one parent to be genetically related to the child. So, one good reason to adopt a child is that adoption creates a way for these couples to become the parents they have always dreamed about being.

6. They want to give a child a loving home.

Whether they choose to adopt domestically, internationally or from the foster system (or an older child who is related to them), prospective adoptive parents recognize that there are many children who don’t have the safe, loving and supportive home environments they need. This is one of many reasons to adopt. Knowing that they can provide the family that this child needs, prospective adoptive parents decide to pursue the adoption process.

Similar to the reason listed above, many prospective adoptive parents want to help better the situations of women who have found themselves facing an unplanned pregnancy. They then specifically choose American Adoptions because of our agency’s pledge to help those women who want to continue their education through our scholarship program.

9. They want to help a friend or family member who isn’t in a position to raise a child.

Sometimes, people know a pregnant woman who is not ready to raise a child and is looking for someone to adopt her baby, which is a great reason to adopt. In other situations, a relative or friend may be unable to care for an older child and needs someone to give them a better life through adoption. In either of these cases, prospective adoptive parents may step up to adopt the child from that person they already know.

10. They want to help one of the thousands of children in the U.S. living without permanent families.

There are more than 400,000 children in foster care in the United States, and some of them are awaiting adoption. These children have usually been through traumatic events in their lives and are in desperate need of a supportive family who can give them a permanent home. People who are moved by these children’s plights usually decide this is their reason to adopt.

11. They want to give a child born in another country a chance to thrive.

It’s estimated that, worldwide, there are 15 million children who are waiting for a family through adoption. The scope of need is massive. Many families respond to this need through international adoption — the process of parents from the U.S. adopting a child from a different country. Why adopt this way? Because every child should know what it feels like to be a part of a family. When parents adopt internationally, they meet a big need and give a child an opportunity to thrive.

12. They want to raise an older child rather than an infant.

If prospective parents don’t want to raise a child from infancy, this could be a reason to adopt. Perhaps prospective parents are more interested in or prepared for raising a teenager and are more excited about those challenges than the challenges that come with raising a baby from birth. No matter what age of the adopted child, parents are giving them a family that they didn’t have before.

13. They want to choose the gender of their child.

14. The adoption process has more potential for success than infertility treatments.

When hopeful parents consider their family-building options, they often look at which one has the best chance of succeeding and bringing the child they have longed for into their life. They may choose adoption because of this. Why adopt? With adoption, they know they will have a child at the end of the process, whereas infertility treatments don’t provide that same guarantee.

15. They want to adopt a stepchild.

Not all adoptions occur through agencies; some adoptions occur between people that know each other. Stepparents who already have a parent-child relationship with their stepchild may wish to create a legal relationship, ensuring their parental rights and their child’s rights to inheritance, insurance and more. It’s also a way to bring a blended family together, which is a great reason to adopt.

16. They want to adopt an adult they have a long-established parent-child relationship with.

Similarly, not all adoptions involve children. Adult adoptions exist to create legal relationships between two adults that have an existing parent-child relationship. For example, adult adoptions can be used for a parent’s new spouse after the other parent’s death, or a foster child who has aged out of the foster care system but still has a strong connection with their former foster parents. Choosing to complete an adoption gives both parties a legal connection and benefits that they would not have had before.

Sometimes, people want very badly to be parents but don’t want to add another human being onto a planet that’s already struggling to support the existing population. Instead, to become parents, they decide to adopt a child that has already been born, doing their bit to alleviate the population crisis.

18. They want to incorporate multiple races, cultures or ethnicities into their family.

It’s no secret that the United States (and the world) is becoming more multicultural; it is estimated that by 2055, there will be no single racial or ethnic majority in the U.S. Many people are excited about the opportunity to learn about different cultures, and some even want to incorporate those into their own family through a transracial adoption. Adopting a child of a different race or culture is not anywhere near as uncommon as it used to be; in fact, many prospective adoptive families feel that creating a multicultural family is a great opportunity for all involved.

19. They feel called to adopt, for religious or other reasons.

Why adopt? Sometimes, it’s a sense that you need to do something bigger than yourself. Many people choose adoption because they feel like it’s what they were meant to do. It may be because of religious teachings or ethical values, or maybe it’s a conviction they’ve had for years.

20. They decide becoming parents is more important than becoming pregnant.

This is a common idea among adoptive parents, especially those who have struggled to conceive on their own. After soul-searching, they realize that their goal is not to experience pregnancy but to become parents and add a child to their family — and they don’t need to be pregnant to do so.

21. They know others who were adopted or have adopted and see it as a positive way to grow a family.

Adoption is more common than you may think, and many people know someone who has adopted or is an adoptee. One reason for adoption is that, seeing the beauty of a family built in this way, hopeful parents are inspired to choose adoption, as they know just how wonderful the process is for all involved.

22. They were adopted and want to give the same experience to someone else.

It’s not at all uncommon for people who have been adopted to eventually adopt their own children later in life. They are living proof of the opportunity that adoption can provide and, knowing that there is no difference between a biological and adoptive parent’s love, they decide to give a child the same positive experience that they had.

Sometimes, prospective adoptive parents cannot fully articulate what it is about adoption that interests them. They have no other reasons to adopt besides just “wanting to,” whether it’s a new desire or a desire they’ve had forever. For some people, adoption is just something that seems natural for them to do.

These are just a few of the reasons to adopt that people consider when deciding which parenthood path to take. Of course, you may have other reasons to adopt a child that are not listed here — and that’s great. Every person’s situation is different, as are their individual reasons for adoption.

If you’re considering adoption and whether it’s right for you, we encourage you to contact our adoption specialists at American Adoptions. They can discuss your reasons for adoption and, when you’re ready, help you move forward with the adoption process.