Patience and Self-Confidence - How One Family Survived a Long Wait

As hopeful adoptive parents, Adrian and Vicki had been waiting almost two years with American Adoptions to receive an adoption opportunity. When their home study came close to reaching its expiration date, they sat down to discuss their next step in the face of a wait that seemed to continue on forever.

“Well, I won’t sugarcoat it; it certainly was not easy,” Adrian says. “It was an emotional rollercoaster. We always kept out hope that it would work out.”

But, having waited so long, renewing their home study was a leap of faith toward reaching their parenthood dreams. While they mentally prepared themselves for the possibility of another year of waiting, it turns out things would be much different this time.

“We had that conversation about renewing the home study for another 12 months,” Adrian adds. “It was literally two weeks after that we got the phone call. It was really bizarre how much of a coincidence it was.”

Deciding Adoption Was the Right Path

Like many adoptive parents, Adrian and Vicki experienced infertility struggles when they first tried to have a child. Faced with the recommendation of using an egg donor, the couple decided that adoption would be better than having a child only genetically related to one of them.

“We were thinking there were so many children that need good homes, so let’s just adopt,” Vicki remembers. “The whole infertility stuff was just very overwhelming. We just thought that adoption would be the best choice.”

Set on the domestic adoption path, Vicki and Adrian started researching adoption agencies. They settled on American Adoptions for a major reason: its national reach and the better chance of adopting a child at their older age.

“We liked the values and notion of what American Adoptions was doing,” Vicki says. “We liked the notion that we were setting a budget and that we were going to see things that were within our budget. It all appealed to us.”

After researching the options available, Vicki and Adrian set adoption preferences they were comfortable with and confident in. Even when their wait continued to lengthen, they stuck by those decisions, knowing the right match would eventually come along.

“We had cases that were shown to us that were really not in our profile, and that’s always difficult, too, because your heart kind of breaks,” Vicki remembers. “We were pretty steadfast in our decisions — there were times we were like, ‘Well, maybe we shouldn’t have said that,’ — but then, you could doubt yourself forever. It was about saying, ‘These are the decisions we made.’”

All their waiting would come to fruition when one birth mother would choose them a year and a half after they first went active. 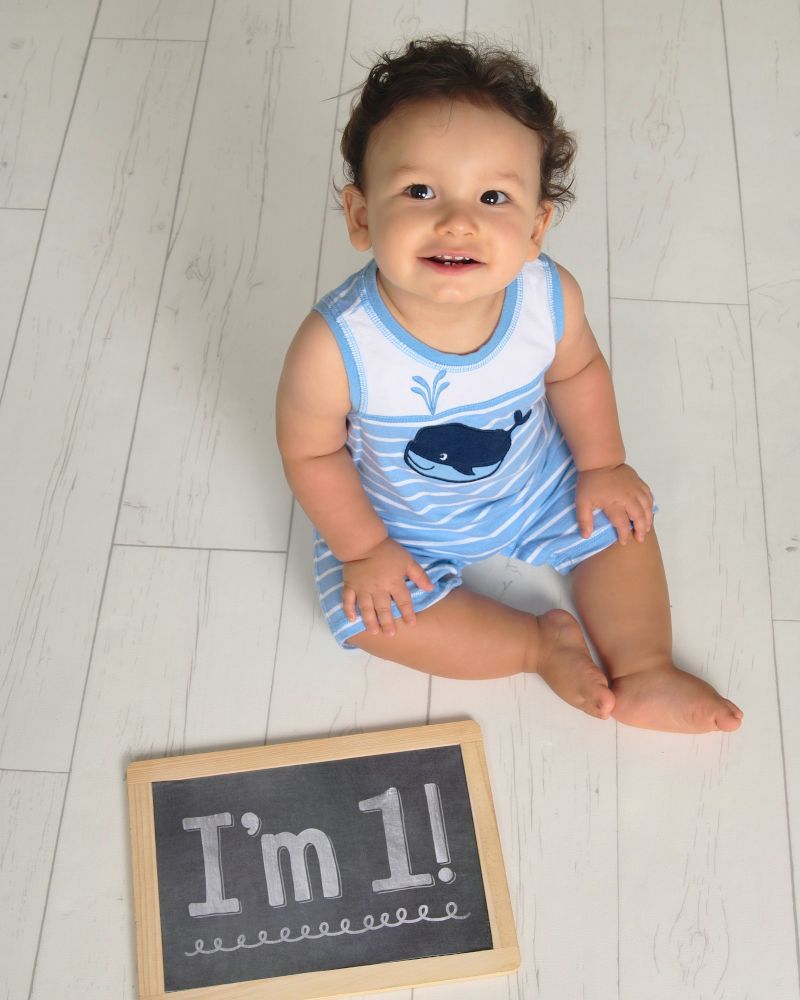 The Wait Comes to an End

Vicki was at work and heading into a meeting when she received the call that would change her and her husband’s life forever. Quickly, she jotted down the details and sent Adrian a quick text that the moment they had been waiting so long for had arrived.

“Getting the information and having to turn around so fast — it was kind of just surreal,” Vicki says. “We were cautiously optimistic about it. We didn’t tell a lot of people… Even after we talked to the birth mother on the phone, we waited a while to tell people.”

The birth mother was already raising older children when she decided on Vicki and Adrian to be parents for her unborn son. She shared two phone conversations with the couple before she gave birth, but her preferred open adoption contact was (and remains) one of photos and letters received four times a year. Vicki and Adrian say they always offer the opportunity for more contact in every letter they send — for her to take advantage of if she ever feels comfortable.

“For Graham to meet her and his half-siblings later in life, I would love for that,” Vicki says. “If she doesn’t ever want to have contact with him when he’s older, we would certainly help him find his siblings and seek them out, if he was inclined. We think that’s important. Just like we’re his family, that’s his family, too.

“Obviously, we have to respect what she wants to do and what she’s comfortable with.”

Today, though, Graham is like just like any typical two-year-old boy, and his parents call him a little “ball of fire.” He loves to put on a show but also has a capacity for empathy that his parents would never have expected in one so young, especially with older relatives.

He also seems to understand his adoption as much as one can at his age. His birth mother is called “tummy mommy,” and Vicki and Adrian read him adoption books often. They hope to make a trip back to Kansas City, Mo., where Graham was born, in the future and are happy to call the Kansas City Chiefs their favorite AFC team.

Looking back, Vicki and Adrian would suggest a few things to those adoptive families who may be experiencing longer-than-average wait times like their own.

“Patience, sticking to your plan, not compromising — you landed on your profile for a reason, because you made those choices you were comfortable with,” Adrian suggests. 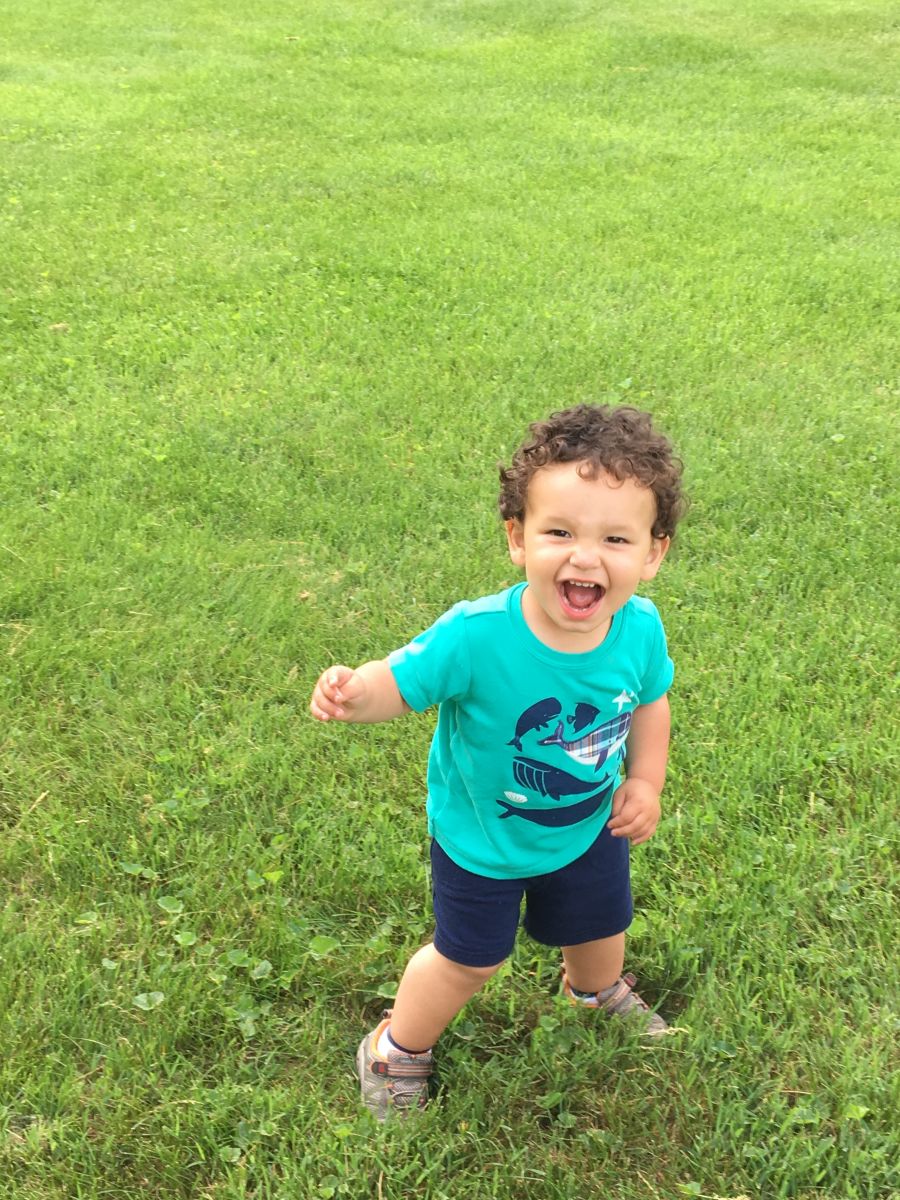 “The other important thing is talking with your American Adoptions counselors who are helping with your case to determine if there is anything else you can do,” Vicki adds. “It’s also a lot of open communication with each other, because it’s hard sometimes as a couple on you — this long wait — and you have different mixed emotions about it. So, talking about it openly and honestly is always good, as well.”

Even with the challenge of a long wait, however, Vicki and Adrian wouldn’t go back and change their journey for anything.

“It’s been single-handedly the most amazing thing to happen to either one of us,” Adrian says. “It’s just been the biggest enhancement to not only our lives as a three-member family now but also to our extended family. It’s almost impossible to put into words, but the overwhelming feeling I have is just one of pure joy and happiness.”