Worth the Wait - How One Family Survived a Long Matching Period 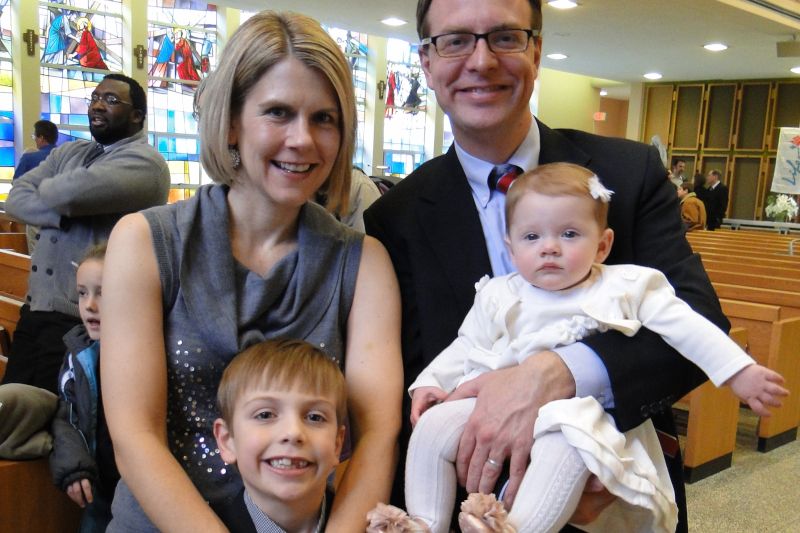 In 2000, an innocent blind date between two strangers named Eric and Elizabeth led to marriage and a baby boy named Henry.  When Henry was 3 years old, the couple tried for another baby but was unsuccessful.

Eric and Elizabeth attempted fertility treatments for two years, which Elizabeth equated to “having another fulltime job.” One final procedure was offered to them, but they opted to cut their losses.

“We thought, let’s put our resources into something with a goal at the end that is realistically achievable,” Elizabeth says.

For Elizabeth, that “something” was adoption.

Elizabeth was adopted herself when she was 2 weeks old to a family with three boys.

“My parents told me from an early age that I was adopted. ‘We chose you to be in our family because you are very special,’ they would say. It was nothing but a positive experience.”

Eric grew up with adoption, as well; his grandparents had adopted two children after his dad moved out of the house. He was also on board with the adoption.

“Everything we had gone through to that point was really hard on Elizabeth, and it was just hard to watch that,” he says. “We knew we wanted a second child and adoption just made sense.” 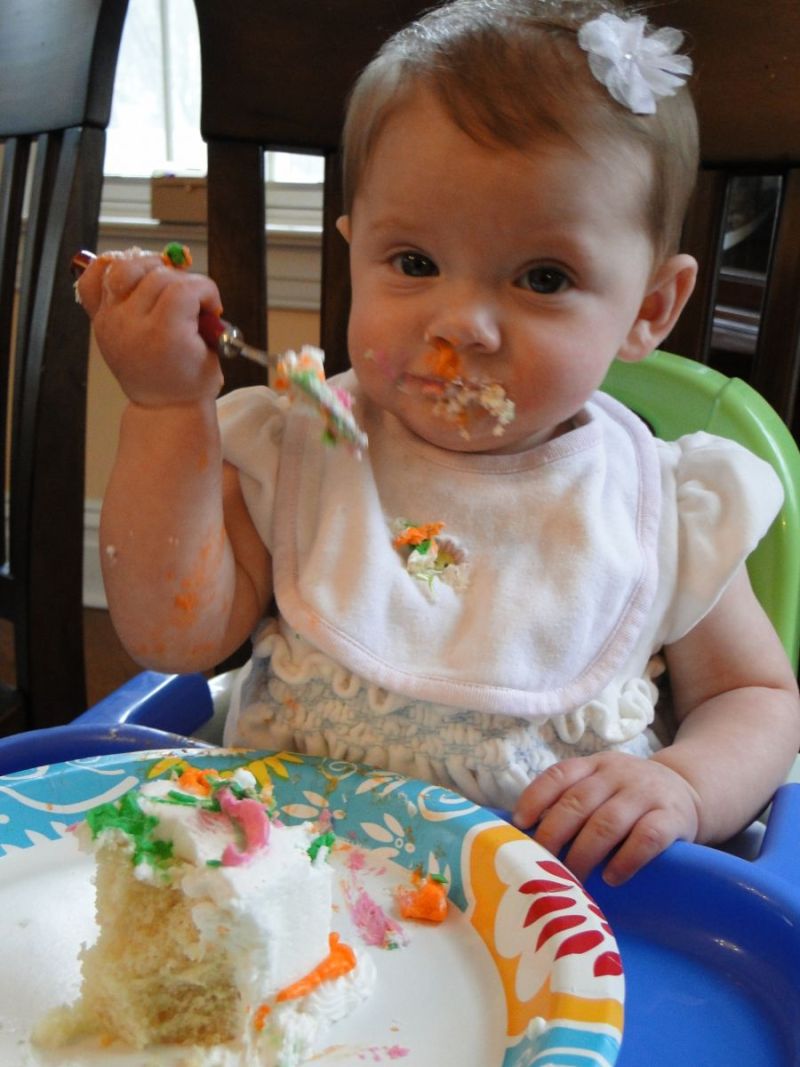 One day after becoming active, Eric and Elizabeth were contacted about a potential match. They drove to Georgia to meet with the birth mother, but she soon lost contact with the couple and the agency altogether.

“It was a bummer, but we weren’t emotionally invested,” Elizabeth says. “We just hoped the next call would also come fairly soon.”

In September 2010, they were still waiting to be selected by a birth mother — around the same time they decided to see a counselor.

Nobody they knew had ever been in a situation quite like theirs, waiting for over a year to be chosen. Their Adoptive Family Profile was receiving the average amount of exposure, and the flexibility of their APQ was normal. Quite simply, Eric and Elizabeth were just unlucky, and there wasn’t anything anyone could do to help.

“We got to a point where we were talking about setting a time to pull out, just because it gets tiring,” Elizabeth says. “It weighs on you to have that kind of stress. But, you wake up every day with a little hope thinking maybe today is the day.”

Month after month passed with no results. After another update to their home study, the social worker needed another set of Eric and Elizabeth’s fingerprints. This would be the third time.

“I’m not doing this again next year,” Elizabeth joked.

“You said that last year and I didn’t believe you, but I totally believe you this year,” Eric says.

The day after Mother’s Day 2011 and in their 22nd month of waiting, Elizabeth’s phone rang. It was her Adoptive Family Specialist, Angie.

“I have a question for you…” Angie said.

There was a couple in Alabama who were interested in adoption and her due date was the next day.

“Are you kidding me?” Elizabeth responded. After a quick consultation with her husband, she called back Angie.

Eric and Elizabeth arrived in Alabama the next day, but the birth mother wasn’t in labor.  A few days passed; they received a text at 4:30 a.m. on Saturday telling them she had been admitted to the hospital for delivery.

The excited couple waited in their hospital room, wondering if each baby’s cry was the cry of their own baby. Then the door to their room opened.

“It was a very special day,” Elizabeth says. “Ironically, they told us Alabama was the only state that requires its own set of fingerprints, so we actually did have to do that again!” 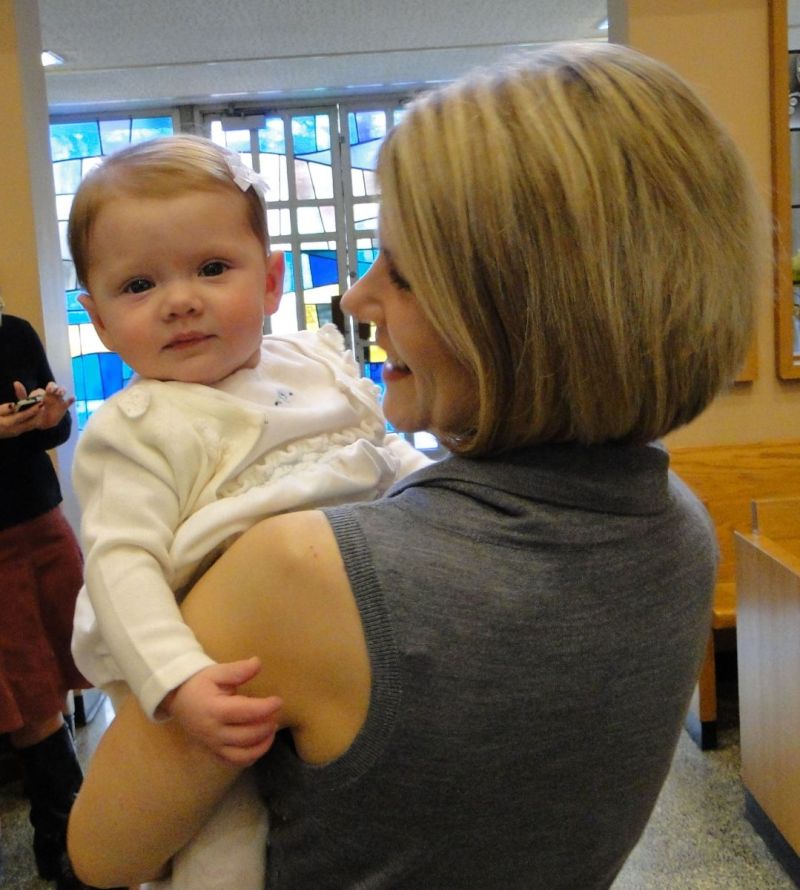 The Wait was a Gift

Rose is now 9 months old and Henry adores her, just as Elizabeth’s brothers embraced her when she was brought home as a newborn. Rose and her mother will always share this unique bond based on adoption.

Now as the parents of an adopted child and biological child, Eric and Elizabeth also have the unique perspective of raising both.

“I didn’t even remember, and maybe it’s just because of my upbringing, how natural adoption feels,” Elizabeth says. “We just immediately bonded with her, and our whole family absolutely loves her. There is no question in my mind that it is equal love and it is just like anyone else with two kids.”

While enduring such a wait was difficult, both Elizabeth and Eric agree that Rose was more than worth the wait. After all, if they hadn’t had such a wait, they wouldn’t have ended up with Rose.

“We look at Rose and think in so many ways she was meant to be a part of our family,” Elizabeth says. “It is true what they say: You wait for the child you are supposed to have. Never for one minute have we ever thought that we didn’t have the right kid for our family.”