Forgiveness and Family - One Couple's Long Wait for Adoption Success

When Kirk and Kristin started the adoption process, they knew to expect a wait time between nine and 12 months. What they weren’t prepared for was the fact that, during their two adoption processes, they would go through four disruptions and one pop-up adoption before finally being able to call two boys their own.

But, looking back today, Kristin says she knows it all happened for a reason — to bring beautiful Benjamin and Timothy into their lives. Now, at home with 3-year-old Benjamin and one-month-old Timothy happily a part of their family, Kristin can look back on her journey with the same kind of patience and hope she had throughout the process — but  a new degree of appreciation for the beauty of adoption.

“You have no idea — of the experience, of the sacrifice and everything — and that’s completely unexpected, you know,” Kristin says. “You get such a blessing out of it.” 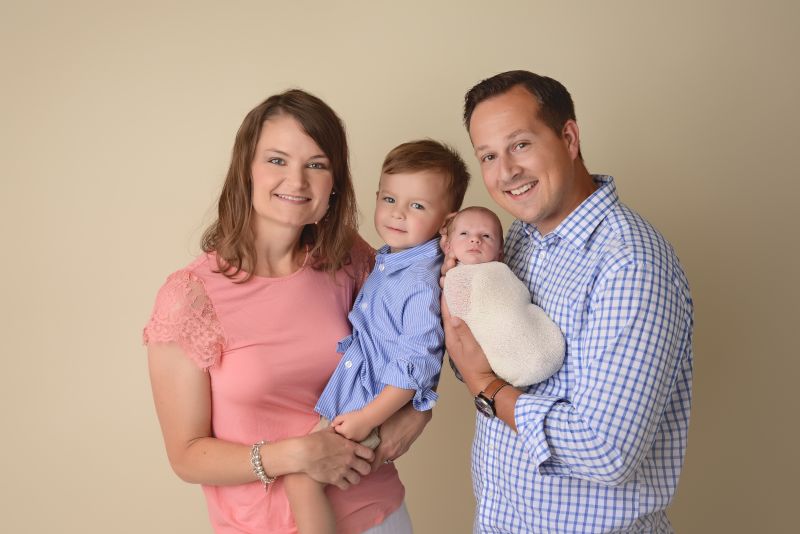 Kristin and Kirk’s story is by no means the “average” story for a family that adopts through American Adoptions. The two ended up on the longer end of the estimated wait time and, even though they were chosen twice before bringing home Benjamin, they found themselves facing adoption disruptions in each case. The first wasn’t as distressing emotionally, as the couple didn’t have the chance to bond with the prospective birth mother. Their second disruption, however, was a different case entirely.

“It was a short match, so we flew all the way to New Orleans and met the birth parents the night before and had the baby in our hospital room for two days — and then the birth father wouldn’t sign,” Kristin says. “That was definitely the hardest thing we’ve ever been through, because they gave us our ‘first baby’ and then we had to give them back. Looking back on it now, though, it’s not like we wish we didn’t have that experience, because we grew so much closer during that time.”

Exactly a year later on Mother’s Day, however, Kristin and Kirk would find themselves going home with baby Benjamin after a beautiful experience bonding with his birth mother in Texas.

Happily adjusting to their new life as a family of three, they were surprised when Benjamin’s birth mother contacted them a couple years later about adopting another baby from another unplanned pregnancy. While there wasn’t a great deal of contact with her in the months while she was considering adoption, it was still bittersweet when Kristin and Kirk found out that she and the birth father had ultimately decided to parent, and Benjamin’s half-sibling would not be coming home with them.

Kirk and Kristin would have to go through yet another disruption before finding a successful adoption situation with Timothy’s birth mother — a pop-up adoption that came without warning. Immediately after they got back from a family trip in New Jersey, the family found themselves on another plane heading to Kansas, where Timothy was awaiting them in the NICU. 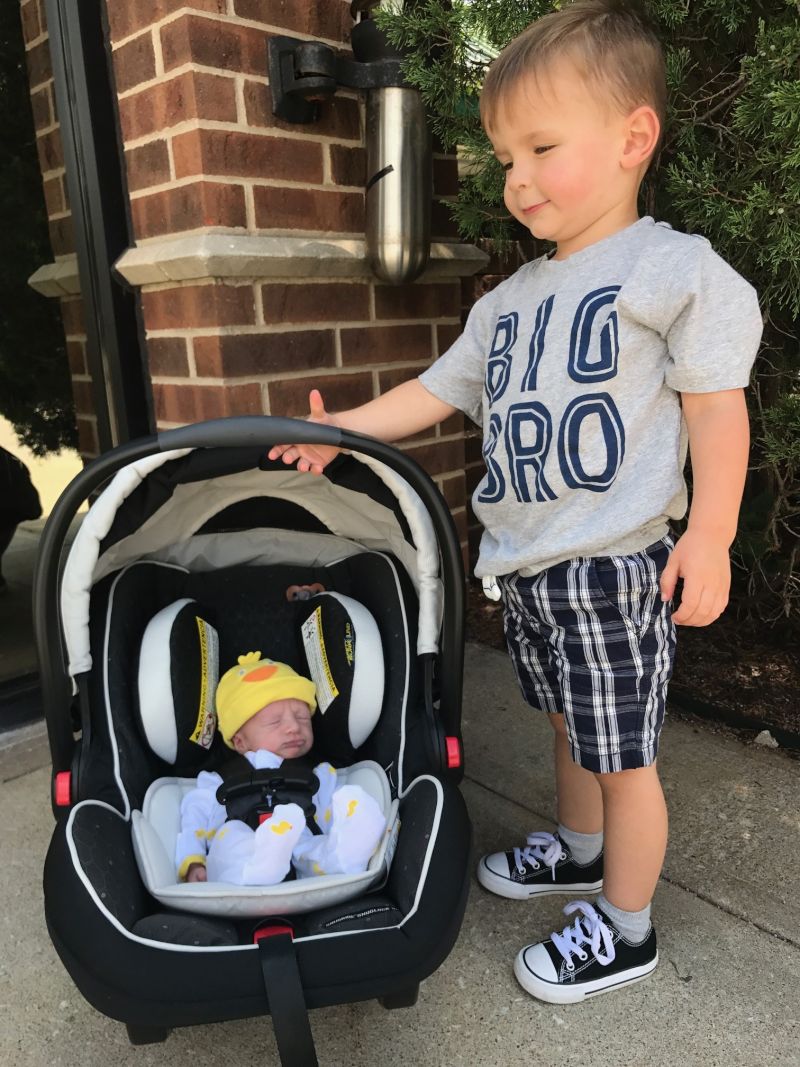 “Timothy's birth mom was choosing our family as we were literally flying over Kansas that Friday night, but we had no idea until the next morning,” Kristin remembers. “I was thinking, in reality, the second one wouldn’t be as amazing as Benjamin’s… You kind of anticipate a few hiccups, but there wasn’t — it was just so amazing. It was just as beautiful but, obviously, in its own special way.”

Managing the Wait and Sharing the Love

“There were times, of course, when I was like, ‘Oh my goodness — we’re never going to get a child!’” she remembers. “I remember, during those really hard times, our Adoptive Family Specialist Kelli telling us, ‘We’ve never had a family not get a baby.’ And I just remember thinking about that so many times while we were waiting.”

To give herself something to look forward to while waiting for their first adoption, Kristin created a nursery for the baby that would one day arrive. While this isn’t the right move for all prospective adoptive parents, Kristin said it gave her the chance to not only keep busy but also the space to acknowledge her emotions in a private manner when they got to be too much.

“When you’re pregnant, you physically do something for nine months, whereas with adoption, after all of the paperwork, there’s nothing you physically can do,” Kristin says. “That helped me, getting the nursery ready.”

Crucial to their positive attitudes throughout their adoption process was their understanding attitude for every prospective birth mother they were connected with — whether or not they ended up choosing adoption for their babies. Kristin says she couldn’t be mad at a woman’s choice to parent her child — sad and heartbroken, yes, but never mad. 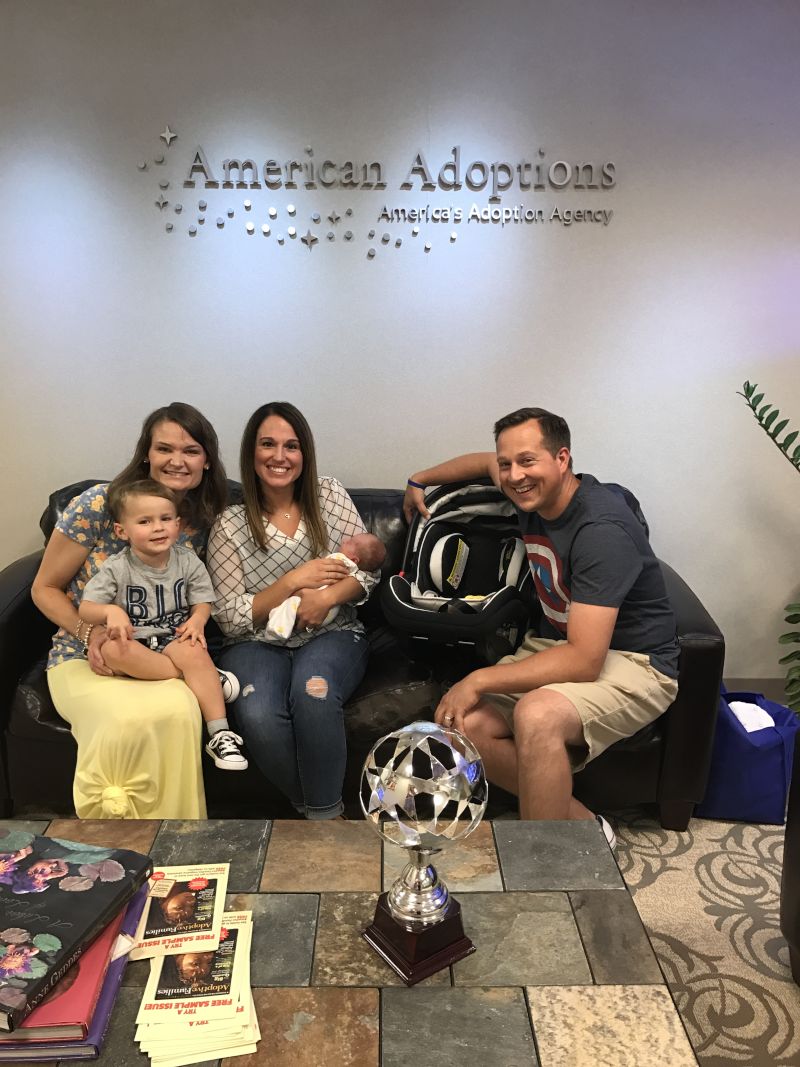 She says she and her husband have a genuine love for every woman considering adoption that they met along the way since they started their first adoption process in 2011.

“I have not been able to find the right words yet to describe my love for our son's birth mom,” she says. “It is instant. It is protective. It is bittersweet because I feel her loss in the deepest way I know how. I am so thankful we get to send her letters and pictures over the years. The truth is I would be sad if I couldn't. I am glad she chose to watch him grow up from afar.”

One thing is for sure: No matter the heartbreak, Kristin and Kirk wouldn’t change their adoption path even if they could.

“I just love to tell people about it because it’s such an amazing thing and a great opportunity to shed a positive light on adoption,” she says. “Whatever opportunity I have, I talk about their stories just to be able to say, you know, adoption is a beautiful thing.”