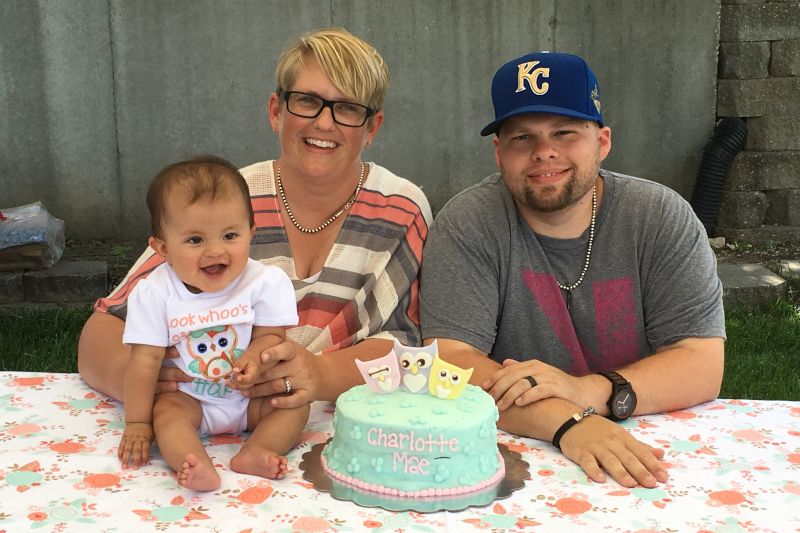 Not long after finalizing their adoption, Erin and Jared took their six-month old daughter Charlie to a playdate with another adoptive family. The parents had a 2-year old son named Henry, and these two kids had more in common than just adoption — in fact, Henry and Charlie share a birth mother.

Henry and Charlie’s birth mother was insistent on one thing in particular: that her children grow up around each other as much as possible. For Erin and Jared, this meant not only a biological brother for Charlie but a support system for the whole family during the adoption process.

Erin and Jared’s story began in early 2015, when they decided to look into adoption and attended an American Adoptions seminar. After weighing their options, they ultimately decided to work with the agency. In the beginning, the adoption went very smoothly, part of which can be attributed to their approach to the process.

“We’re pretty easygoing,” Jared says. “It doesn’t help matters when you start getting frustrated or stressed out. It’s not always easy, but the more you can keep yourself calm, the easier the whole process is.”

Keeping calm came in handy for the couple, who received a phone call while they were still in the middle of creating their profiles — they already had a potential adoption opportunity.

“They wanted to know if we could show our profile to her,” Erin says. “At that point, we really hadn’t gotten our profile done, but they just said, ‘Send us what you have and we’ll throw one together.’”

A couple days later, they got the next phone call. The birth mother had chosen them.

Although Erin and Jared did not meet Charlie’s birth mother until the day of the hospital trip, they did know some important facts: she had placed another baby for adoption, and she wanted them to know each other. So Erin and Jared reached out to Henry’s parents. 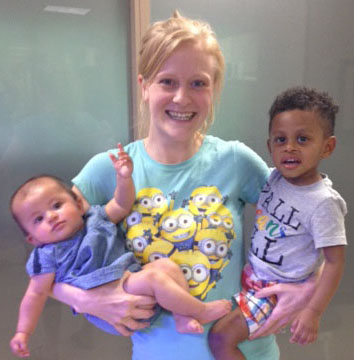 Over the course of the adoption, the other adoptive family would be a source of incredible support for the Harts. They would respond to texts and answer whatever questions Erin and Jared had, offering the insight they had from their own experiences. And when there were bumps in the road, Henry’s parents were there for support.

“We had a little drama in Las Vegas after Charlie was born, and they were a huge help in keeping us calm,” Jared says. “It was really nice to have someone who has been through the process and knew what we were going through.”

Since then, their experience as adoptive parents has been a dream. At 6 months old, her parents say she rarely fusses, smiles and laughs at those she meets and leads a busier life than some adults. These days, she is occupied with teething, accompanying her mom on trips to show horses and making plenty of new friends — including her biological brother.

Erin and Jared’s story is just one example of the many ways that adoption builds families and brings people together. After the first playdate between Charlie and Henry, we at American Adoptions hope to hear of many more playdates to come.