A Twist of Fate - How One Family Adopted Two Sisters

Marcus and Bethany’s two adopted daughters — Selah, 2, and Amayah, 4 months — could not be any different. Selah is a spitball, with an opinionated, energetic personality, while Amayah is content to take it easy with a joyful smile on her face.

When Marcus and Bethany first considered adopting for the second time, they were expecting the siblings in their family may not share similarities. What they weren’t expecting, however, was that both of their children would actually end up sharing the same birth mother — creating a unique adoption story and circumstance that will shape the rest of their lives. 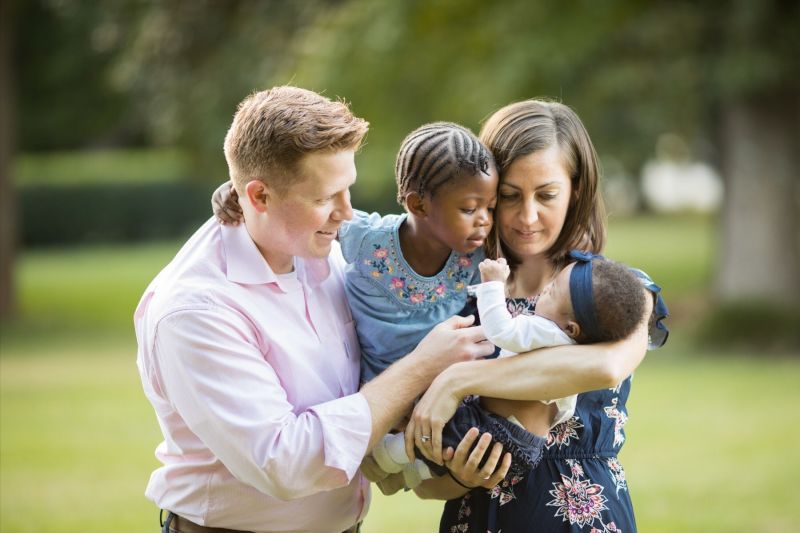 A Stroke of “Providential Timing”

Marcus and Bethany started their adoption journey with American Adoptions back in 2015. As a military family, they were living in Germany when they first adopted. With a fairly open Adoption Planning Questionnaire, they were matched with a prospective birth mother from Texas less than a month after becoming active. Working closely with their American Adoptions counselors, Marcus and Bethany were able to successfully bring home baby Selah to Germany in August 2015.

After moving back to the United States in 2016, Marcus and Bethany started talking about the prospect of adopting again. While their options for adoption agencies were more available now living in North Carolina, they decided that American Adoptions would be the right choice for them again.

“We thought we needed to investigate some other agencies, and everything that we looked into we just kept coming back to American Adoptions, because we had such an amazing experience the first time,” Bethany remembers. “American Adoptions just seemed to be head-and-shoulders above everyone else.”

Soon, they started on their home study — and it was completed not a moment too soon. Two days after they were notified their home study was complete, they received an email from Selah’s birth mother. She was pregnant and wondered if the couple would be willing to adopt her unborn baby.

“We certainly didn’t expect it, obviously,” Bethany adds. “We spent some time talking about it and praying about whether or not to say yes but, really, we would have never said no. Yes was always the answer.” 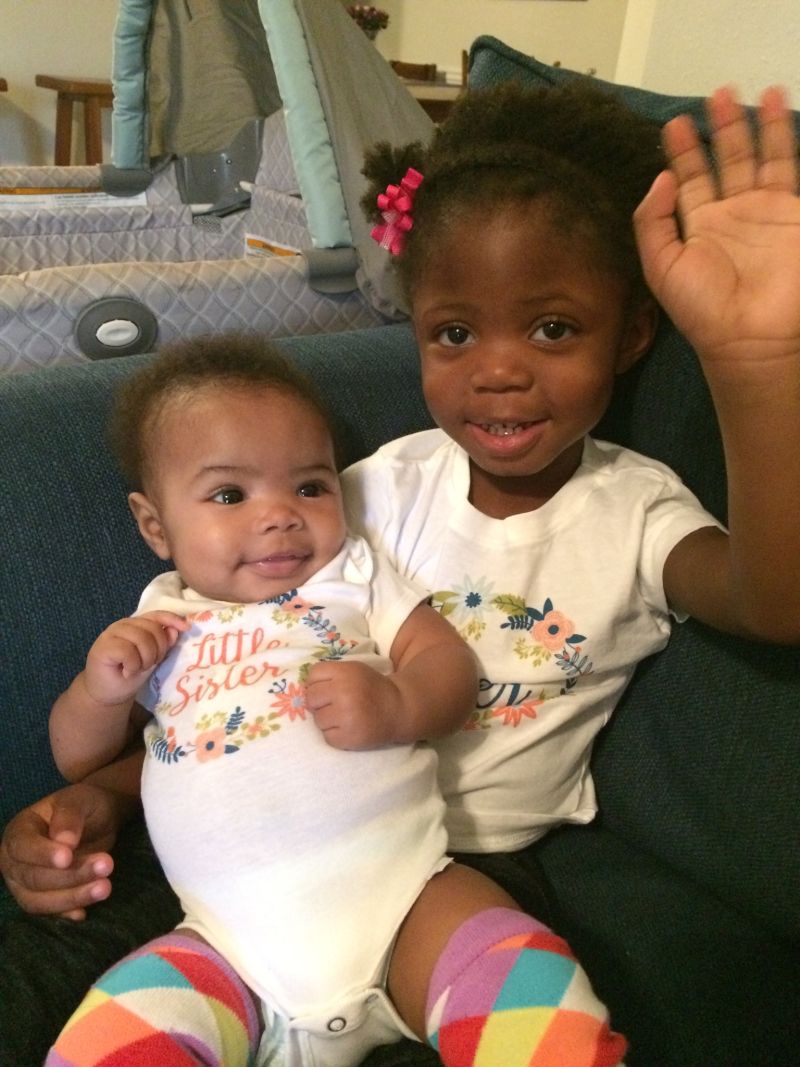 In many ways, the second adoption proceeded just like the first. Amayah was born at the same small hospital as her sister and, in fact, the same nurse assisted throughout the delivery. Marcus and Bethany were able to see their daughters’ birth mother for the first time since Selah was born two years earlier, as most of their communication had occurred through letters, emails and pictures.

Because of their shared birth mother, Selah and Amayah also share two other aspects of their adoption: their open adoption relationship and the fact that they are transracially adopted. Although they anticipate different challenges in the future, Marcus and Bethany say these aspects have come almost naturally to their family so far.

For example, even though the girls’ birth mother never set a set schedule for her contact preferences, their open adoption is progressing naturally and in a way that the girls’ parents couldn’t be more grateful for.

“She’s extremely laid-back, so I don’t think she’s actually ever said to us what she wants in an open adoption,” Bethany says. “I think open adoption means to a lot of families that they see each other every six months or something, and we have not. I think that we feel comfortable about the openness in our relationship.

That the girls are of a different race than their parents can be a bit more complex. Marcus and Bethany admit to having their eyes opened by their daughters’ situation. As white people in the U.S., they have never had to seek out dolls or even bandages with a skin color outside the norm — a challenge they’ve now become adjusted to while incorporating their daughters’ heritage into their lives.

“A lot of people talk about being colorblind, but I don’t think that’s healthy at all,” Bethany says. “I think it’s important to recognize and be able to celebrate those differences, while all the time realizing inside we’re all the same, and they don’t matter, and we can celebrate the special things about that.” 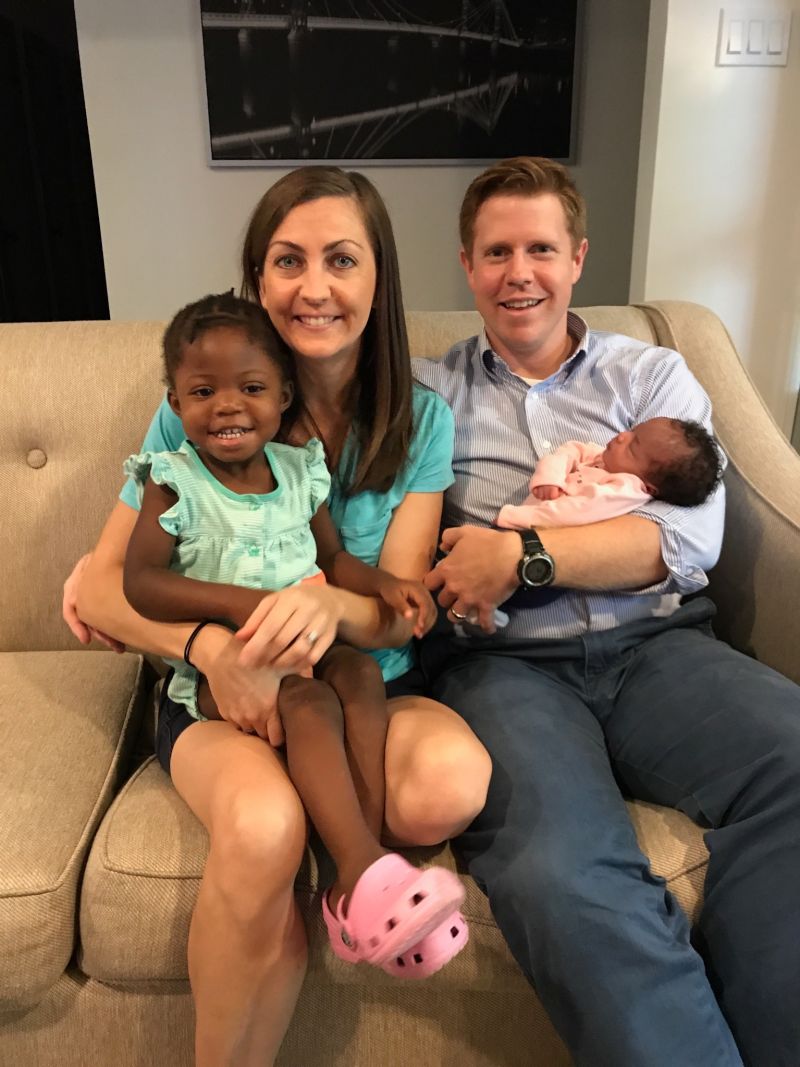 Moving somewhat often as a military family can put extra responsibility on the couple to seek out diverse communities in their new areas. Selah has started to have her hair done at a local black salon, and the family’s strong faith provides them an opportunity to seek out those culturally diverse spaces at church, as well. It also plays a key role in how they view their adoption choice and the choice that the girls’ birth mother made in her unique situation.

“Looking at adoption, even considering it, is kind of a step in faith,” Marcus says. “I think the work that adoption agencies do is excellent work. The product is something that society needs, but they don’t know that they need it.

“Adoption is one of the few things left that is done absolutely selflessly.”