Keeping in Touch - How an Open Adoption Enriches One Family's Connection 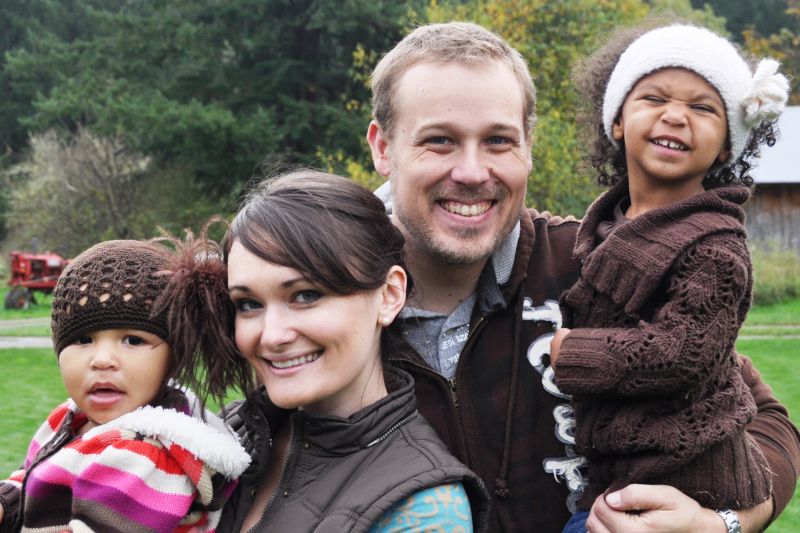 It’s not uncommon for adoptive families to compare their adoption process to a pregnancy and delivery. For adoptive mother Katheryn, the wait for a match felt like labor pains. It was especially frustrating since the adoption process doesn’t fit into a typical pregnancy’s nine-month package.

“I tell [my husband] Matthew that this must be what women are like when they go through labor themselves. As soon as I’m done with the process, I’m like, ‘That was so wonderful; I can’t wait to do it again,’ and then when I’m going through the wait again, I’m like, ‘I’m never doing this again,’” Kathryn jokes.

Matthew and Katheryn have gone through these labor pains twice now and have two beautiful daughters, Verity and Gethsemane. They never could have guessed how opening their hearts and lives through open adoption, to birth and adoptive families, blended and extended, would enrich their and their daughters’ lives.

Before coming to American Adoptions, Matthew and Katheryn pursued an identified adoption with a friend of a friend, but it fell through when the woman changed her mind.

“I was terrified of going through that again,” Katheryn says.

The couple knew that with American Adoptions’ policy, they’d have to fly to the birth mother when the baby was born, knowing that she could change her mind.

“It was an act of faith,” Katheryn says.

But the couple found the support they needed throughout their adoption process and were elated when a match call came in November, after four months of activation. Jessica, their match, wasn’t due for another month, but less than a week later, they received a call that Jessica had gone into labor.

Matthew lovingly says that working with American is like having a catered dinner. Even though the couple had to wrap their minds around getting a match and then a baby, all in a week’s time, he says, “I just remember feeling excited. It was really nice to have them [American Adoptions] know exactly what you needed and have it all planned out so that you didn’t need to worry about the next step or whether you had gotten everything you needed in place.”

By the time Matthew and Katheryn arrived via plane to Missouri, baby Verity was 22 hours old, and it was the middle of the night. Jessica asked the nurses to bring her in, and the couple was able to meet their baby girl then. They stayed in the hospital and were able to visit Verity and spend those early moments bonding with their daughter.

At that point, Matthew and Katheryn had only planned on having a semi-open adoption with Jessica, sending pictures and letters on a monthly basis. So, Katheryn felt it was an important time to ask any questions Verity might have later in life. Verity’s birth father had died during the pregnancy, so it was very special to meet Verity’s full biological sister (then 2) during the time spent at the hospital as well.

When Matthew and Katheryn took Verity home, they introduced her to their large extended family and reactivated again as quickly as possible — hoping to give Verity a brother or sister close to her age. 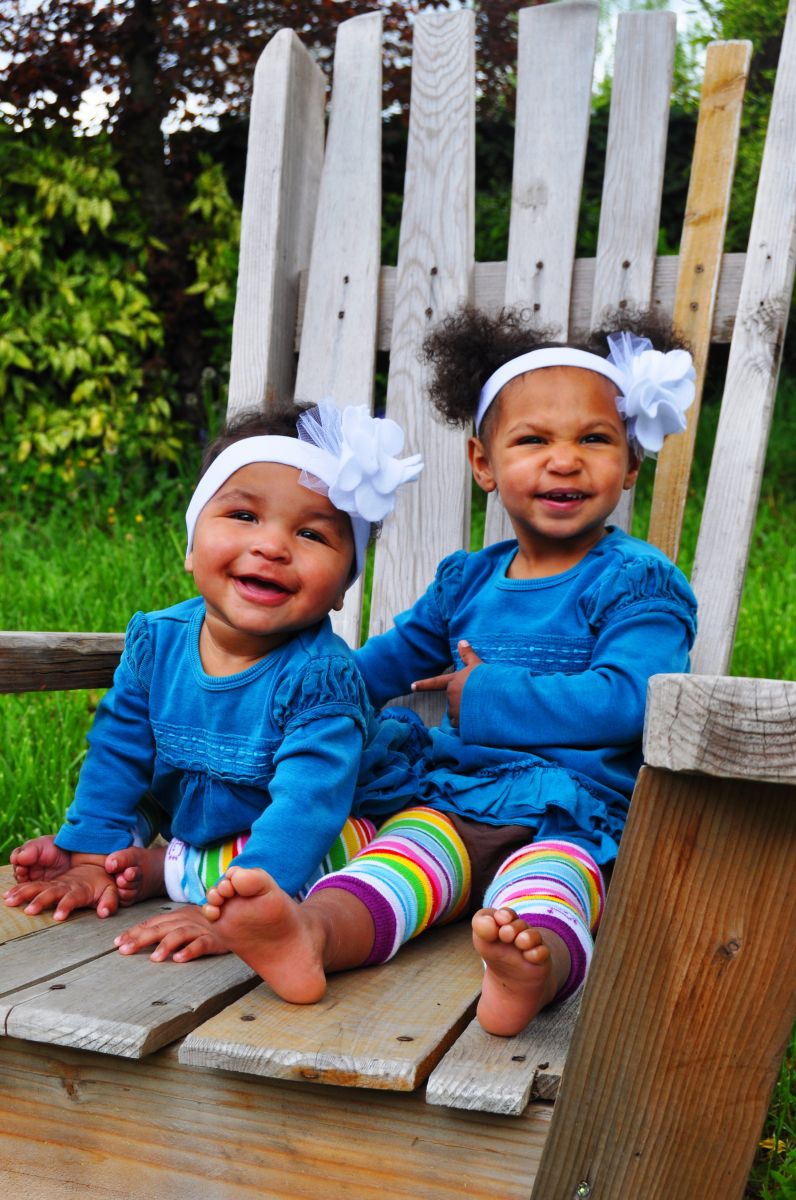 This time, Matthew and Katheryn waited five months before they were matched with Randi, who was only six months pregnant and desired a more open adoption. The trio had weekly phone calls, and when Randi was seven months pregnant, they took a leap of faith and visited her in Nebraska.

“We got to go to her doctor appointments and see the ultrasound,” Katheryn says. “It was so emotional because I never got to experience that. It was neat. But at the same time, you’re still guarding your heart because it’s not set in stone, and you’re not in the driver’s seat.”

Though they went back and forth over it, Matthew and Katheryn decided to bring their “spitfire” Verity with them. While Katheryn wanted Randi to feel like the visit was all about her, Katheryn also wanted the birth mother to have a better idea of their family — which she certainly got meeting Verity.

“It is a real relationship that develops like any other, and the more we got to know her, the easier it was to trust her, which probably worked the same on her end too,” Katheryn says. “She had to trust us too, and in a much bigger way.”

Having the opportunity to meet beforehand made it all the more exciting to reunite when Randi went into labor on a Friday in August. This time, Matthew and Katheryn drove from the West Coast to Nebraska. Though Randi had wanted them in the room during labor, she communicated over text until the couple arrived five hours after their second daughter Gethsemane Juniper Anne (Gethey or Juniper for short) was born. Randi picked Anne to honor her mother and grandmother.

The hospital followed Randi’s lead and wishes. Matthew and Katheryn stayed in the room next door, and Gethey spent nights with them, for which Katheryn credits Randi’s “self-mastery and forethought.” During the weekend, Matthew and Katheryn spent their days with Randi and her family, sharing feedings and changings. On Sunday, the time came to sign paperwork and check out of the hospital.

Unlike their first adoption, which took place in Missouri, when Randi signed her paperwork in Nebraska, there was no grace period for contestation. But Katheryn says that didn’t make it any easier.

“It was more difficult because we knew her more and her pain was harder because she was our friend now,” she says. “I was sobbing hysterically because I felt so bad for her. It’s such a weird experience to go through because we were so happy, but my heart was breaking for her.”

“I wanted a way that she [Randi] could stay up-to-date,” Katheryn says. “I mean, she wanted to see pictures of her first tooth, and she wanted to know the first word that she said when she said  it. She wanted that real-time feedback. With the blog, she can check it whenever she wants, but if she’s going through a time where she needs space, then she just doesn’t have to check it. She knows it’s there if she wants it, but she still has the discretion of whatever is most healing at the time.”

Matthew remembers how hesitant he was about openness in adoption.

“I think, not having experienced it, I was scared of how it would affect our family dynamic,” he says. “Having been part of an open adoption now, I think bonding with our babies was enough to let me know that no outside influence was going to be enough to disturb our family dynamic or change the reality they we were their parents.”

The couple was even more surprised to find how comfortable an open adoption could be.

“With Gethsemane’s birth family, seeing how healing it was for them to know they would still be in contact with her definitely enhanced the experience for us,” Matthew says.

But it’s not easy all the time.

“There’s pain involved, and yes, it’s chosen because it’s a choice made out of love, and it’s the best thing for the baby. But that doesn’t mean that there’s not pain and loss. And a lot of times, there’s even loss in the history of the family adopting, whether it’s miscarriage or infertility. I’ve seen how helpful it is (to stay in contact),” Katheryn says.

Finding a balance in openness is just one of the challenges of parenting adopted children. Matthew and Katheryn also knew that raising biracial children would sometimes prove challenging, and the couple tries to surround their girls with age-appropriate images of race and culture. 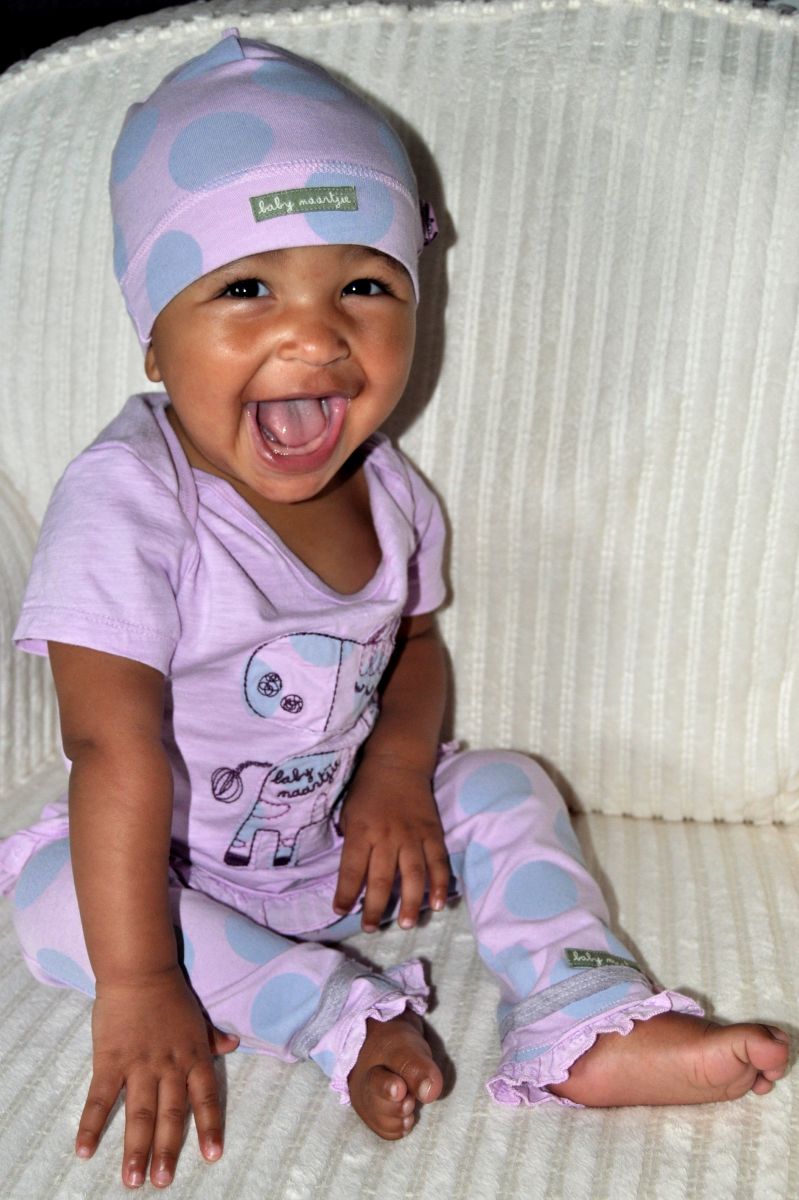 “I know that they don’t see that when they look at us, so I want them to see that around them, so it’s normal,” Katheryn says. “I just focus on us really raising them in a way that they know their heritage, that it’s part of what makes them special. And that it’s part of what makes them so beautiful, that that’s how we look at them, that that’s how their family looks at them.”

Katheryn has family members who are black and biracial; the couple goes to a church with a lot of black members and has a biracial babysitter. Verity gets her hair done at a salon that can care for her hair, and Katheryn has learned as much as she can about helping her take care of it. Their rooms are decorated with art with black and biracial children, and the couple carefully selects dolls, books and movies to help surround them with people who look like them.

“We can’t control things that will happen to them in the world,” says Katheryn, who knows that friendships will be key to self-image as they get older. “But we can give them that secure base of knowing who they are, where they come from and being proud of it so that they have that to fall back on once they go into the world.”