Thicker Than Blood - How One Father Overcame His Parenting Fears 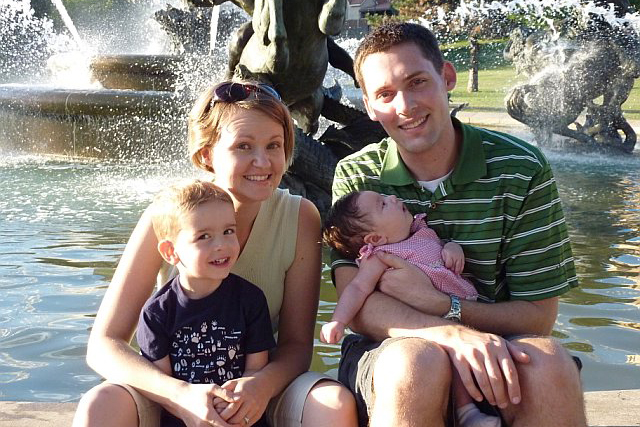 The family tree is a symbol of pride, stability and tradition for many families. It shows the genealogy of each member of the family, where anyone can pinpoint where their hair color, body type or inherent skills came from.

For Jason, one such adoptive father, it was a recurring worry.

“I had horrible nightmares that on our family tree there would be a big asterisk next to our child: This kid was adopted," he remembers.

But, as it is with many adoptive families, Jason would find that the love he felt for his adopted child would eventually far outweigh any biological “need” to carry on the family bloodline.

The Roots of Adoption

After learning from the fertility doctor that it would be unsafe for her to produce children biologically, Sara was unsurprisingly accepting of the news. She had prepared herself her whole life to adopt a child, even as far back as grade school, so the news was far from devastating. Jason was just as understanding.

“I think in my head I always knew that with Sara’s heart problems it would be a little more difficult for us to have children,” Jason says. “We are not really high-strung people. If that’s what happens, that’s what happens. You really can’t control it. There is no sense in fretting over it.”

Jason and Sara discussed the prospects of adoption during a ride in the car, and just two days later, Jason was all in. His only reservation was how he would tell his family. 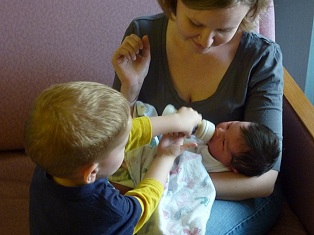 “He was so nervous,” Sara says, thinking back to the night they would tell his parents of their pending adoption plans.

They had met Jason’s parents for dinner at a local Italian buffet in Kansas. Jason struggled to break the news to them.

“So, what do you want to talk about?” Sara asked.

“I think I need another plate of food,” Jason responded as he stood up and returned to the buffet for the third time.

Throughout dinner, Jason continued to wonder what his parents’, particularly his father, Les’, response would be.

“I’m the only boy on my dad’s side with the last name, and you have to carry on the name. For some reason that kind of pressure got to me,” Jason says. “My uncles would always say, ‘You are the only one with the Roos name; you have to carry it on.’ So, I kind of sat back and thought, ‘Well, I don’t know how everyone is going to take this.’”

Finally, Jason mustered up the courage to tell his parents. While the news surprised Les, it wasn’t for the reasons Jason had feared — but because Jason had those fears to begin with.

“I was surprised and maybe a little dismayed that he had somehow got the understanding that I thought it was important to carry on the bloodline,” Les says. “When I asked him where he came up with this idea, he mentioned my brother had said something off-the-cuff that I think he had read far too much into. It was really a non-issue. I was actually very excited that they decided to start a family.”

Jason was relieved he had his parents’ blessings and even more relieved that the pressure he put on himself was off of his shoulders.

Equipped with the confidence that both of their parents were fully onboard with the adoption, Jason and Sara began researching adoption agencies. They talked with some friends who had adopted through American Adoptions, and before they knew it, they were at American Adoptions home offices attending a January seminar.

Little did they know, around this same time a woman in Missouri named Casie found out she was pregnant. Just days later she decided adoption was the best choice for her and her baby, so she opened up the Yellow Pages and found American Adoptions. 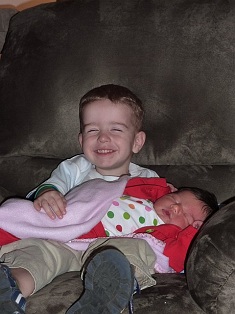 In May, just two months into activation, Sara was at work when her phone rang, displaying an unrecognized number.

“Could it be? No, it’s probably not, but maybe, I thought,” Sara recalled. “I was super excited but tried to remain cool and calm when I answered. I thought I’d be all flustered. I wrote everything down and called Jason.”

“I’m very much a planner, so we had it planned out for six months,” Jason remembered. “I think that was the part that surprised me the most. I didn’t believe it because we hadn’t planned or done anything we said we were going to do. Regardless, I was thrilled with the news.”

Casie’s inducement date came on July 5, so Jason and Sara were able to be there for the birth of their son, Wyatt. Jason waited outside the room, while Sara watched in amazement.

The moment she had dreamed of her whole life then occurred: She was now finally holding her baby boy. Something peculiar crossed her mind during that special moment as she gazed into his eyes.

“I thought, ‘I am going to look at this face for the rest of my life,’ and I wondered what he is going to look like when he is bigger,’” Sara e

xplained. “I’m sure every mom is like that; when you have a baby you don’t know what they are going to look like either, so you kind of wonder. But, I couldn’t say, ‘Oh, there is Jason’s nose or there are my eyes.’ It’s a brand new face. That may be different for some people, but that was really exciting to me.”

Jason and Sara’s family was growing, but it was still not complete. They contacted American Adoptions again in January 2010 in hopes to adopt another child by the end of the year.

They figured since they already had a child, many of the birth mothers would pass over them in favor of adoptive families who weren’t yet parents, since they would then be able to give the birth mother’s child their sole attention. They were wrong.

Once again, they underestimated themselves and their wait time. Before Jason and Sara even became re-activated, they were contacted yet again with a match opportunity.

“It was such a surprise,” Sara says. “Since I love Wyatt so much, I thought when I received this call I would break down, but I didn’t because it was such a shock. I was in complete disbelief.”

Jason and Sara turned to their parents, including Jason’s father. He was more than happy to welcome another grandchild into his life.

Both Jason’s parents and Sara’s parents loaned them the money to accept the match, and their second adoption was underway.

Once again, Jason and Sara were able to meet the birth parents before the birth of the baby. This time, they were matched with Jimmy and Christine from Wisconsin, who chose Jason and Sara because of Wyatt — they wanted their baby to have a big brother.

“We brought Wyatt, who was almost 3 years old, when we met them and they just loved him,” Sara says. “I think he kind of just sealed the deal for the whole thing, having him there. We met her parents, his parents; we got to meet everybody.”

Christine’s due date arrived in May, and Jason and Sara returned to Wisconsin with Wyatt. When they arrived, they waited outside the hospital room and heard a baby cry. They waited 45 long minutes until they were able to meet their baby girl, Tenley.

The Family’s Next Chapter

But the one thing they knew for sure witnessing Wyatt care for his adopted baby sister that night was it was as pure of a moment in their entire family’s history as any other. Any thought regarding the passing on of the family bloodline hadn’t once crossed either of their minds since the night Jason told his parents of the adoption.

That May of 2010, the four returned to Kansas, already bonded by something much stronger than blood.

“We can’t imagine loving anyone more than we love our kids,” Sara says. “It’s not about looking at the baby and recognizing the nose. It’s seeing Wyatt and Jason play baseball together, which they both love; I like dogs and Wyatt loves dogs. Even just the way we talk and the things that we do — you know he is getting that from us.