American Adoptions wasn’t always on Lyndsey and Marie’s radar. In fact, for their first adoption four years ago, the couple worked with a smaller matching agency to bring home their daughter.

But, that first agency taught them a few important lessons when they were first-time adoptive parents. When they started talking about adopting again, they knew to think hard about finding a new professional. 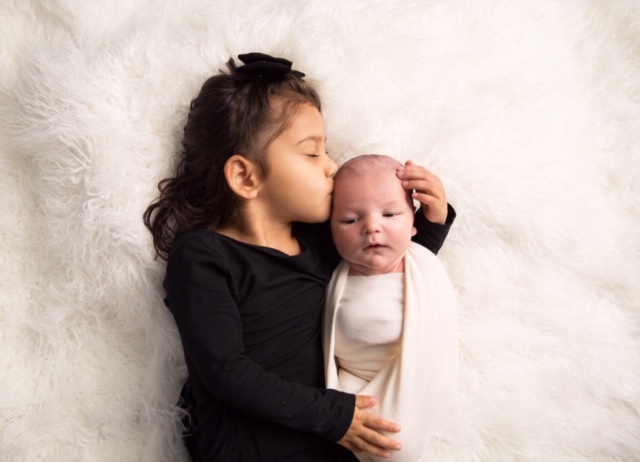 “We were pretty naïve at the time,” Lyndsey remembers. “Having now learned a lot more about adoption, we realized it was kind of unethical — my daughter’s birth mom did not have a lawyer, did not have a social worker, she wasn’t offered counseling. In hindsight, that was something we should have been thinking about, but we just didn’t know.”

Lyndsey and Marie agreed they needed a full-service agency that could provide the services their daughter’s birth mother didn’t receive. It just so happened that a friend of theirs had adopted through American Adoptions. After talking to their friend and an adoption specialist, they knew it was the right choice for them.

Lyndsey and Marie will be the first to tell you that they got lucky with their adoption journeys. They waited only a few weeks to be chosen for each adoption opportunity and, save for some state-specific legal issues, their adoption processes were straightforward and successful.

“(Our story) was kind of unusual,” Lyndsey admits. “I don’t want people to have those kind of expectations, because it’s going to hurt a lot when you’re let down. It’s super unusual, we got super lucky, we don’t know why.”

But, that’s not to say there weren’t some difficulties — and some important learning experiences — along the way. 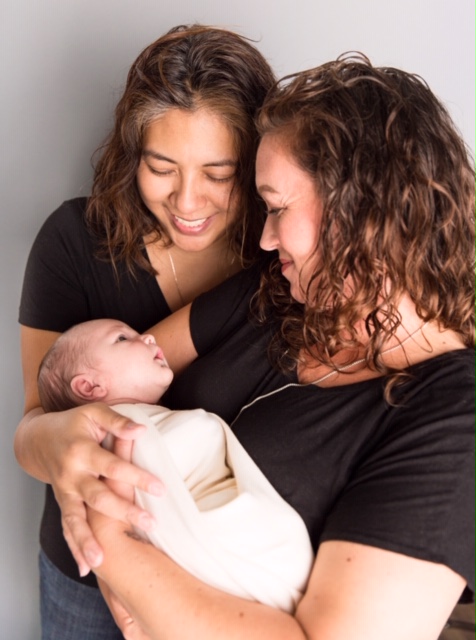 Adopting as a Lesbian Couple

When Lyndsey and Marie began their first adoption journey, they chose to work with a matching agency that specialized in adoptions by same-sex couples. Like all hopeful adoptive parents, the two were nervous about their chances of being chosen by a prospective birth mother, and being a same-sex couple added another degree to their concerns.

Their worries would turn out to be unfounded.

In fact, Lyndsey said adopting as a lesbian couple through American Adoptions offered an advantage their last agency could not — the chance to stand out.

“People either are or aren’t going to adopt to gay people. There’s no ‘maybe,’” she adds. “I don’t know where people get that idea, or why they want to, or why there’s so many women who think, ‘Yeah, I want to adopt to a lesbian couple,’ but with American, there are a lot less couples to wade through.” 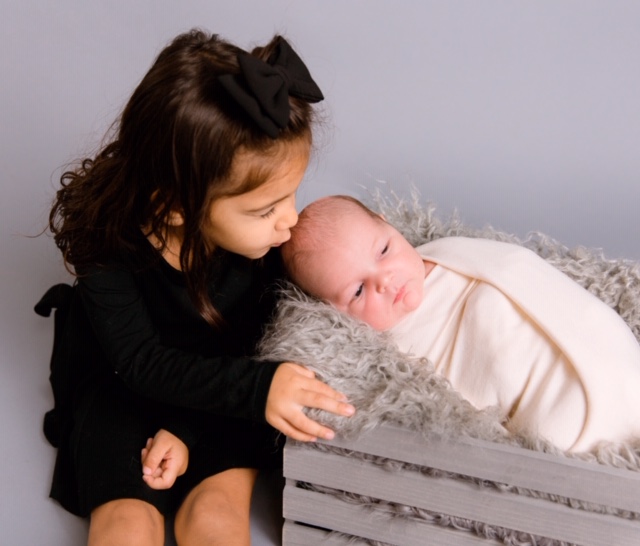 Still, Lyndsey says it’s nothing you can really understand until you are living it. Fortunately, it’s been mostly smooth sailing on their part; they meet with their children’s birth mothers about once a year, and both children will play a role in their son’s birth mother’s wedding next year, too.

That’s not to say it’s always been easy.

“It hurts that our kids have three moms, but I think that’s every adoption — you’re not going to be the only mom,” Lyndsey says. “My daughter’s birth mom wants her to call her “Mommy ‘A.’ Of course, I’ll respect her wishes, but it hurts to hear it.”

Learning Along the Way

While Lyndsey and Marie’s children are still fairly young at this point, the couple is taking steps to prepare for the future. Lyndsey has joined a few adoption support groups, mainly those with adult adoptees, to anticipate the needs and feelings of her children in the years to come. She knows she will have to answer her children’s questions about why they were placed for adoption when their biological siblings were not, as well as other complicated situations specific to each child’s birth father.

Lyndsey and Marie have also made tough decisions when it comes to protecting their children’s best interests. Because they adopted transracially with their children, they made sure to join transracial adoption support groups to recognize their responsibilities as adoptive parents. Lyndsey is white and, even though Marie is Filipino, they’ve had a bit of learning curve when it comes to learning about anti-racism. 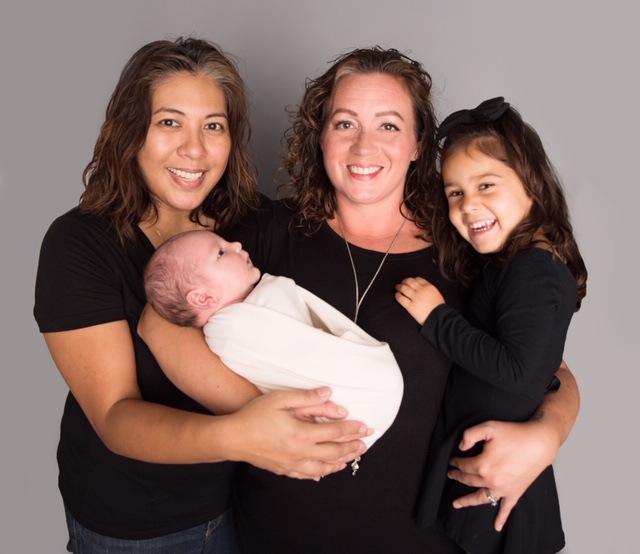 “I clearly have a lot to unpack,” Lyndsey says. “My tolerance is a lot lower, and my voice is a lot louder. I’ve lost a lot of family because I won’t tolerate jokes or micro-aggressions and they’re not willing to face their racism. We have one close white family member who suggested ‘Beaner’ as a cute nickname for my Mexican daughter and saw nothing wrong with that. My kids might not understand now, but they will someday, and we want our kids to know that their moms will always stand up for them and that they’re our first priority.”

Lyndsey says she has found herself in a guiding role for other adoptive parents, some of whom have reached out via their adoption agencies and others through their adoption support groups. While she’ll be the first to admit that she and her wife are learning this as they go, there’s one piece of advice she would pass along to other adoptive parents:

“The more honest you are in your profile, the better your whole experience will be,” she says. “Once you start lying and pretending you’re somebody you’re not, you’re going to deal with that for the rest of your life.”