Fostering Relationships - Why One Family Opened up to Birth Mother Contact 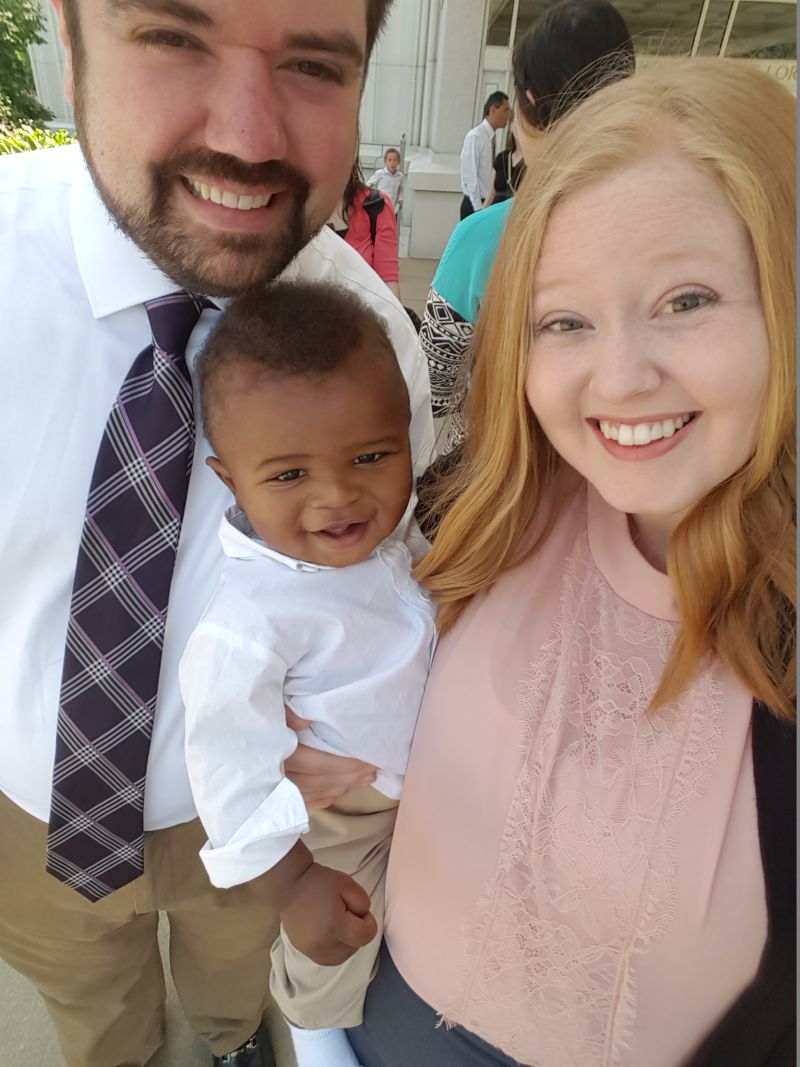 Katelyn and Matt had a choice to make: in vitro fertilization or adoption.

The couple was planning a vacation to Colorado, and they decided that the long car ride would give them the perfect opportunity to talk about their options and make a decision. But when they woke up on the morning of the trip, they both knew what their answer would be.

“We both just knew it was adoption,” Katelyn says. “It was the strangest feeling. We just knew, 100 percent, that adoption was what we wanted to do.”

But while the hopeful parents were certain of their adoption decision, they also had some uncertainties that they needed to face — and some lessons to learn along the way.

Like many adoptive couples, Katelyn admits that prior to starting the adoption process, she and Matt were nervous about interacting with prospective birth parents.

“I didn’t understand how people could be open with birth parents… I think I was just afraid of open adoption,” she says. “It came from a place of just not understanding yet.”

It was around six months before beginning the home study that Katelyn came across a blog post that changed her mind. In it, an adoptive family had hired a photographer to document the time they spent at the hospital meeting their baby and his birth parents for the first time.

“They captured some pictures of the handoff between the birth mom and the adoptive mom, and that really changed my whole perspective of everything,” Katelyn says.

She and Matt began doing more research about open adoption. They read several accounts from people who had grown up in closed adoptions and realized that these types of relationships presented a number of emotional challenges for adopted children.

“We came to the conclusion that it takes a village to raise a child, and in our case, our child was just going to have two moms and two dads,” Katelyn says. “I don’t think now that there should be any reason why he can’t love both of us in different capacities — both me and his birth mom.”

In addition to their own research, Katelyn says their home study worker and the staff at American Adoptions helped them realize that a more open adoption would be best for their future child.

“[Our home study worker] was very in-depth with us about how we should handle the process, how important it was to foster a relationship with our birth mom, and how important it is that we’re open and honest with [our child] from the beginning,” she says. “Everybody was really good at preparing us for what our next steps would be and what we were in for.”

‘We Fell in Love Instantly’

About seven weeks after going active with American Adoptions, Matt and Katelyn received the call they had been waiting for — an expectant mother had chosen them as potential adoptive parents for her baby. Their adoption specialist scheduled a conference call for the following week so they could all get to know each other better.

“We were so nervous, but we were prepped and ready, and she was really great,” Katelyn says. “We fell in love with her instantly.”

The couple grew close with their son’s prospective birth mother, exchanging text messages almost every day and delighting in the ultrasound pictures she sent them. A month later, she told them she was going to be induced. Matt and Katelyn were on a plane within a few hours, eager to meet her in person and welcome their baby to the world.

The couple arrived in Virginia, where their son was being born, and spent the day excitedly shopping for the baby things they would need during their stay. They were anxiously waiting until it was time to meet the prospective birth mother at the hospital — and then the phone rang.
"About three hours before we were supposed to meet at the hospital, our adoption specialist gave us a call to let us know that [the prospective birth mother] had kind of had a moment of difficulty, and she wasn’t sure what her decision was going to be,” Katelyn says. “We mentally prepared for that, but it was still really hard. We just waited by the phone, and it got really emotional there for a little while.”

Katelyn says those few hours were the hardest part of their entire adoption journey, but she understood what a big decision their son’s birth mother was making. A few hours later, the expectant mother decided she was ready for them to come to the hospital.

Even though the couple was meeting their son’s birth mother for the first time, Katelyn says it felt like they had known each other for a long time. The doctors decided to wait until the following morning to induce labor, so they had the entire night to get to know one another. They all stayed in the same hospital room, watching Food Network until the early hours of the morning and discussing their future plans for the baby.

“We had a very unusual relationship with our birth mom,” Katelyn says. “We recognize that not everybody has that relationship where they can just sit in the hospital room and talk and be open, but we really love her.”

“She talked about her fears and we talked about ours, and there was this beautiful moment when we stopped filtering everything so much and being so afraid of saying the wrong thing, and we were just honest,” she says.

The doctors started the induction the next morning, and after a long labor, they decided to do a C-section. That was challenging for their son’s birth mother, but Katelyn stayed with her every step of the way — she was even able to be in the room when their son, Marcus, was born.

The new family spent the next two days and nights with their son’s birth mother, staying in her hospital room and bonding with her and the new baby until they were discharged. Saying goodbye was difficult for all parties involved, but Katelyn says their relationship with Marcus’ birth mom is still going strong; they still text every other month or so, and they hope to continue their open relationship for years to come. 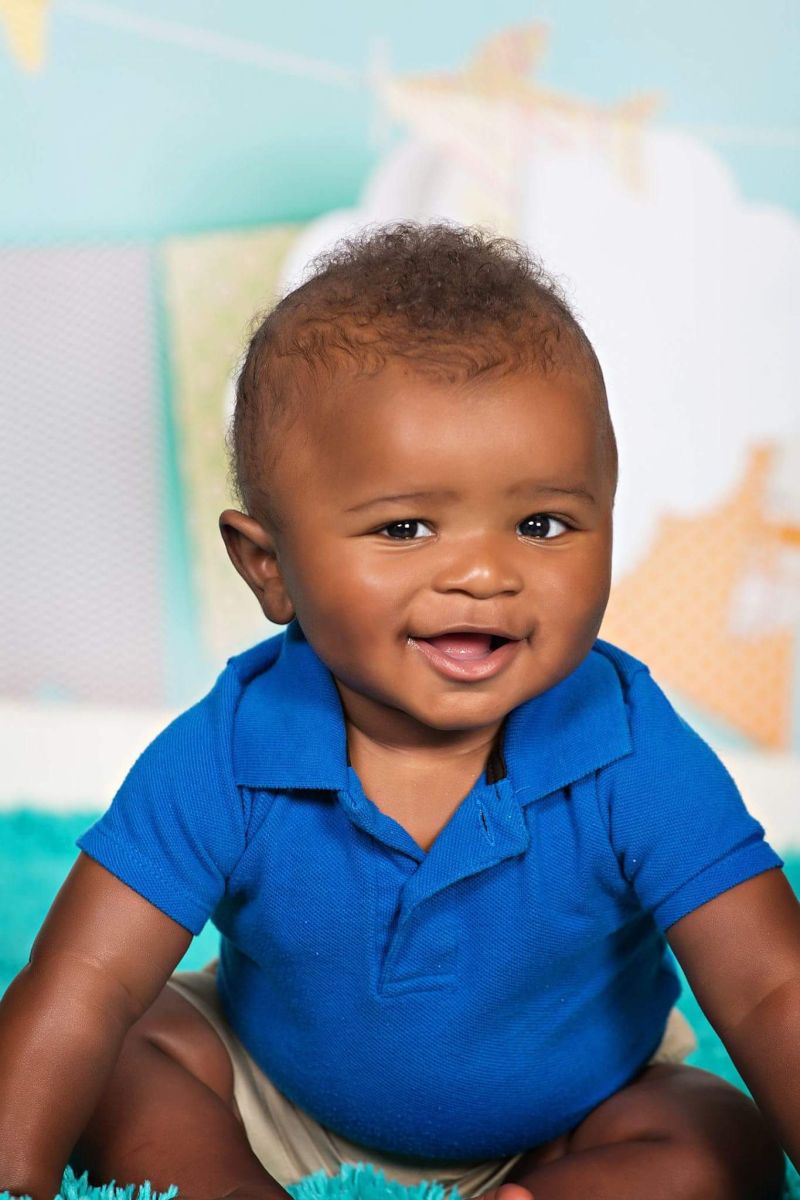 Today, Marcus is a happy, talkative 11-month old. Matt and Katelyn say they loved their experience and would do it all over again in a heartbeat.

Their advice to other adoptive families is to always do what is best for the child. For Matt and Katelyn, that meant facing their fears and insecurities head-on and ensuring their birth mother’s adoption experience was as positive as possible.

“I think a lot of people go into adoption just wanting a baby, and it took us some time to learn just how much our birth mom was going through and how much of the adoption was about her and her baby,” Katelyn says. “I think it’s important to foster that relationship with her and to realize the sacrifice that she’s making in placing a baby for adoption, and just the sheer amount of work and thought she’s put into it… She’s every bit a part of this story, as much as our son is.”