For most of their life together, Jeannine and Ryan had no interest in having children. They both worked successful jobs that kept them busy, and they enjoyed traveling around the world together on their off time.

But, once something clicked and their first pregnancy resulted in a miscarriage, they knew they had to fully dedicate themselves to becoming parents. Adoption was the next step in their journey, and they knew it wasn’t going to be easy. 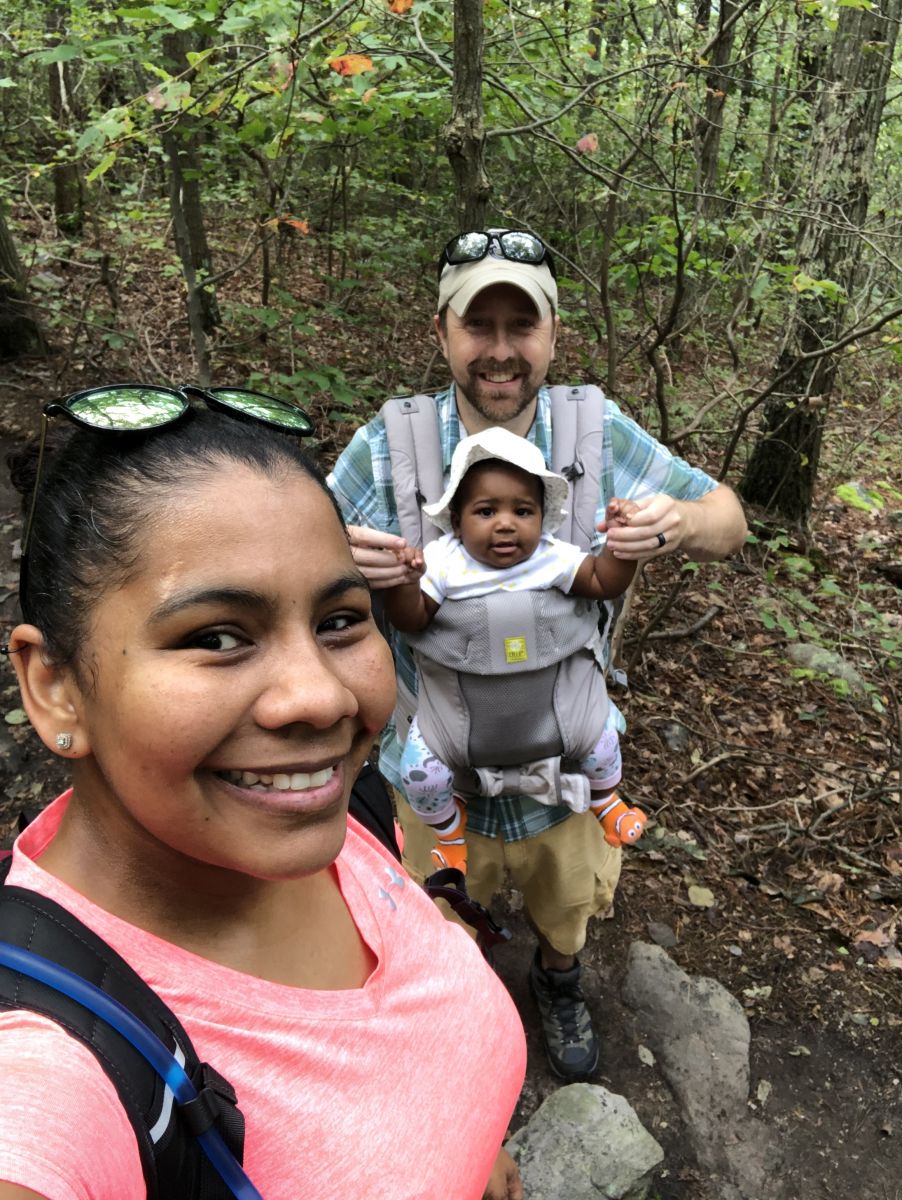 “We didn’t want to go through that emotional rollercoaster and turmoil of potentially having another miscarriage,” Jeannine says. “We had talked about adoption long before that — actually older child adoption.”

As Jeannine and Ryan considered older child adoption, their teenage niece and nephew came to temporarily live with them for about a year. After getting a taste of what parenting was like and confirming it was for them, they also knew that parenting from infanthood was the path they wanted to take.

“We really wanted to have a baby — to start from the beginning and grow with the baby,” Jeannine says.

So, after a few months of research, the couple found American Adoptions. And, as they say, the rest is history.

Starting with an Open Mind

Like many waiting adoptive parents, Jeannine and Ryan had some anxieties about certain parts of the adoption process. What they weren’t too concerned about? Having an open Adoption Planning Questionnaire (APQ).

Ryan and Jeannine are an interracial couple. Combine that with their experience traveling the world, and it made going into adoption with an open mind easier than they thought.

“That opportunity to have experienced other cultures — we’ve found that there are so many really amazing and unique things that you find when you open your heart and your mind to people of different races and different cultures,” Ryan says. “It was a natural acceptance.”

While they were equally open to an open adoption relationship, it did come with a bit more hesitation. So, Ryan and Jeannine set out to educate themselves with pre-adoption parenting classes. There, they learned about every potential aspect of an adoption journey, as well as how to prepare for the demands of everyday parenthood.

“We specifically picked a few classes to do in-person, and the ones we did in person, I’m very glad we did,” Ryan, who is white, remembers. “One of them we did was on interracial adoption, and there was actually another couple in there who had adopted interracially and they were going through the process again. They had had some negative experiences with other people in public, and they were able to relay the types of things they did to address that situation… You get some of those things reading about it, but actually talking about it I found really beneficial.” 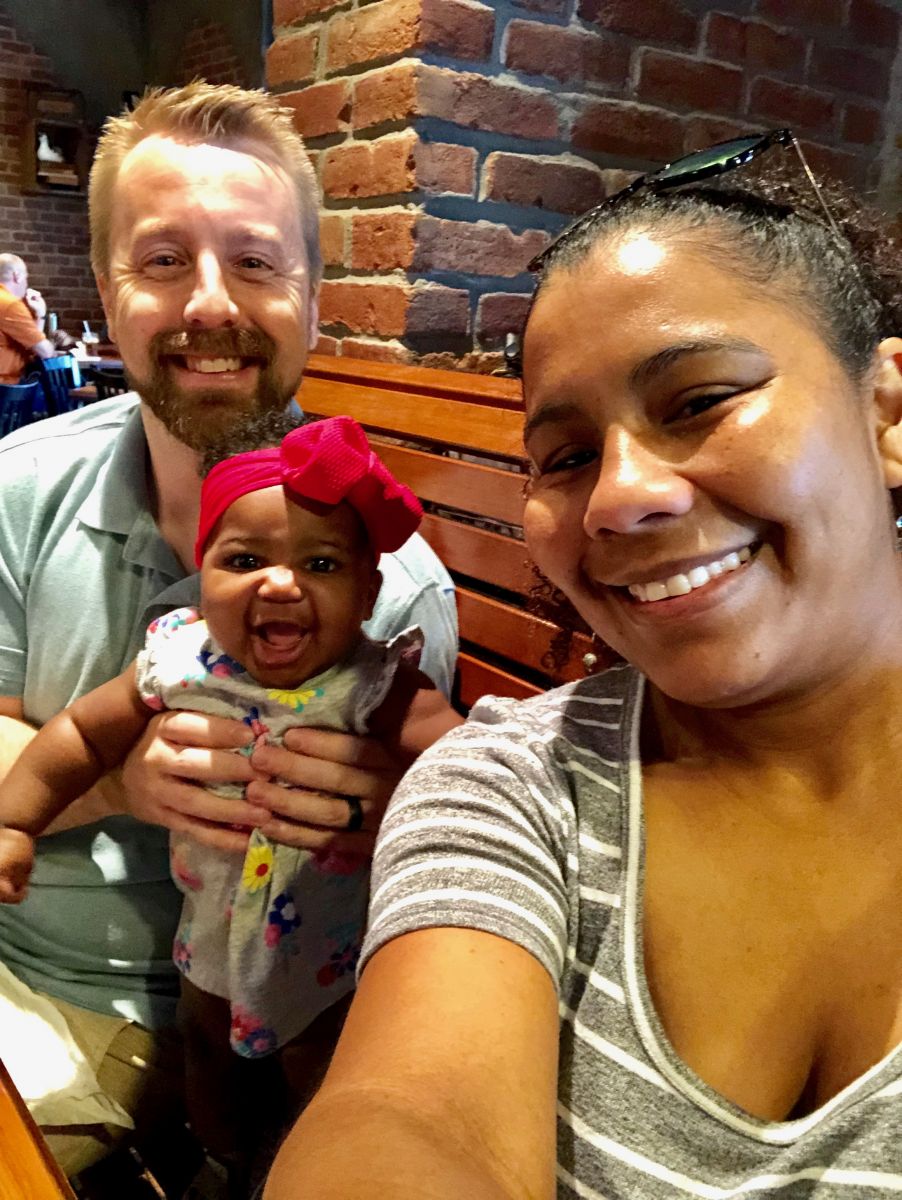 Jeannine and Ryan were ready for the average wait time of one to 12 months. So, they were shocked when they received an opportunity just three weeks after going active.

Jeannine was at work one evening, talking with a coworker about her and Ryan’s adoption journey. When she saw the call from American Adoptions, she says she felt every possible emotion in a split second.

“My heart jumped through the roof and back down and all around, probably 20 times before I calmed down,” she laughs.

Meanwhile, Ryan was on his way to law school classes for his final semester when he got the call. He pulled over while the couple conference-called with their adoption specialist.

“I was so excited that night I didn’t even go into class; I turned right around to go home to meet Jeannine so we could talk and process everything,” Ryan says.

The couple was able to speak with the prospective birth mother over the phone once. Then, they met her in person the weekend before her induction. Jeannine and Ryan were also able to meet her family — an experience they called “indescribable.”

“The fact that Adaline’s birth mom was such a sweet and genuine person made the process that much easier,” Ryan noted.

During the time before their daughter Adaline’s birth, the couple and the prospective birth mother talked about hopes and expectations for open adoption moving forward. She wanted yearly visits and regular updates, which Jeannine and Ryan were happy to oblige. The couple also made a point of learning about their future child’s heritage and culture.

“Whether it was family traditions or cultural things, we wanted to make sure that if there were things she wanted to ensure Adaline was exposed to in the future, we knew about those things so we could incorporate them,” Ryan says.

Adjusting to Parenthood with Adaline

Jeannine and Ryan felt blessed to be in the room when their daughter Adaline was born. They cut the umbilical cord and carried Adaline right after her birth. They were even able to stay in an extra maternity room in the hospital across from Adaline’s birth mother. Adaline slept with Ryan and Jeannine during the evenings.

“We were so thankful Adaline’s birth mom allowed us to be so involved in the process; it made memories we feel so lucky to have,” Jeannine said.

“Before she checked out, the birth mom did want to spend some time alone with her before she left, and that was definitely anxiety-causing for us, because we didn’t know if, at that last moment, spending that extra time, she was going to change her mind,” Ryan says. “But, she just wanted to make sure she had that opportunity, making sure she was committed to her decision.” 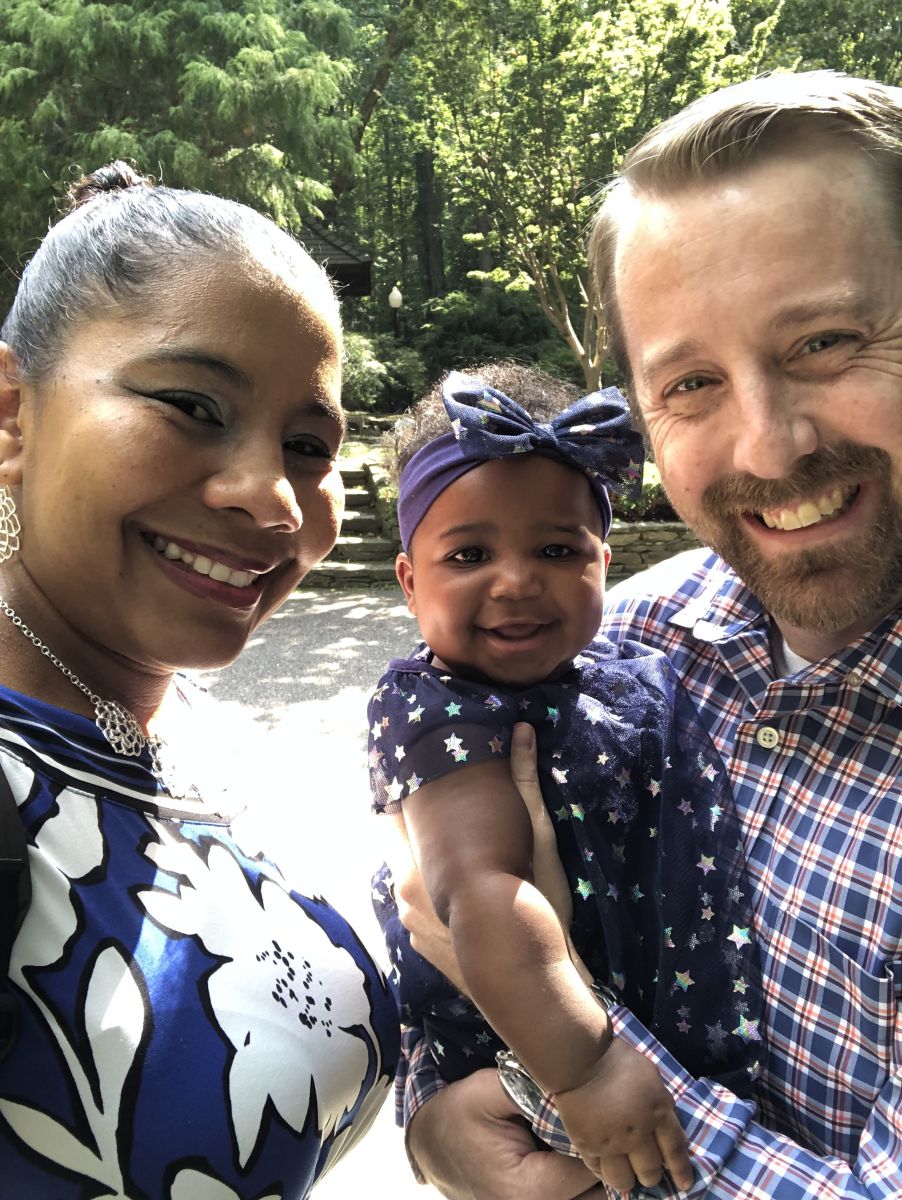 Ryan and Jeannine continue regular contact with the birth mother — not just for the birth mother but also for their daughter. They want to ensure Adaline maintains a strong connection to her birth family.

“Doing an open adoption just seems to make sense; I mean, why wouldn’t you?” Jeannine says.

“Knowing up front how beneficial open adoption is for the kid — I think that’s a key component,” Ryan adds. “When you understand that and how big of a deal it is for the baby, that really is an eye-opener.”

Today, Ryan and Jeannine are enjoying their first year with their daughter, with Jeannine taking advantage of six months of maternity leave. They admit it’s been an adjustment, especially how much extra effort it takes to plan time for themselves as a couple. But, in the end, they know it’s all worth it.

“You never can imagine how much love you can have in your heart until you experience it,” Ryan says. “We didn’t realize we could love someone so much until she came into our lives, and we’re really thankful to have the opportunity and that she’s with us now.”