Meg wasn’t usually a religious person. But, after almost a year and a half into the journey toward building her and her husband Tanner’s family, she sat down to pray.

It was the longest, most detailed prayer she’d ever made. In it, she asked that her family would grow sooner rather than later. They’d only been active with American Adoptions for about two weeks, but she was already feeling the nerves of the wait.

“I knew I was really ready,” Meg says. “I remember saying, ‘I’m so ready to have this baby and have this family.’”

The next day, Meg got a call from her adoption specialist. She thought it was just for a check-in and confirmation of documents they had sent over. It was for something even better — the news that their baby was waiting for them in Detroit.

“You wake up one day and it’s a normal day, and then three hours later, you’re a parent,” she says. “It was so crazy to me that the next day after my prayer I got that phone call — the power of prayer, I guess.”

“We Just Wanted to Have a Family”

Diagnosed with endometriosis at an early age, Meg had always known adoption would be likely. So, when she and Tanner couldn’t conceive after eight months, the couple was ready to move forward with a different option.

“We really wanted to do adoption,” Meg says. “We didn’t want to put a whole lot of money into getting pregnant, because that it really wasn’t an important thing. We just wanted to have a family.”

After a recommendation from a friend, Meg and Tanner called up American Adoptions. Like most parents, they were concerned about the unknowns — the time it would take, the possibility of a disruption, the emotional rollercoaster, the financial aspects. But their specialist Melanie was there for them every step of the way, putting them at ease.

“It didn’t seem to matter what time it was or what the circumstances were; we never felt like we were out there by ourselves,” Meg remembers.

Many adoptive parents stress over the details of their Adoption Planning Questionnaire but, for Tanner and Meg, one aspect was an easy choice: the race of their future child. They were already a multiracial couple. The two of them didn’t match — why did it matter if their baby did?

“We had no preference in terms of what the race was,” Meg says. “We thought it would make our family diverse if we all were different. To us, that was an easy thing… We wanted a baby to love and family, and that was the priority.” 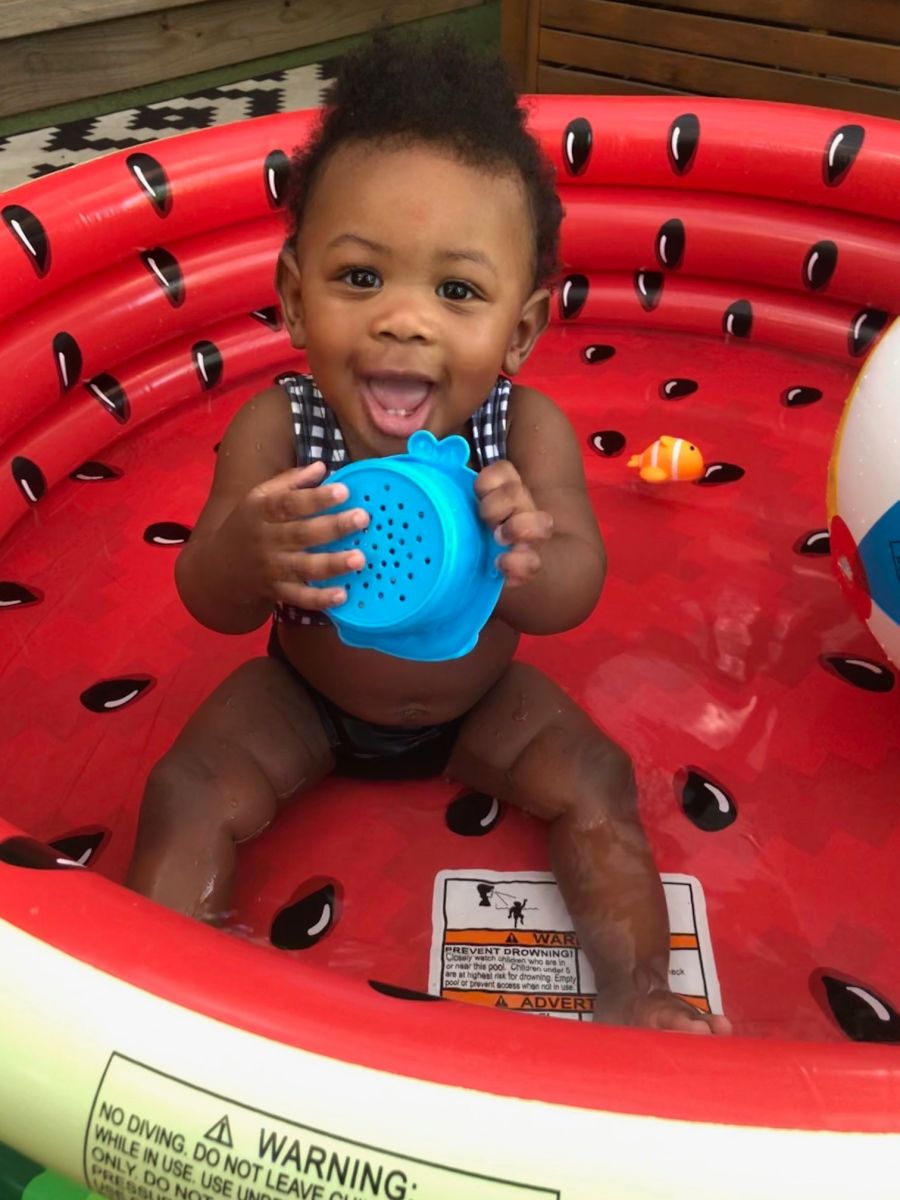 When Meg got “the call” from an adoption specialist, she frantically tried to contact Tanner, who was in the middle of a meeting at work. She herself was supposed to be at a client’s house any moment. But, the baby was already born — and everything else would have to wait.

Finally, Tanner and Meg were able to connect on a call with a specialist who told them all about their opportunity — that a mother in Detroit had just given birth and wanted to place her daughter with them. Everything in the situation matched up with their preferences, except for the budget. American Adoptions would give them two hours to decide — were they in?

“I remember we hung up with her, and we were both in shock, because you don’t really expect that to happen,” Meg says. “We were so excited, and we both felt so stupid, because it never went through our heads that we would say no. We were ecstatic, so we were like, ‘Can we just call her back right now?’

“For us, there was nothing to discuss,” she adds. “We just knew that we wanted her, and it was everything we had been hoping would happen.”

After throwing a few things in a bag, Tanner and Meg took off for the 12-hour drive through the night to Detroit. They arrived at the hospital in the morning, quickly got ready in the car and walked into the hospital lobby. There, they would have to wait before meeting their daughter and her birth mom.

“I think that’s when the reality sets in, because obviously you’re there and it’s become a lot more real, but it’s also when the fear sets in, because you’re so close to having your dreams come true that you’re afraid something is going to go wrong,” Meg remembers.

The birth mom had kept her pregnancy a secret and had initially wanted to place her child with Meg and Tanner without meeting them. So, Tanner and Meg were thrilled — and understandably nervous — when she changed her mind, asking to meet the couple before discharge.

“She turned out to be awesome, super sweet, very easy to talk to,” Meg says, “but there is this initial feeling, right when you’re walking through the door — ‘What are we going to say?’ ‘What are we going to talk about?’ She’s had this baby and she’s giving it to us. That’s not a normal encounter.” 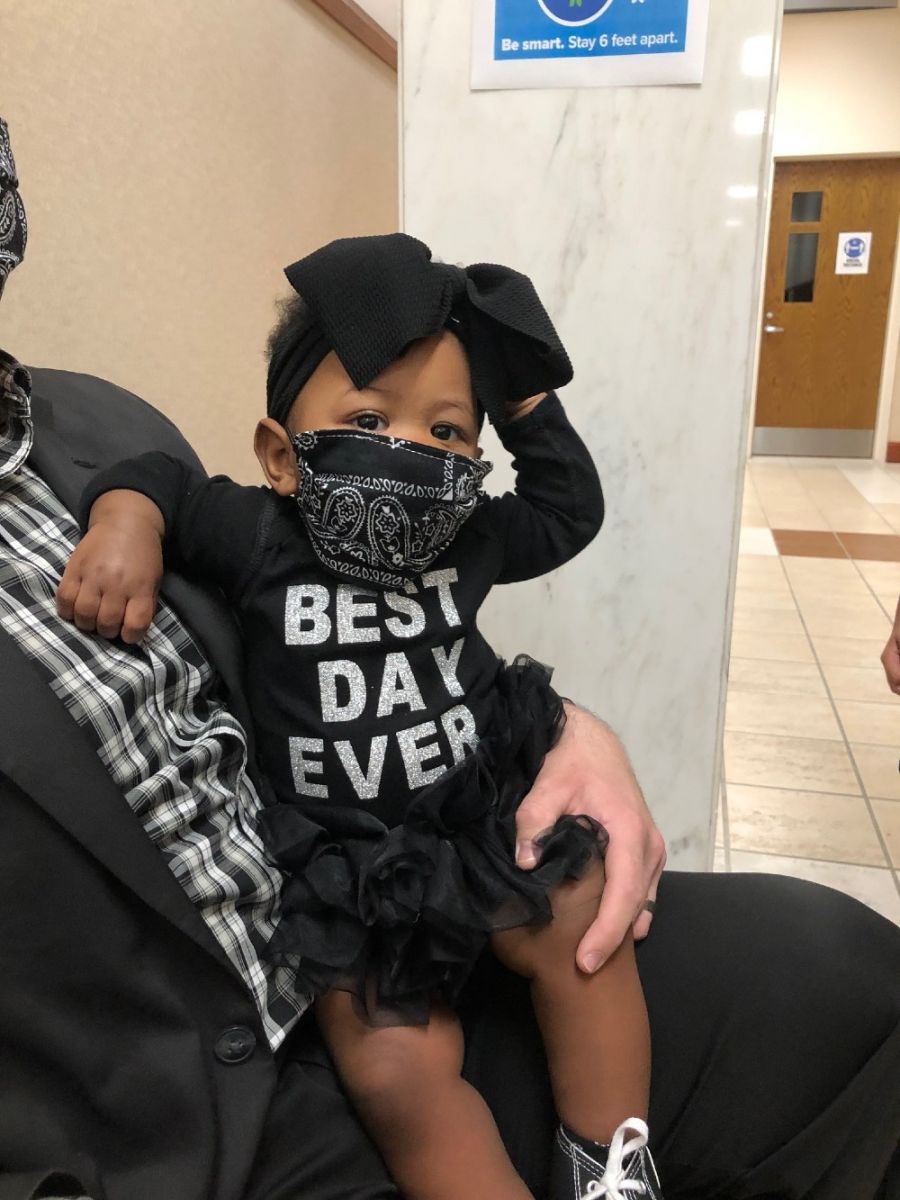 Because of his experience as a principal working with young students in difficult situations, Tanner took the lead in breaking the ice. While the birth mother would be discharged the day the couple arrived, Meg says they loved the short opportunity to get to know her — and it seems their daughter’s birth mother felt the same.

Still, the “goodbye” was hard for everyone. In fact, the birth mother delayed it for several hours. The couple’s minds automatically went to the worst. But, when she finally came out of her hospital room, the birth mom said, “I really didn’t want to cry.” Without thinking, Meg got up and hugged her.

Meg says it’s easy to get caught up in the excitement of finally having the baby you’ve dreamed about, but when it’s at the expense of someone else’s happiness, it’s a “surreal” feeling and an intense reminder that adoption is an “emotional two-way street.”

“Nobody can prepare you for when the birth mother has to say goodbye. It’s super emotional,” Meg remembers. “She already had a child, so she knew what she was giving up.”

To wait for ICPC clearance, Meg and Tanner spent eight days in Detroit. They were lucky enough to have both of their parents there with them; Meg’s parents drove up with their goldendoodle, and Tanner’s parents booked flights out of excitement at meeting their granddaughter, whom the couple had named Sloan.

They all stayed together over the long holiday weekend, which the new parents were thankful for.

“You didn’t have that stress of all those other visitors, and you had that bonding time to be with your family,” Meg says. “But we had the help of our parents, so it was kind of a perfect, harmonious group.”

Today, Sloan is a happy and vocal little girl. While Meg and Tanner haven’t experienced any outright challenges in regards to her race, they are actively preparing for those days by surrounding themselves with diversity and doing their research for the future. For now, Meg says she’s content to let people wonder why her daughter doesn’t look like her, rather than explain every little detail. To her, that just doesn’t matter — and neither does the worry and anxiety of the path they took to get here.

“Knowing that this child needed a home and that was something we could provide — not only are you getting the family of your dreams, but you’re providing a home to a child that needed it,” Meg says. “All of it is such a great experience. It makes it all worth it.”