When Darla and Easton found out they couldn’t have biological children, adoption was the natural choice. After all, Easton and his sister had both been adopted internationally by their American parents when they were young, and it had always been a proud part of their identity. On the other hand, Darla had no experience with adoption in her own family — but that didn’t stop the couple.

“Whenever I found out I couldn’t have biological children, we were just like, ‘Oh, we’ll just adopt,’” she says. “There wasn’t even a detailed discussion — we just adopted.”

It was this kind of faith in their decisions and the way things would play out that kept Darla and Easton strong throughout their adoption process. Trusting in God and themselves, they would soon have a little bundle of joy in their life.

Deciding How to Begin 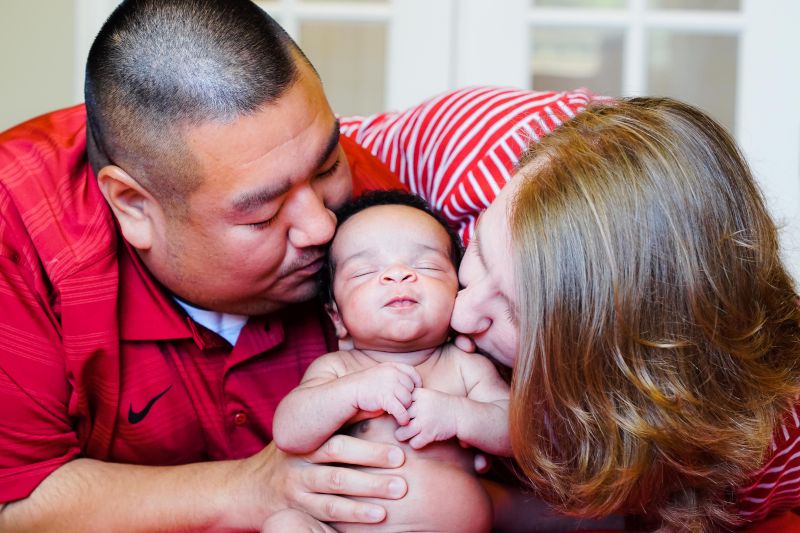 Like all prospective adoptive families, the next decision Darla and Easton had to make was the kind of adoption they would complete — and who they would complete it with. Because of Easton’s background as a child adopted internationally from South Korea, the two briefly considered an international adoption before choosing to adopt domestically. Part of the reason was the expense; the other was because Darla desperately wanted to adopt an infant.

However, like many prospective adoptive parents, the two had their reservations about private domestic adoption.

“People kept coming up to me saying, ‘The parents are still in the United States and they’ll track your baby down and take them away from you.’ They just have a lot of negative feelings toward that,” Darla says. “I think there’s some kind of misconception that the birth mother is going to take the kid away from you.”

Talking to adoption agencies like American Adoptions helped relieve them of this concern.

“You hear a lot of people telling horror stories, but I would want them to know in advance that’s not every story,” Darla says. “There are a lot of great birth mothers out there. If you meet the birth mother or you have a semi-open or open adoption, that doesn’t mean you’re going to be less of a mom or lose your child in any way.”

And, while Darla and Easton did look at several Christian adoption agencies, they eventually decided on American Adoptions for the level of professionalism they received and the genuine openness and care the specialists had for their adoption goals. From there, they created a rather open Adoption Planning Questionnaire, including a willingness to be matched with prospective birth mothers who had medical conditions and used substances during .

“There are always risks with every child,” Easton says. “We were just taking a leap of faith, and we’ve always known that God is going to put the right child for us in our lives.”

“You could adopt a child where you think the mother hasn’t used something, and the mother may have not recorded it,” Darla adds. “There’s just no way you can predict those things.”

What else they couldn’t predict? A pop-up adoption that would lead them on a road trip from Arkansas to Michigan. 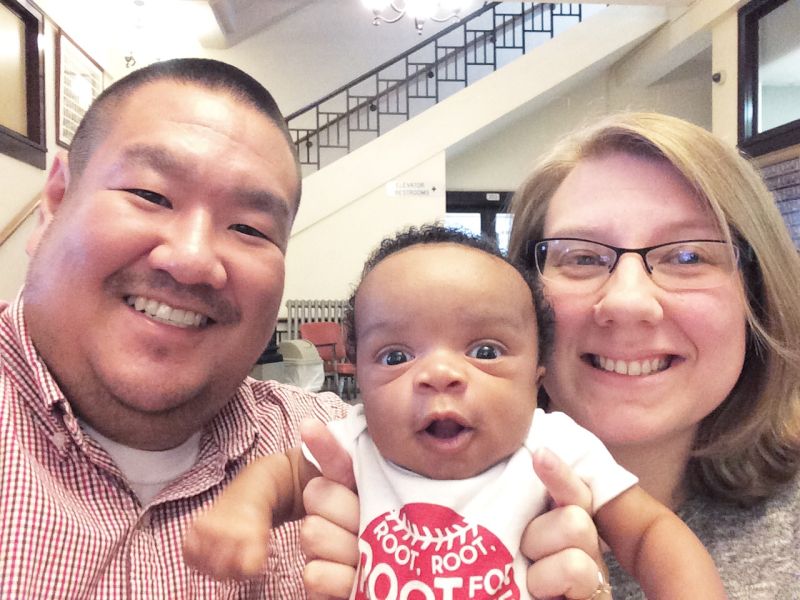 Four months after activation, Easton and Darla were sitting at home in the living room trying to decide what to eat for dinner when the phone rang. It was their adoption specialist, telling them a baby had been born in Michigan 30 minutes earlier — and his birth mother had chosen them as his adoptive family. While the adoption situation was a bit out of their budget, they knew this was the right baby for them.

“There was already a child in this world that needed someone to come get them,” Darla says. “It was just one of those things: We had only been on the wait list for four months, but it sometimes felt like it was 10 years. No matter how much it is outside of your budget, if the money is available, you’re going to take it.”

So, after generous friends and family helped them meet this budget, Easton and Darla made their way to meet their new son, whom they named Braxton. While they spoke to their son’s birth mother on the phone while driving, they were lucky enough to also build a relationship with her at the hospital. A young mother who already had another child, Braxton’s birth mother was confident that she was making the right choice for her baby. While she did want communication regarding important milestones in his life and photos and letters, she was comfortable with no face-to-face contact unless he wanted it later in life.

Darla says she was incredibly personable, telling the couple about her older son’s little habits (which Darla admits she sees in Braxton, too) and giving them specific parenting tips based on her son’s personality.

“Looking back on it, I don’t think I would have coped emotionally if I hadn’t met her,” Darla says. “She said things like, ‘I’m so happy I was able to do something for someone else.’” 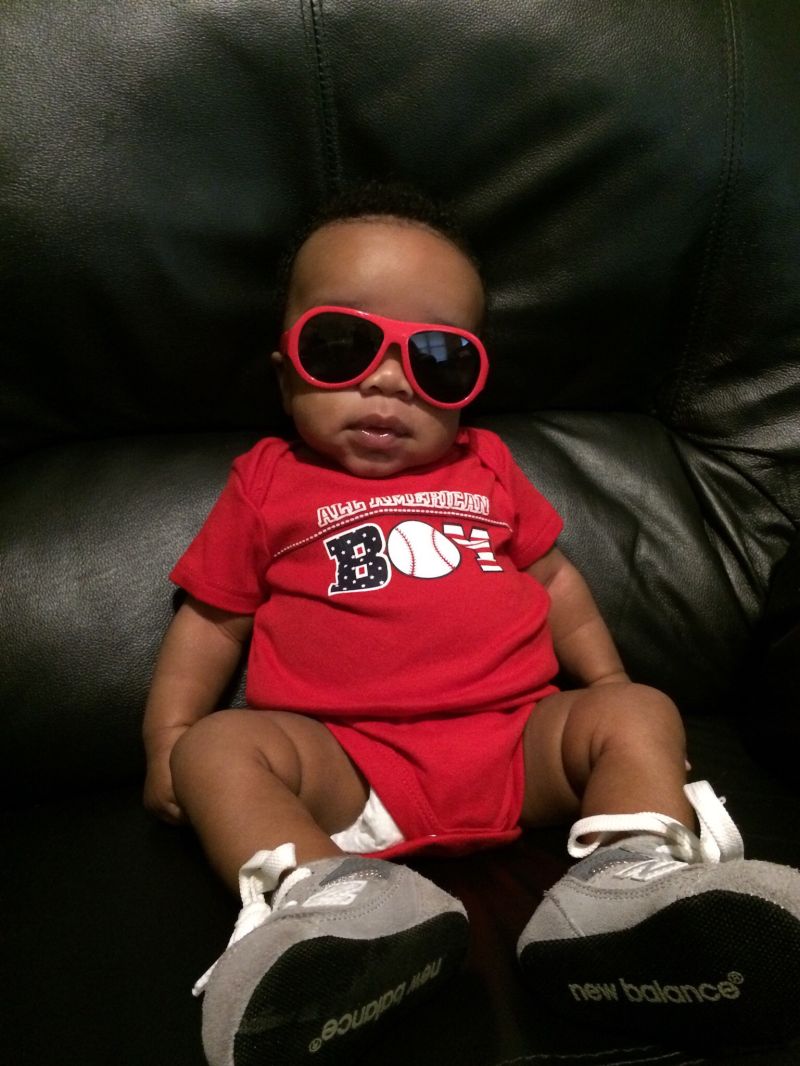 “She was fully, with her whole heart, giving us Braxton,” Easton says. “I felt like she felt more at ease after she had visited us and talked with us.”

Today, Braxton is an easy 2 month-old, sleeping through the night and eating on schedule. While it has been an unexpected adjustment to make so quickly, Darla and Easton agree it’s definitely been a welcome one.

“It is kind of weird because you don’t have those nine months,” Darla says. “So, sometimes it’s kind of like, ‘Wait a second; I’m a mom?’”