For Jenna and AJ, adoption was not a question of “if” — but a question of “when.” In fact, since their first date, the two had talked about their desires to adopt, albeit from different places. 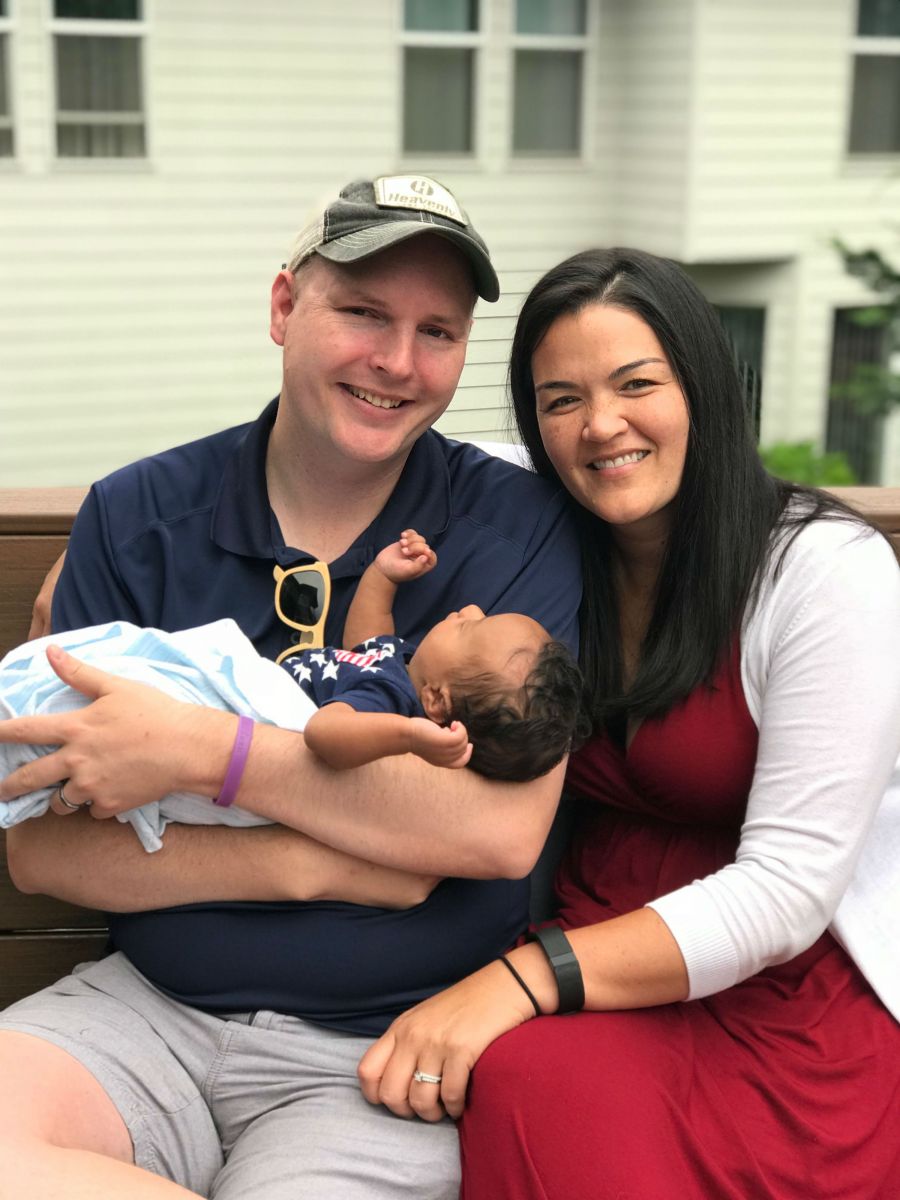 For Jenna, adoption was an integral part of her life. She was an adoptee herself and grew up with several other adopted siblings. Because a few of her siblings were adopted while she was in college, she was lucky enough to see adoption through two lenses — her own during her childhood and hers as an adult sibling to another adoptee.

AJ didn’t have any adoption experience himself, just an intrinsic desire since he was young to adopt a child. So, when the two didn’t conceive right away, adoption was the natural choice.

“A lot of people said, ‘Oh, that’s such an admirable thing you’re doing — adopting,’” AJ remembers. “It never occurred to me that side of things… I didn’t do it to be ‘cool’ or anything. It was just what I felt I needed to do.”

Creating Their Own Adoption Story

At first, Jenna and AJ explored all of their adoption options. Quickly, international adoption was ruled out because they didn’t meet marital length requirements. Because a few of Jenna’s siblings were adopted from foster care, the couple also considered adopting through the state.

“I wasn’t adopted through an agency, but I was an infant adoption,” Jenna says. “So, that avenue had a special place in my heart, I guess.” 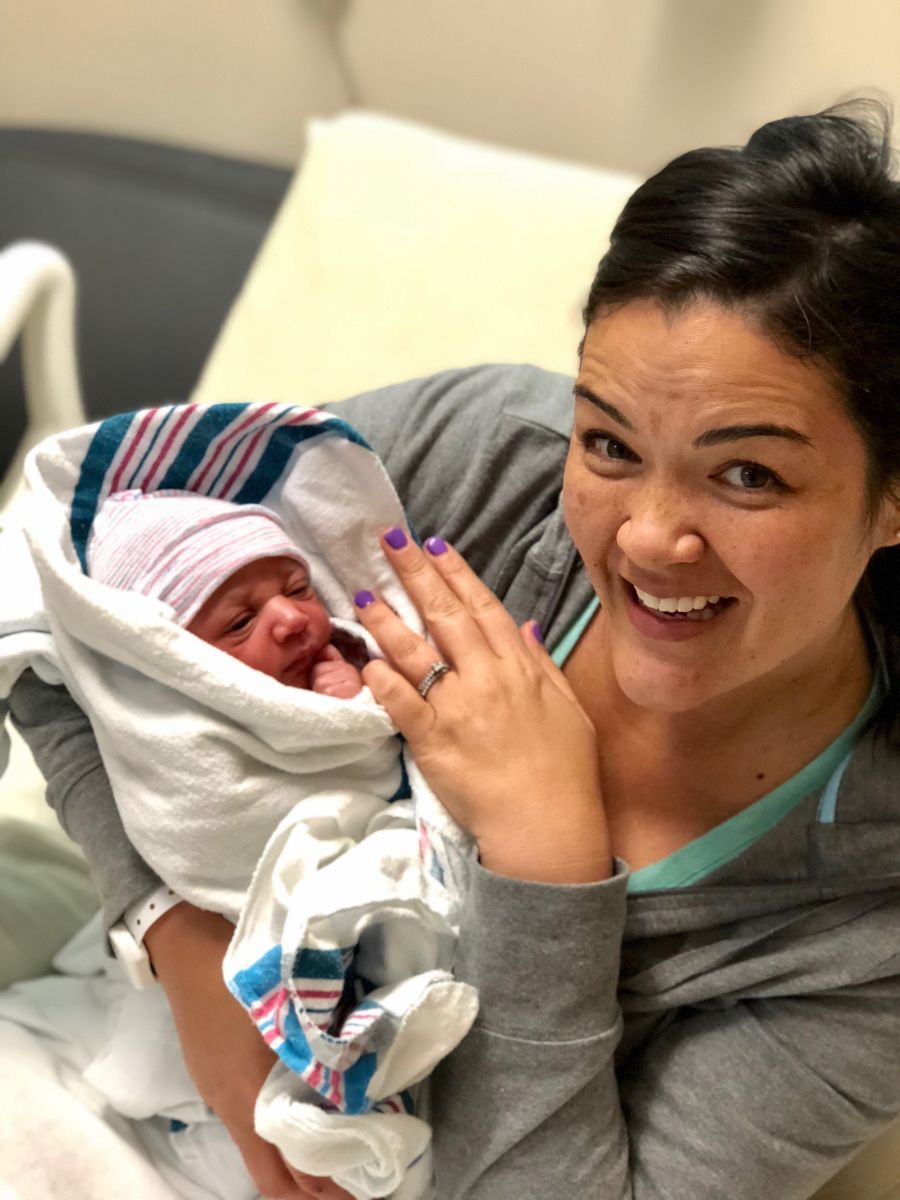 Once they decided upon infant adoption, the next step was finding the best agency for them. By chance, Jenna saw a friend had liked American Adoptions on Facebook. Curious, she contacted the agency for more information. Adoption specialists quickly responded to her and AJ’s questions. The way they spoke about expectant birth mothers and the support they offered the women, as well as the agency’s Risk-Sharing Program, sealed the deal for the couple.

“Every time we talked to someone from there, they were always super friendly and super helpful,” Jenna says. “They never made us feel bad about asking a question I’m sure they had been asked a million times. It just felt natural.”

Adoption specialists would continue to guide Jenna and AJ through every step of their journey. The couple admits the process seemed daunting at first but, when their specialists broke it down step-by-step, offering guidance and support, it became much more manageable than they first anticipated.

However, even with support, Jenna says she was still nervous about the waiting part of the adoption process (unnecessarily, it would turn out).

“I was talking to my sister, ‘You know, they tell everyone it could be a year or longer… but I don’t know if I am prepared for that, if I’ve really come to terms with how it could be a long process’ — but literally, two hours later, we got the call,” Jenna remembers.

Jenna and AJ point to their open adoption planning questionnaire (APQ) as the reason they waited just a week after activation to receive the call. As a multiracial family themselves, they were open to an adopted child of any race. Combine that with their acceptance of open adoption and personal experience with the process, and they said they weren’t entirely surprised at their shorter-than-average wait. 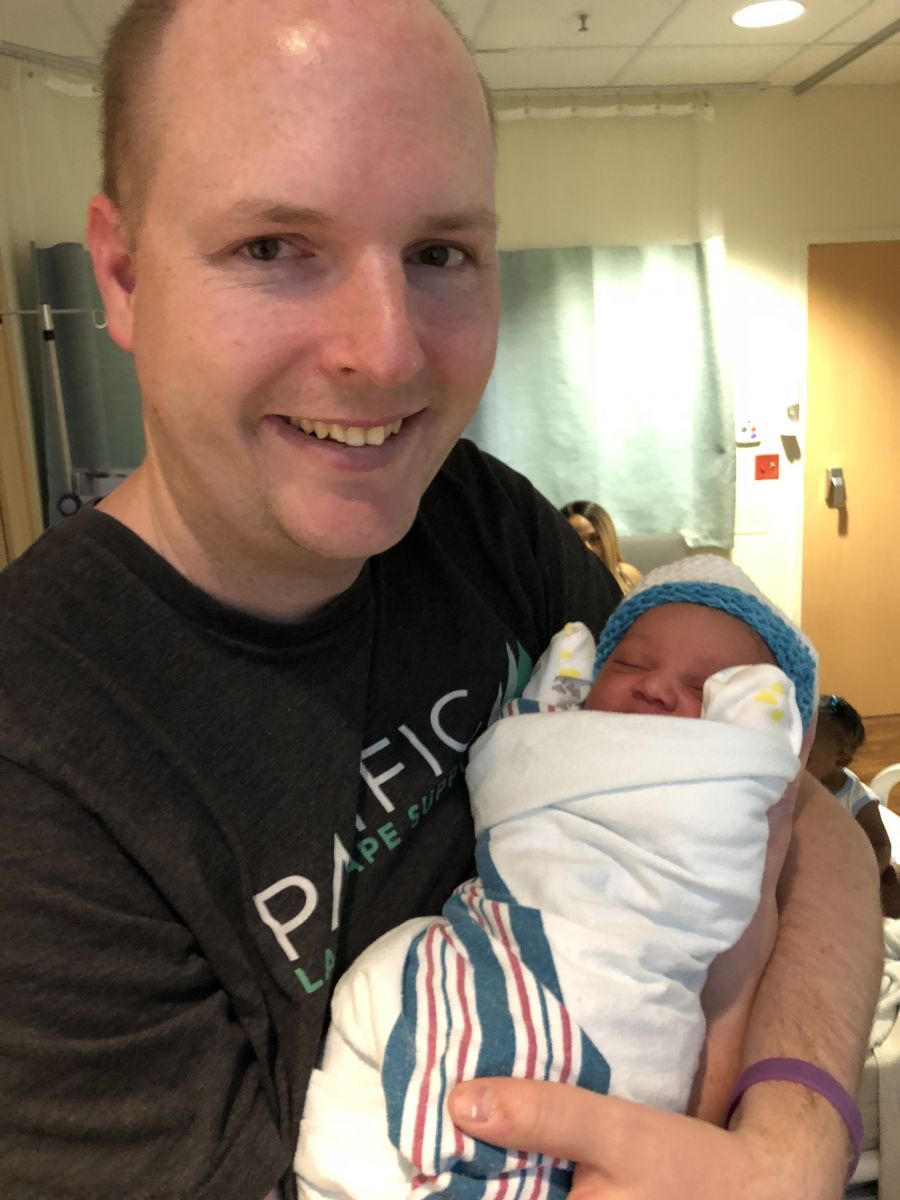 Jenna and AJ were chosen by a birth mother in Florida, and they were fortunate enough to share pre-placement contact with her. Jenna herself had never met her birth parents, so the opportunity to forge a relationship with their child’s birth mother was exciting.

“I was actually really nervous; AJ was a lot calmer, which isn’t always the way it goes,” Jenna laughs. “Part of my nervousness was the thought that, ‘Gosh, if this woman is going to bless us with her child, then we want to have a relationship with her, and what if this doesn’t go well, you know?’

“But, when we started talking during the conversation, it was just awesome.”

Despite the fact that the prospective birth mother lived across the country, she quickly invited Jenna and AJ to an ultrasound only a week after their first call. The couple dropped everything to be there and meet her in person. Any worries they had were alleviated quickly.

“We spent like 12 hours with her,” Jenna says. “The ultrasound was cool, but the best part was building a relationship with her and her daughter, so when we went back for the actual birth, it was that much easier.”

“We feel very fortunate that we just like hanging out with her; we just like talking to her,” AJ adds. “It just felt natural for the three of us — for everybody.”

When baby Bennett was born, Jenna and AJ automatically took over parenting responsibilities, but they also made sure to be there for his birth mother. They spent a great deal of their hospital stay in her room, which they found a completely natural thing to do. 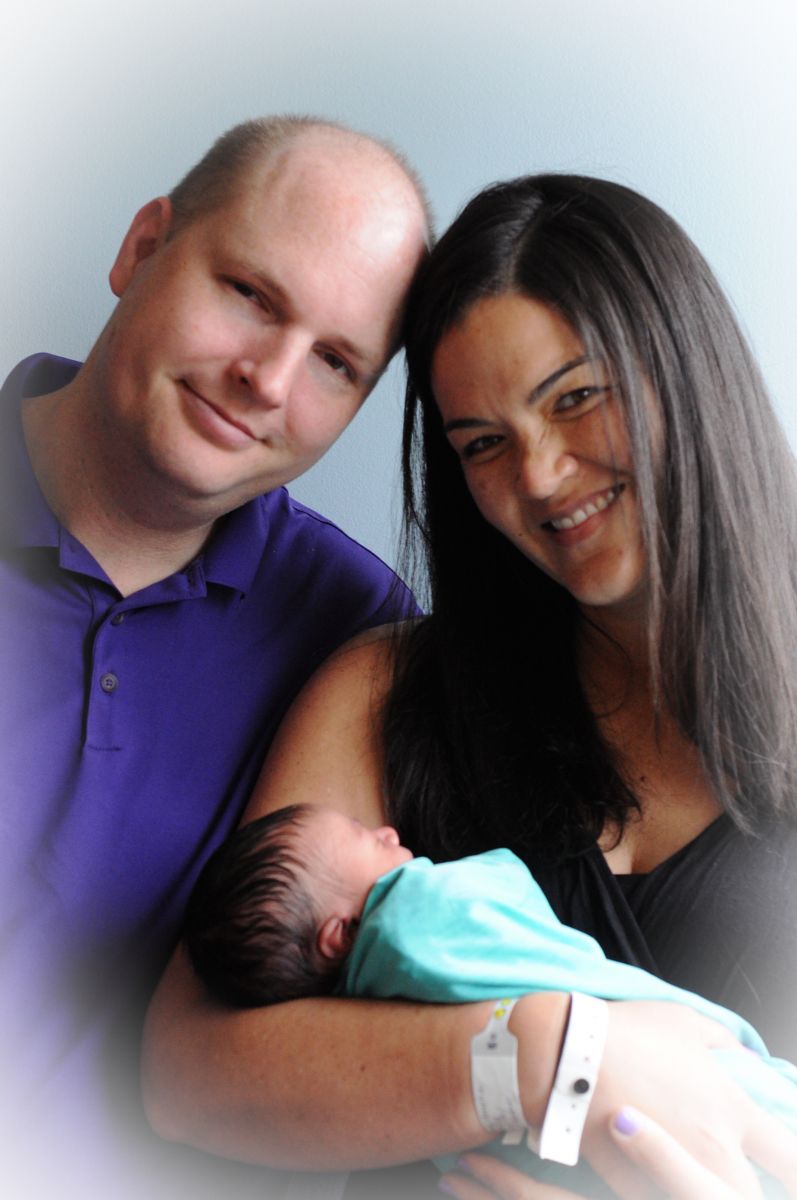 It was their time spent before and directly after birth that inspired a strong relationship that continues today. AJ says he will send a text and photo of little Bennett to his birth mother almost every other day, and the couple plans to visit Bennett’s birth mother yearly, in respect of her open adoption wishes. Indeed, their respect for her influences every part of their adoption story.

“A lot of people assume that Bennett would have been raised in a bad situation, but you know, that’s totally not the case,” Jenna says. “We saw his mother with her daughter, and she was an amazing mom and just a great parent. He may have more opportunities with us, but he is still loved by them and, if he had been raised by them, he would have been loved by them and cared for by them.”

Jenna and AJ have embraced their new roles as parents, which Jenna says also comes with a responsibility to be adoption ambassadors. They take educating others about adoption to heart, even when they receive well-meaning-but-insensitive comments. It’s all a part of being passionate about their adoption journey and honoring the choice Bennett’s birth mother made — a path they believe was truly meant to be.

“It’s one of the greatest gifts anybody has given me — to choose me to be a father,” AJ says. “I don’t think we could ever repay her enough… It’s the coolest, most unselfish gift anybody can give you.”