When Linda and Craig got married in their early 40s, they knew that their age combined with Linda’s Type 1 diabetes meant they ought not expect or try to have biological children.

“We knew that we wanted a child,” Linda says. “It was just that we knew we were going to have to go about it in a different way.”

They spread the word about their desire to adopt by sending a letter to everyone they knew, and it fell into the hands of a young woman who was expecting. Her parents were already raising her first child, and raising another was not an option.

The match felt perfect and seemed to be going smoothly, Linda remembered, but as the couple drove to the hospital for the delivery of the baby they hoped would be theirs, they received a call that the young woman had changed her mind. The timing of the holiday season made the news even harder to take.

“To this day, I don’t know how Craig kept the car on the road,” Linda says of the devastating news. 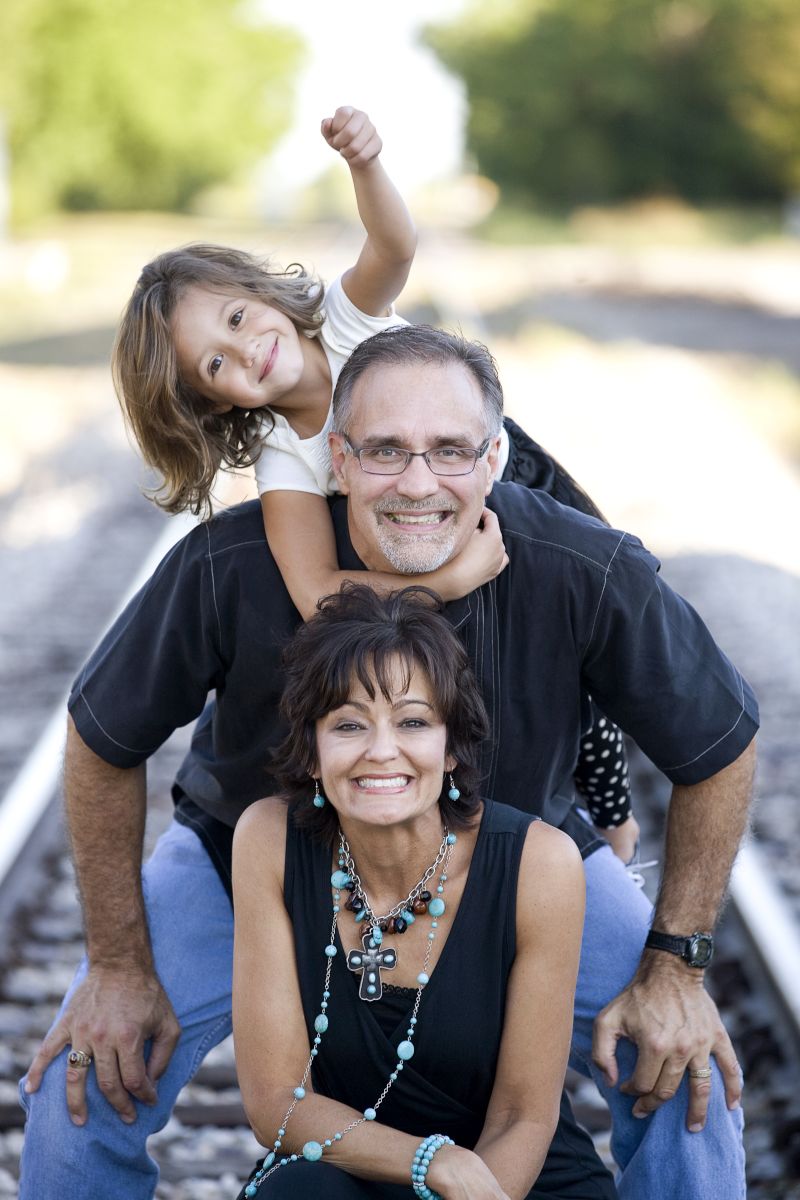 Linda and Craig were frustrated when some of the big agencies in the Dallas/Ft. Worth area where they lived told them that they might not be selected by birth mothers because of their age. Meanwhile, Linda, when looking online, stumbled upon American Adoptions.

The couple began the adoption process in January of 2006 and went active in April. They got a match call on May 23 for a birth mother with a due date of the day before.

“Needless to say, it was a short window,” Linda says. “The one caveat was that the birth mother wanted to take the baby home with her for a few days.”

But with the support and confidence of birth parent specialist Cara, Craig and Linda agreed to the arrangement.  On the May 30, they received the call that the birth mom Sarah had given birth to a healthy baby girl the day before.

At the time, Sarah was living with her stepbrother and his family. A couple days into Craig and Linda’s 10-day waiting period, Sarah asked that they come a day sooner. Her stepbrother had left for the weekend, leaving her alone with the new baby. Though they never  so, Linda wonders if the stepbrother and his wife wanted to help Sarah, quite young at the time, imagine what it would be like to care for an infant on her own.

So, Craig and Linda flew to Indiana to meet their daughter. When they arrived at Sarah’s stepbrother’s home, they immediately were taken with Ellie and her birth mother.

Craig and Linda remember how tender Sarah was with the infant, calling her “baby girl” and cooing over her. The couple named their daughter Elizabeth — nicknamed Ellie — and were excited to learn that Sarah’s middle name was also Elizabeth.

“It was very surreal, in the sense that you’re just walking out of this home with this precious gift,” Linda says of their brief time with Sarah.

A New Chapter for a New Family

Fast-forward nearly six years, and Linda and Craig have moved past car seats to first performances, sports teams and even crushes. Their “little chatterbox” was the turkey in the school Thanksgiving performance and is planning a Paris-inspired fashion birthday party this year. Linda finds great delight in creating the invitations, all the décor, party favors and more.

Ellie shares her dessert with her dad, goes antiquing with her mom and even saved her money to buy an old-fashioned typewriter. She loves cooking with Mom and swimming and rock climbing with Dad.

“What’s the one thing that Daddy has told you about a woman?” Craig will say.

“It’s a woman’s prerogative to change her mind,” Ellie says back.

And what does Ellie want to be when she grows up? A teacher, a scientist, a teaching scientist. A rockstar, a missionary, so as Craig puts it, “a worship leader.” Who knows right now, but Ellie is loving school, and her parents are grateful for that.

“We often question ourselves if every parent is as enamored by their child as we are. I don’t know if it’s because we’re older,” Craig says. “But I do know this. I am now 52. I understand the passage of time, far better than I did 25 to 30 years ago. There’s hardly a day that goes by that I don’t value the time I spend with Ellie.” 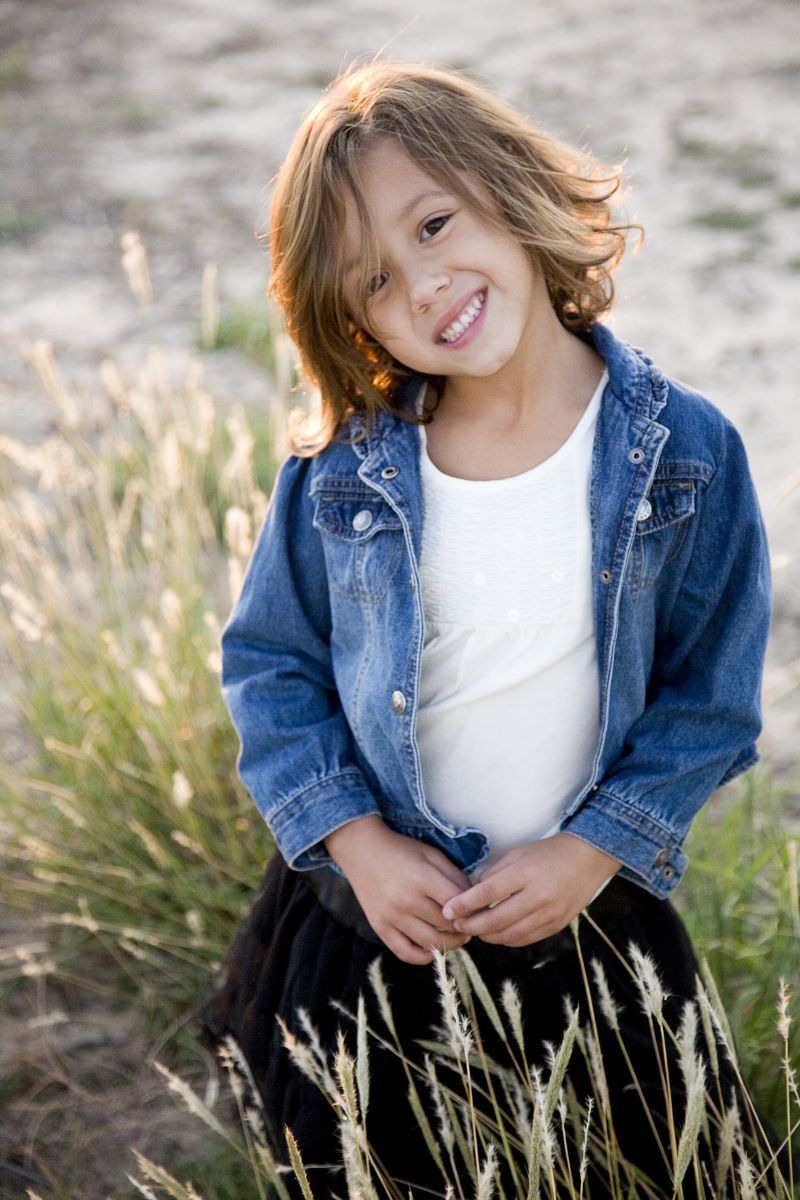 Craig says it’s been challenging at times to talk to Ellie about adoption, but books like “I Wished for You” have helped.

“She became comfortable with the language probably three years ago,” Craig says. “But she hasn’t asked a whole lot of questions yet.”

Linda says they’ve taken opportunities to talk about it as they’ve arisen, as well.

“We had some friends adopt a little boy from China and another couple who adopted a sweet girl from Russia. We also have a family in our church who adopted two of their five children. We make a big deal about it and how special it is. It gives us that segue into talking to her about her adoption.”

For Ellie’s first birthday, Sarah sent her an enormous stuffed bear that her grandmother had given her when she was a little girl. Recently, Ellie asked who it was from.

“It’s from your birth mother,” Linda told her.

Ellie asked, “Well, where did she get it?”

“She’s trying to connect the dots,” Linda said. “And she’ll proudly tell you she’s adopted and that it makes it special.”

The couple has become sensitive to how others perceive and talk about adoption, too.

“I think I’ve become cognizant, probably in the last two years, that I don’t want Ellie to feel like she’s labeled as being different,” Linda says. “And I’ve said, unless it comes up in conversation, I don’t know that people need to know. I think it’s a tremendous blessing, but I just don’t want her to have a stigma that she’s somehow different than other children. However, when it comes up in conversation, we’re more than happy to share.”

“Friends in small group sometimes joke about their son and say that they have teased him that he’s adopted. Now, it just makes my world completely different,” Craig says about his sensitivity to those things now.

The couple says that the hardest thing for them has been slowed contact with Sarah over the years. Sarah has since gotten married and had a son. The couple understands that she may be at a point in her life where contact is difficult to maintain, but they know Ellie will begin to ask more questions sometime soon.

Both Craig and Linda say they’ve imagined a reunion one day. Craig hopes it’s when she’s a teenager and can really process everything, but says, “I’d love to be around.”

“I have visions of Sarah being at Ellie’s wedding — experiencing that joy with us,” Linda says. “If it hadn’t been for Sarah, we wouldn’t be having that celebration.”

In the meantime, they continue to send pictures and letters.