When Cathy and Ray got the news they were chosen by a prospective birth family, Cathy vividly remembers waiting for the other shoe to drop — the catch to what seemed like a perfect adoption situation. 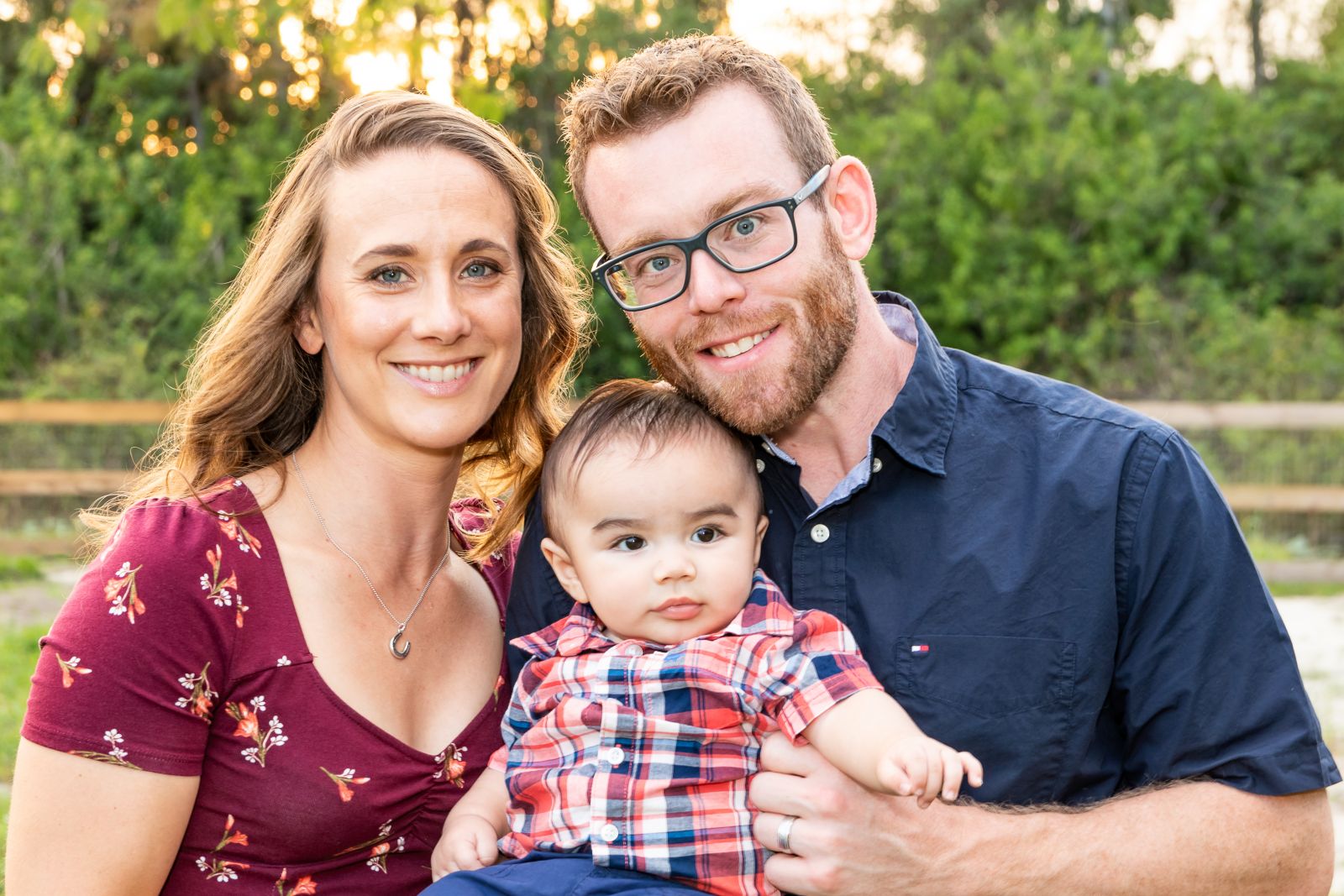 Like many adoptive parents, they were worried about the potential “what-ifs”: complicated birth father situations, drug exposure, and relationships with the birth family. They were nervous that their first time being parents might be more complex than they imagined — as if choosing adoption after a few rounds of in vitro wasn’t already less than simple.

So, when Cathy found out that a local birth mother and birth father were choosing adoption together, wishing to have an open adoption, and had a healthy background, it seemed too good to be true.

“You go into it thinking that you’re going to have this complicated situation that will cause you heartbreak,” Cathy says. “I’m just glad that we didn’t let our fear of hardship get in the way of doing it, because we ended up having the easiest, best adoption you could ask for.”

Like many couples, Cathy and Ray had attempted multiple rounds of infertility treatments prior to choosing adoption. But, when they reached a crossroads in their treatment plan, they decided to look at all of their adoption options. They soon found that adoption was nothing like they had imagined. 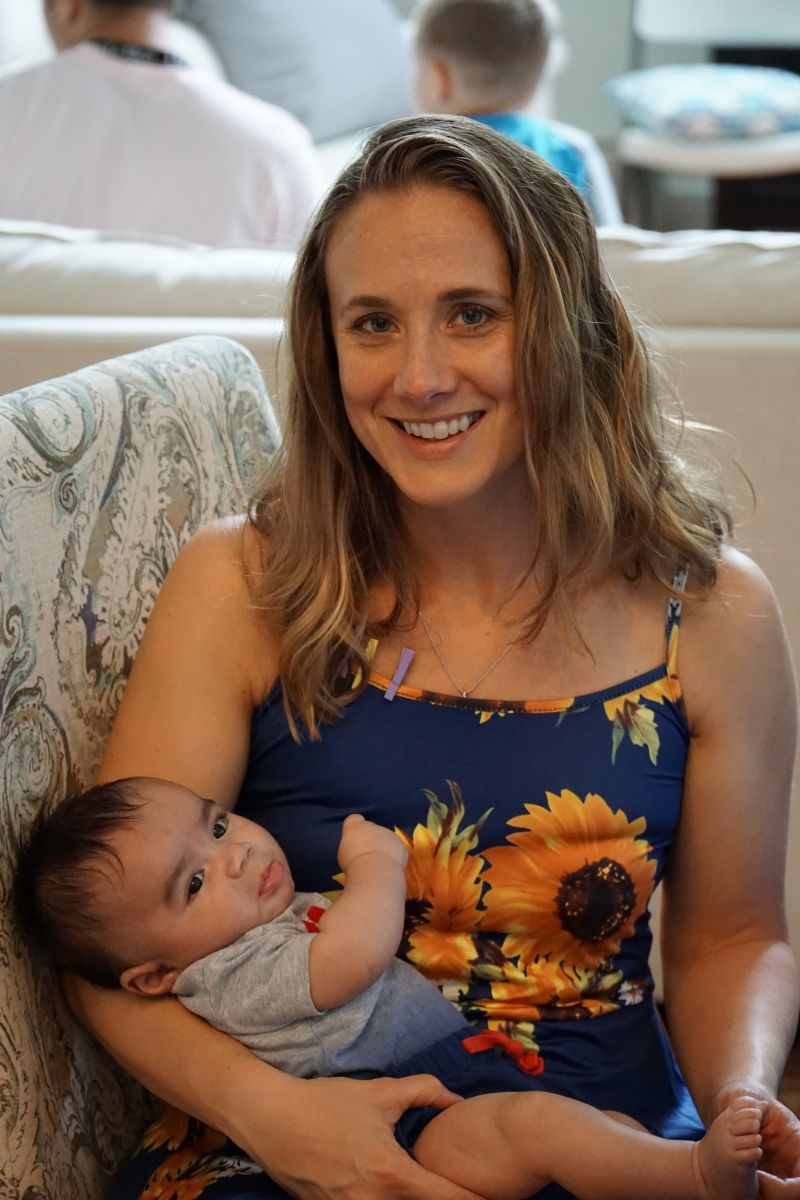 “Like a lot of things when we started, we just made assumptions but, in doing it, we kind of realized that our assumptions were kind of off,” Cathy says. “Like, international adoption — I thought, ‘Okay, we need to get a baby from China,’ but, nope, I learned babies don’t come from China anymore. You think that open adoption — that doesn’t happen or it only happens in kinship adoptions. A lot of our assumptions are dated and misinformed.”

After debating between different kinds of adoption, Cathy and Ray settled on private domestic infant adoption because they wanted their first experience as parents to include every part of that unique journey. Cathy says she did extensive research to select an agency but choosing American Adoptions was a no-brainer for a few reasons.

“We chose American in large part because of the insurance policy, and then, secondarily, the number of placements,” Cathy remembers. “We were looking at agencies that were smaller and closer to us… but the fact that we could get a placement potentially between three and nine months — and it ended up being less than that — those were definitely motivating factors.”

Their waiting period may have been shorter than they imagined, but that’s not to say that their time spent preparing for it was easy. While Cathy says the easiest part of the process was creating their family profile, when it came to filling out their Adoption Planning Questionnaire, the couple had to think hard about what they were open to in a potential adoption situation. They spoke at length to their adoption specialist and did extensive research before settling on preferences they were comfortable with but wouldn’t impact their wait time too much.

When it came down to it, the worry was for naught. They were informed about a match opportunity just a few weeks after going active. 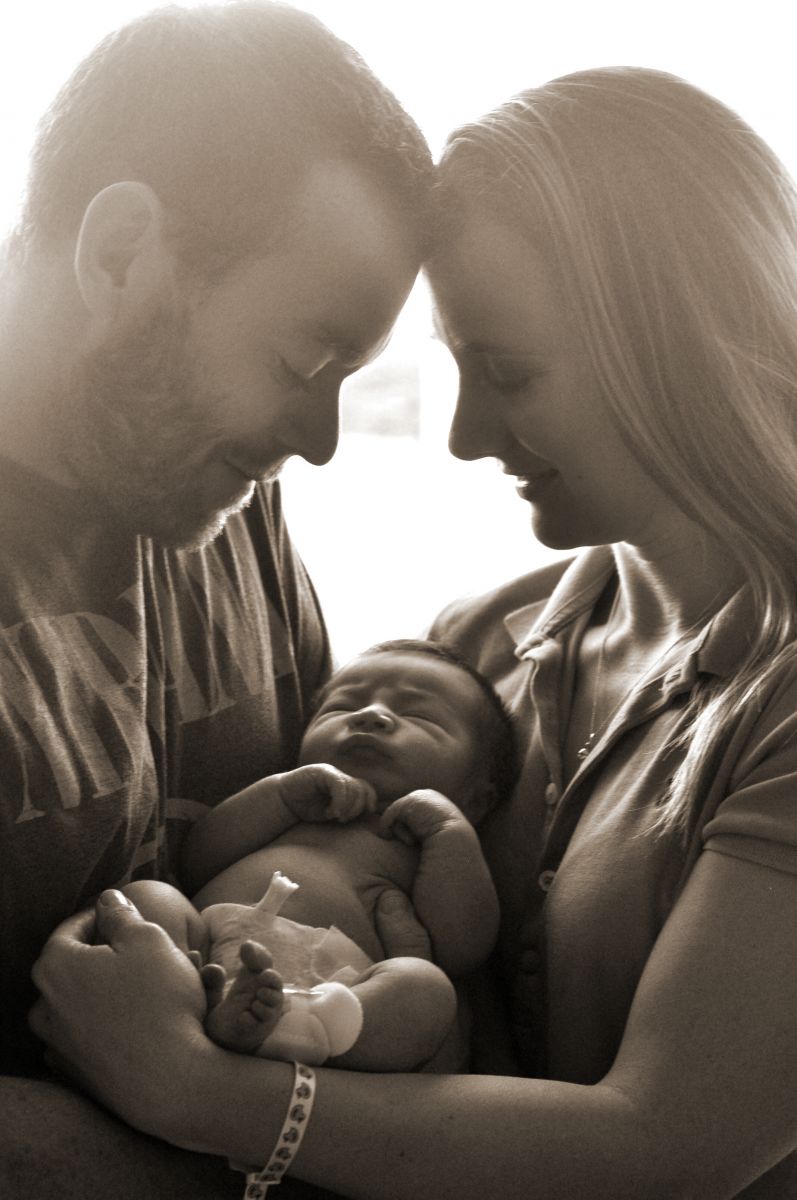 After receiving “the call,” Cathy and Ray were excited and nervous about the opportunity to get to know the prospective birth parents. A young couple who were pregnant with their first child, the birth parents lived in the same state as Cathy and Ray — and were excited to form an open adoption relationship with their child’s potential parents. Cathy describes their first call as similar to a blind date — but, again, they would find the nerves were unfounded.

“We hit it off right away,” Cathy remembers. “Every time I talk to them, I like them even more. When we went to meet them, we ended up going to a Dave & Buster’s, so it was a good, interactive fun thing to do. My husband and I are both in our late thirties, and they’re in their late teens, so it was like, ‘What do I have in common with someone who is basically a generation younger than me?’

“We had similar senses of humor… and I genuinely feel like we would be friends if it weren’t for the adoption,” she says.

The proximity between the two families did more than impact their open adoption relationship; it made the logistics of the adoption even easier, especially when it came time for the birth mother to deliver. Cathy and Ray were able to be at the hospital when their son was born and share in those special moments with the birth parents. Cathy says she recognizes how rare and amazing it was to share the moment with the baby’s birth father, too.

“One nurse, on the way out, said, ‘I’ve been doing this for 15 years, and I’ve never seen a situation like this. I’ve seen adoption every once in a while, but I’ve never seen where everyone genuinely cares about the baby — where there’s that much love in the room,’” Cathy remembers.

Saying “goodbye,” as temporary as it would be with their open adoption, was still an emotional rollercoaster — one which Cathy says she’s not sure she could have ever fully prepared for. 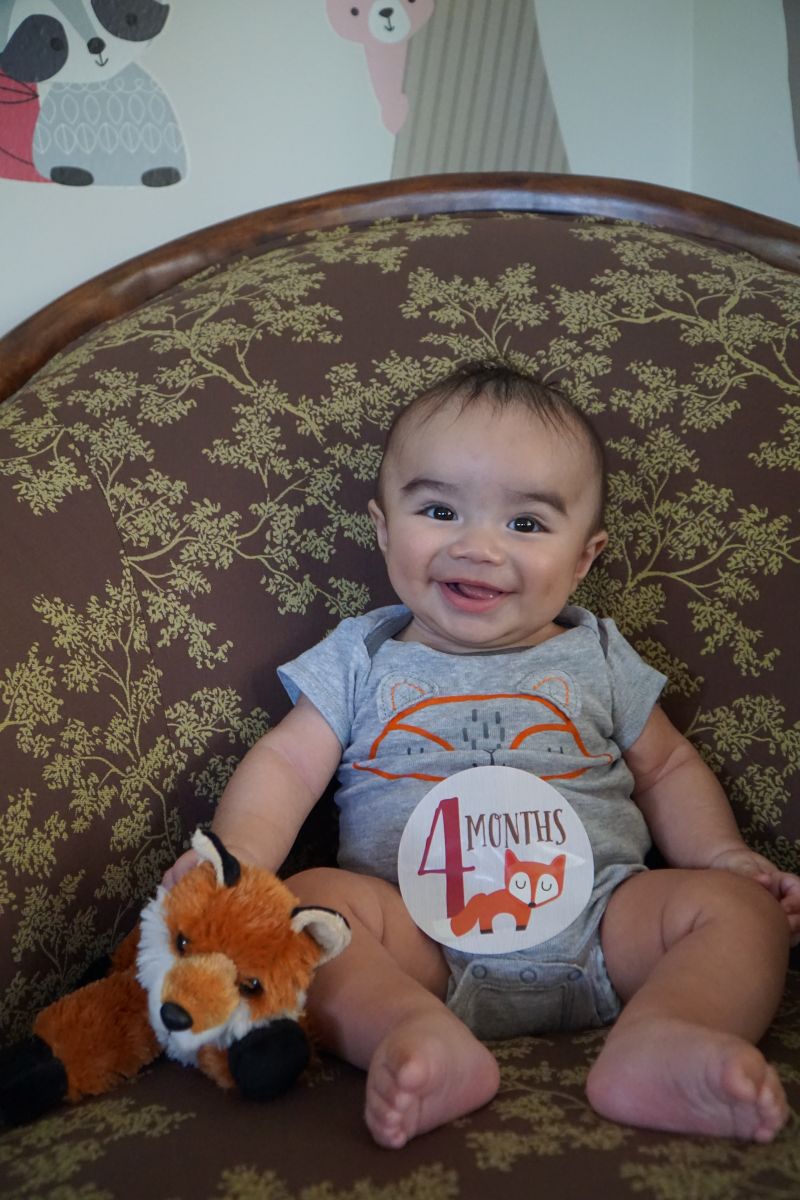 “[It’s more] emotionally exhausting than I could have imagined,” she remembers. “You’re overjoyed, but you can’t be happy because they’re sad, and you’re also sad for them, so you feel bad — I’ve never felt so wonderful and so awful at the same time.”

“We get a lot of weird looks from people when we say it’s an open adoption, and that we’re close to the birth parents,” she says. “People are like, ‘What are you doing? Is that okay? Is that normal?’ Yeah, why wouldn’t it be?

“An open adoption isn’t necessarily a back door for the birth parents to come back and take their baby; it’s just more people to love your kid, that’s kind of how I see it. Don’t be afraid of open; it can be awesome.”

Looking back now, Cathy knows that she and her husband were spoiled with their first adoption experience — but they certainly wouldn’t have it any other way.

“It’s like the movie ‘Juno,’ which, incidentally, I named my horse after that movie — so, you know, it was just something that was meant to be,” she laughs.