When the Independent Adoption Center (IAC) went bankrupt in January of 2017, hundreds of waiting adoptive parents were left out in the cold. Adam and Joe were two of them.

After thinking about adoption as early as 2015, the couple went active with IAC a year later in 2016. But, when the agency closed unexpectedly, they were out a great sum of money — and back to square one with their adoption process. Choosing if and how to move forward with their journey was a big decision. 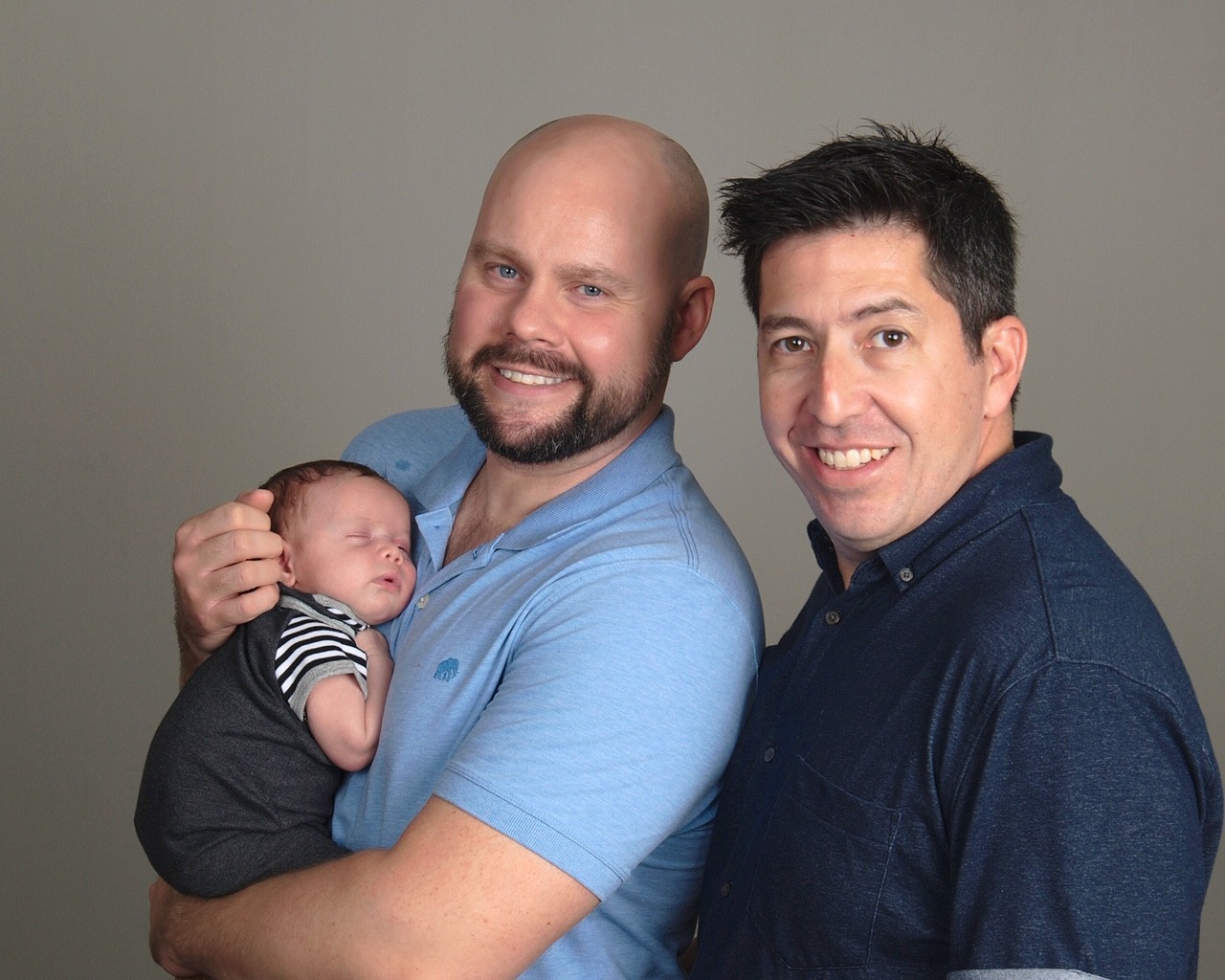 “We spent a good part of 2017 trying to figure out what to do next,” says Adam. “Obviously, it was pretty disheartening.”

“But it didn’t take us that long for us to get back on the road and get back in the swing of things,” Joe adds, “making sure we did our due diligence in moving forward.”

Before long, they found themselves looking into American Adoptions. The support they received during the initial process was surprising to them; they never got that from their previous agency. While working with IAC, Joe and Adam were fielding conversations with prospective birth mothers themselves, whether or not they matched their adoption preferences. American Adoptions, on the other hand, screened and connected prospective birth mothers to their waiting families with much more care.

After talking to another same-sex couple who had adopted through American Adoptions, Joe and Adam made the decision. They went live with American Adoptions in early 2018 — but would still have a long journey ahead of them before finding their perfect opportunity.

Joe and Adam were made aware of their first adoption opportunity less than a month after going active. After connecting with the couple and sharing a bit of contact, the prospective birth mother disappeared — leaving Joe and Adam in limbo and disappointed, once again.

After their first disruption, Joe and Adam were presented with a few adoption opportunities outside of their APQ. Their specialist asked: Were they interested? 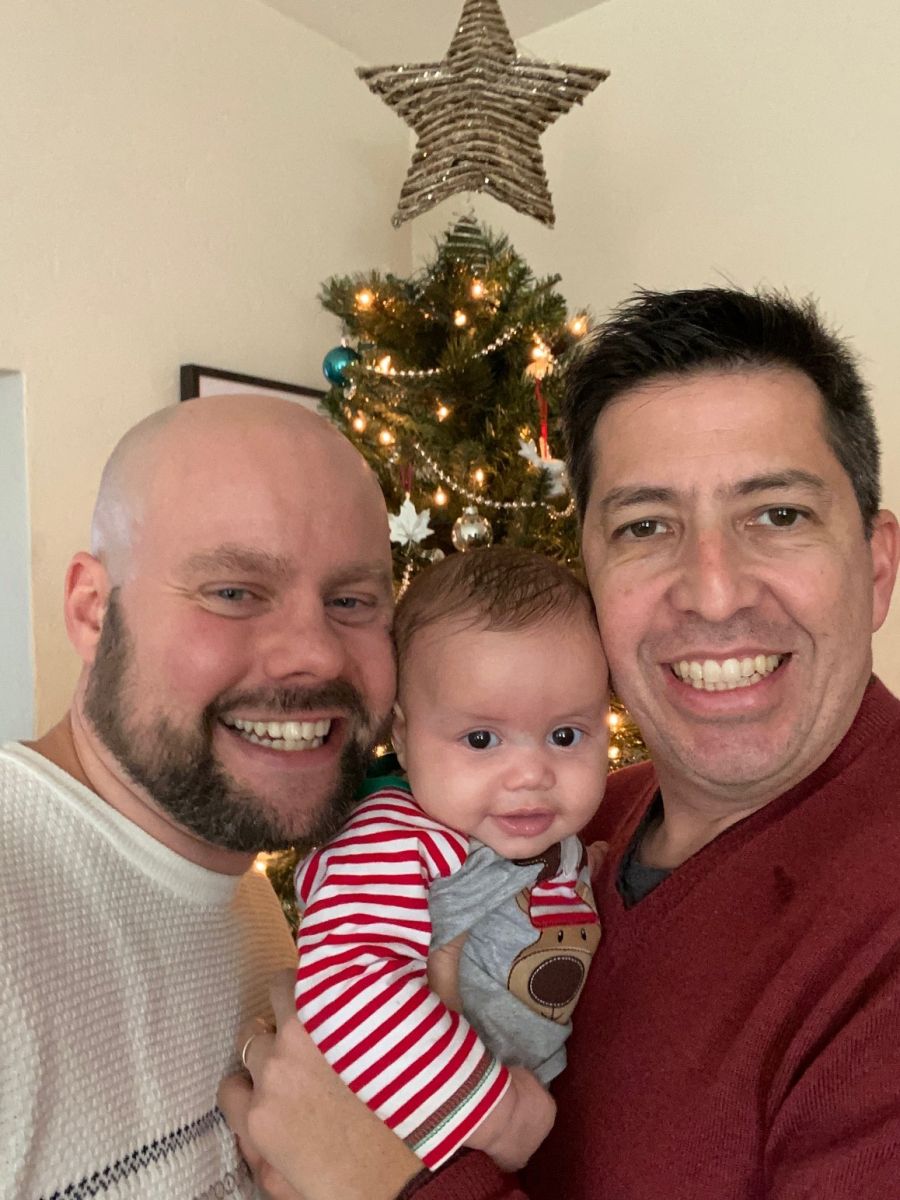 “Those were difficult decisions that we agonized over,” Adam recalls. “I think the support that we got from Melanie, our adoptive family specialist, was really good. She would remind us, ‘You made those preferences in your APQ for a reason.’”

“We had to reflect and not be too eager to take on something that perhaps we weren’t comfortable with,” Joe adds.

“You’ve already started to pack and you’ve committed to something, and you just have to, again, reflect on what you initially identified as things you were comfortable with and that you thought there was some potential with moving forward,” Joe says. “As difficult as it was, we decided it was in our best interest to move on.”

Deciding to stay within an APQ can be difficult when an adoption opportunity is presented directly to you. Adam says the preparation they received from their specialist before going active played a key role in these situations.

“It can be frustrating for many people — it was for us — that in the beginning you have to do so much preparation and training and read through these different things and talk about what your preferences are, but in hindsight that was helpful,” he says. “We had a framework with which to make decisions later on.”

An Unexpected Wait — and Another Phone Call

After turning down the last situation around Christmastime, Joe and Adam waited for several months before hearing anything more. Because their last two opportunities had come one right after another, they began to second-guess themselves as their wait stretched longer and longer.

“Did we do the right thing? When is this going to happen?” Joe remembers them asking each other.

The whole time, their adoption specialist reassured them that the right opportunity would come along. At the same time, Joe and Adam took advantage of the longer wait to process the disruption they had just gone through. They continued to do what they loved best — travel — and refused to put their lives on hold, even though they were ready any moment for another call. 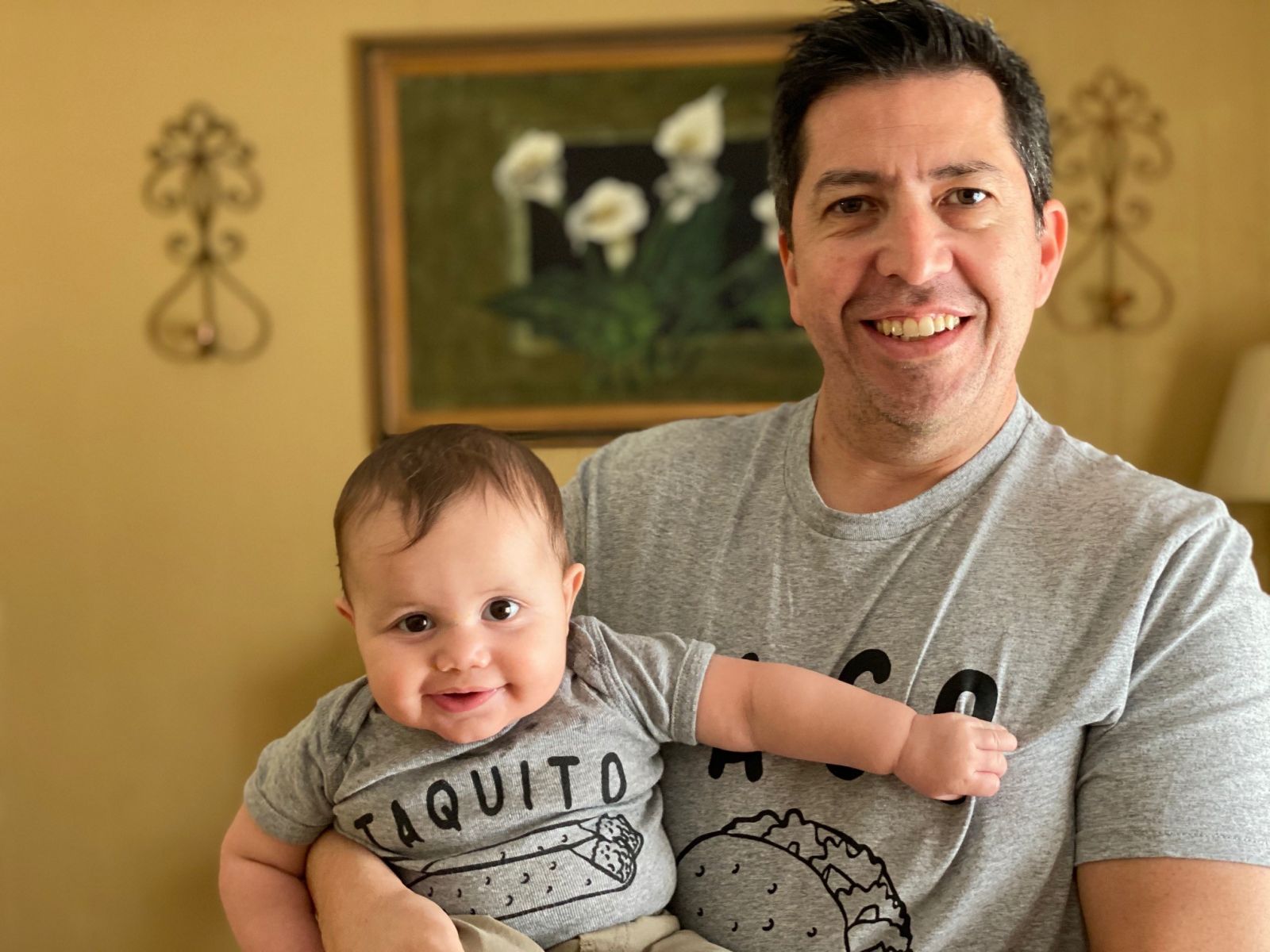 One difficult aspect of the wait? Responding to questions and comments from well-meaning family members and friends.

“Having to talk about was what happening was difficult,” Adam remembers. “Practice the phrase, ‘All quiet on the Western Front right now, and we’ll let you know when something happens’… You have to have those discussions, so it’s about knowing what to say.”

In May, the couple got the call they’d been waiting for. This prospective birth mother matched their APQ perfectly, she lived within the same state, and she shared their same adoption goals and preferences. Could it be too good to be true?

“It was definitely difficult, and we definitely had some anxiety about moving forward,” Adam says. “That message that we got was, ‘You have to stick it out and the right opportunity will come along. It will probably take longer than you want it to, but you make it happen.’”

So, they said yes — hoping that it all would indeed work out.

The prospective birth mother was due in August, which allowed Joe and Adam the opportunity for pre-placement contact. After an initial conference call, they settled into frequent email communication with her, making plans to meet her the night before her induction. 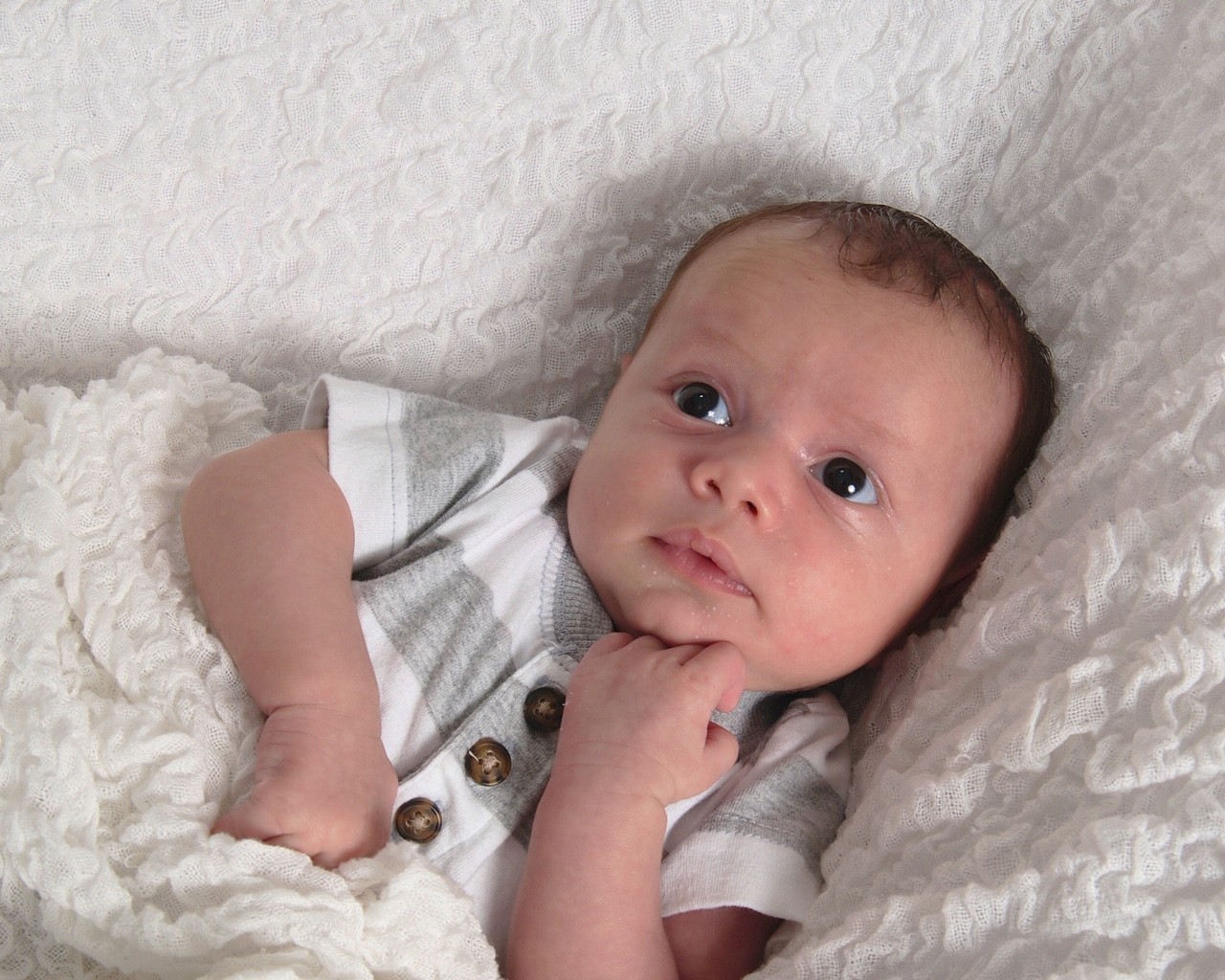 “We were fortunate that we had a good connection with the prospective birth mom in our situation,” Joe says. “It turned out to be a very comfortable relationship.”

The day after Joe and Adam met the prospective birth mother, their son Declan was born. His birth mother took one day to herself with her son before placing him into his fathers’ arms and giving him the life she wanted him to have.

“Her decision means everything,” Adam says. “In the hospital, when she said her goodbyes and we went to a different room, that was heartbreaking. She was confident and had made the decision — just incredibly selfless is the way to describe it.”

“As we’ve talked to friends and other (birth) moms who have gone through this, we realize… just how much she had to put herself through to get us to where we are today,” Joe adds. “That’s a part of it that we never experienced ourselves.”

Fortunately, the short distance and the open communication between the fathers and Declan’s birth mother means she didn’t have to say goodbye forever. While Joe and Adam are following the birth mom’s lead as to how much contact she wants, they are open to whatever contact she wants with him in the years to come.

And, in the meantime? Joe and Adam are loving their new lives with their son. Parenting is a new adventure for them, and they’re getting to know Declan more and more as he gets older and his personality continues to develop. Initially worried about the lack of sleep and other adjustments parenting would require, the two realize it’s more than worth all the heartache and surprises they had to endure.

“Because of the joy of having a child in your life, you look past all the inconveniences,” Joe says.