Adopting during a global pandemic is hard enough. Adding three disruptions on top of it would be enough to make anyone give up.

But not Paul and Mike. When they first started dating, they knew adoption would be the way they would build their family. Both grew up with adopted family members and, though they had the normal fears any new adoptive parents have, they were excited to begin their adoption journey in March of 2019. 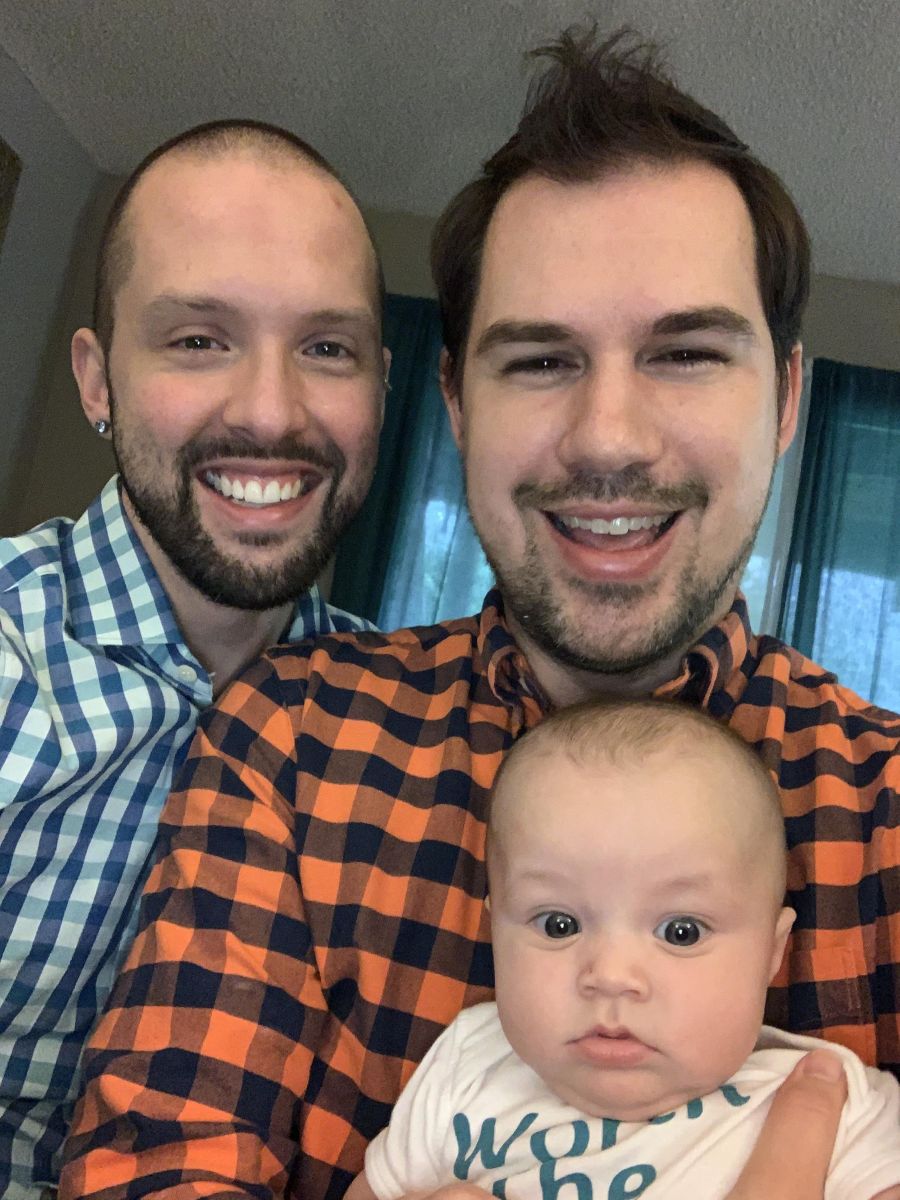 However, like many adoptive parents this year, they could have never anticipated the path they would take to their son Quinn.

Although Mike and Paul went active with American Adoptions in March of 2019, it would be six months before any opportunities came their way. And, as the time ticked by, the fears they had going into the process naturally came to the forefront.

“For me, there was a lot of fear of not being good enough,” Paul remembers. “It’s hard to not compare yourself to other people out there and have it not feel like a competition. Am I worthy of being chosen by someone? Is my profile interesting enough? Is what I do interesting enough?”

But, when they received an opportunity call in October, those fears dissipated. A prospective birth mother who was due in February had chosen them, and they quickly shared their exciting news with their friends and family members. As her contact with them waned, however, Mike and Paul read into every small detail, searching her social media profiles against the advice of their adoption specialist. And, when their opportunity disrupted in February, they understood why they had been warned not to become “internet detectives.”

“Trust in your birth parent specialists to vet the prospective birth mother throughout the process. They have your best interest at heart and will be looking out for all those warning signs,” Paul recommends. “You don’t have to do it yourself; let the professionals do it. You’ll drive yourself crazy otherwise.”

As they went back on the agency’s active list, COVID-19 started to pick up across the United States. So, when they received a last-minute opportunity in Florida, they had to make a choice: Drive the 24 hours from Minnesota, or take a flight and risk being barred from the hospital for fear of virus exposure to the baby. Taking extra precautions, Mike and Paul drove their way to Florida, where they stayed with Paul’s family during their wait.

Eager for another opportunity, they said yes. But, as helpful as staying with family was, Mike and Paul found themselves juggling the unique disadvantages of doing so, too. 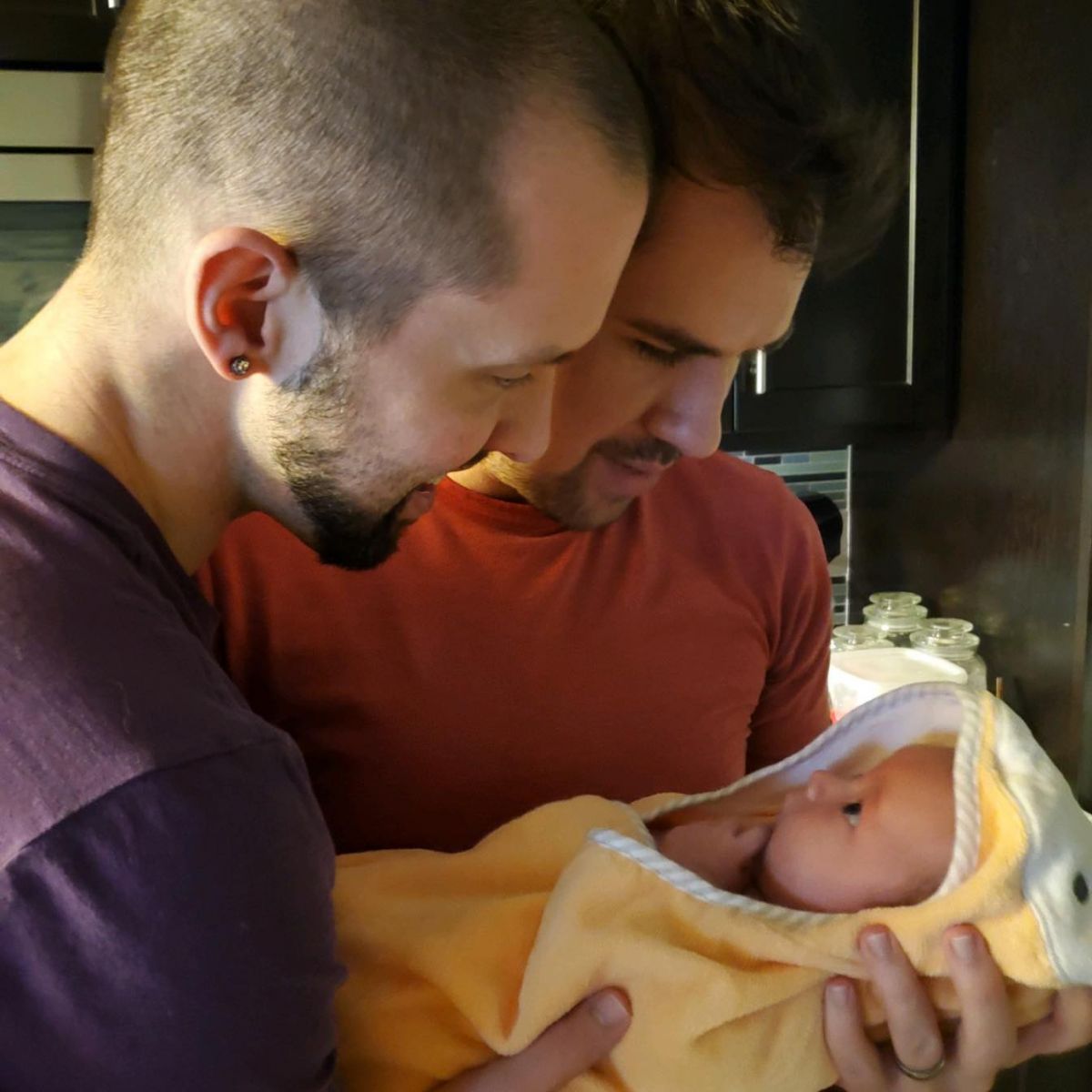 “Our family was so excited and our community was so excited for us that they were rallying around us,” Paul remembers. “But we quickly learned that the more people that knew [about an opportunity], the more people that you’re going to have to relive that hurt with by retelling the [disruption] situation over and over again… In each opportunity we had, our circle of people we told got smaller and smaller each time.”

When the third expectant mother decided to parent after birth, Mike and Paul drove home to Minnesota, heartbroken and emotionally exhausted — but still maintaining hope for the future.

“Because we’ve gone through multiple disruptions, each one was harder than the last,” Mike says. “But we still found a way to bounce back and be hopeful and optimistic. It really taught us that we can be chosen. We are likeable; we will be picked. It’s just about the right match, the right time.”

Almost exactly two weeks later, Mike and Paul were surprised to receive another call from their adoption specialist, Melanie. Another Florida adoption opportunity had arisen, but it was far outside their Adoption Planning Questionnaire preferences. Eager to be shown to another expectant mother but worried about the measurable unknowns, they were torn. 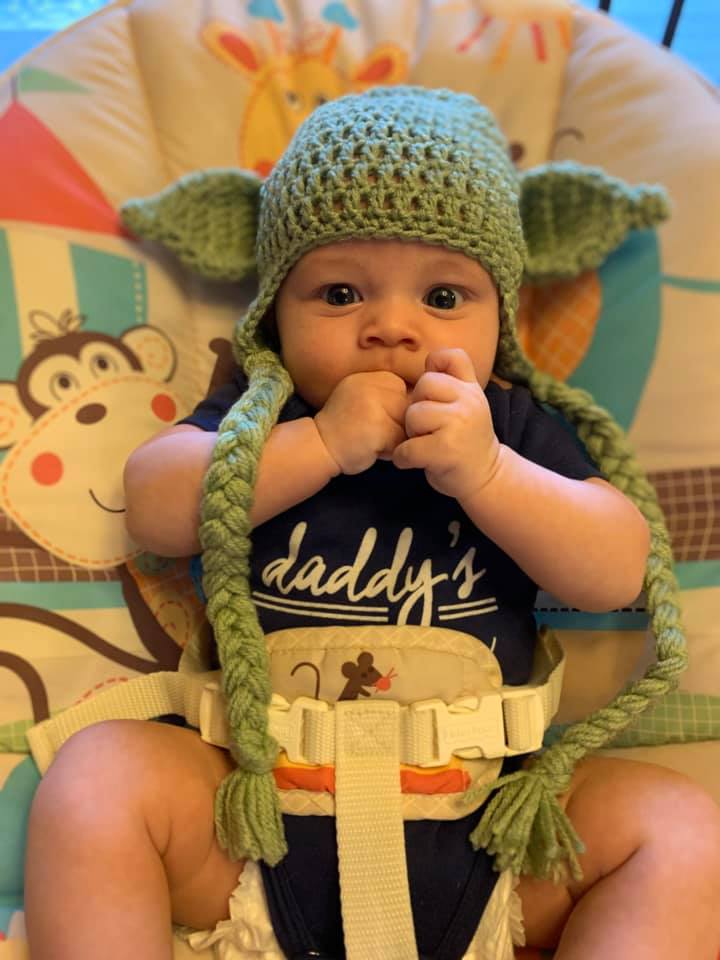 “We went around and around with it, discussing every option,” Paul remembers. “Ultimately at the end of the day, what ended up settling us was, ‘This child is going to be born in two days, and somebody needs to love them. Why not us?’”

“We realized he needed us, plain and simple,” Mike adds. “If we weren’t fully prepared for something, we would get prepared… We would do whatever we needed to do to give any child the best life that we could provide them.”

So, the couple hopped on a plane and headed once again back to the Sunshine State. They kept the news to themselves, simply asking Paul’s father to pick them up from the airport. Until the paperwork was signed, the adoption would be their secret.

When their son Quinn was born, his hospital had strict rules: only one visitor per patient. For Mike and Paul, that meant their son’s prolonged NICU stay would take a coordinated teamwork effort to keep him from being alone. Paul remembers plenty of moments when they were effectively “ships in the night,” passing each other quietly in the hospital corridor as they swapped shifts.

For those in similar situations, Mike has some key words of advice:

Changing Expectations – And a Hopeful Future

A 24-hour drive home with a newborn was just the start to Mike and Paul’s adjusted post-adoption future. Although American Adoptions requires all adoptive parents to be open to post-placement contact, Quinn’s birth mother had requested a closed adoption. Before receiving an opportunity, Mike and Paul had educated themselves and their families about the beauty and benefits of open adoption. Now, they are preparing for how to explain their son’s closed adoption story to him with positivity and grace. 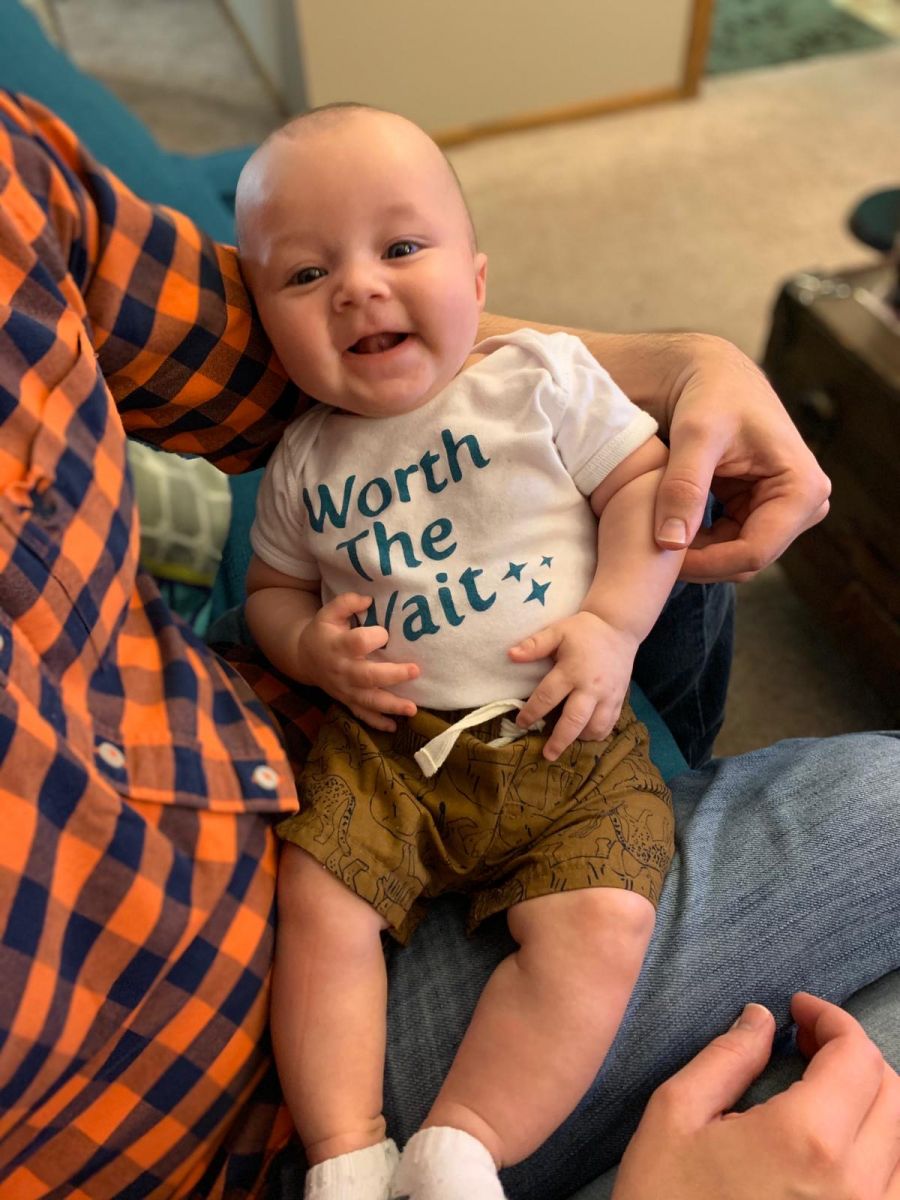 In the meantime, they’re keeping that door open for Quinn’s birth mother.

“We’ll absolutely keep up with our pictures and letters and do them from a positive, happy place of love, so that she knows she’s not judged,” Paul says. “We’re planning on also including in the letters, ‘Should your needs ever change, just let us know; we’d be happy to talk about engaging,’ so she knows that it’s not a closed window, it’s open.”

Their last words of advice for any other adoptive parents? To lean on your American Adoptions team.

“When looking at all of our adoption agency options out there, one thing that we didn’t really take into account when it came to cost structure or anything like that was the level of engagement from the agency,” Paul says. “Our adoptive parent specialist Melanie — the level of engagement and passion and kindness and efficacy that she provided was worth every drop of the agency fee that we paid for her alone.”