As the Kansas City Royals prepared for their first post-season game in nearly 30 years, Drew and Shandra made a mad dash from St. Louis to Kansas City.

For these St. Louis Cardinals fans, it wasn’t baseball that brought them to the city — it was the arrival of their son Jase.

After having their first child, Tyler, and struggling to expand their family, the couple turned to adoption. They joined American Adoptions, they completed all the necessary paperwork and they waited.

Then, on September 29, just one month to the day after their activation, they got a call saying there was a baby boy waiting for them. He had been born four days earlier on September 25, but his birth parents hadn’t made the decision to place the baby for adoption until that day, leaving Drew and Shandra little time to process. 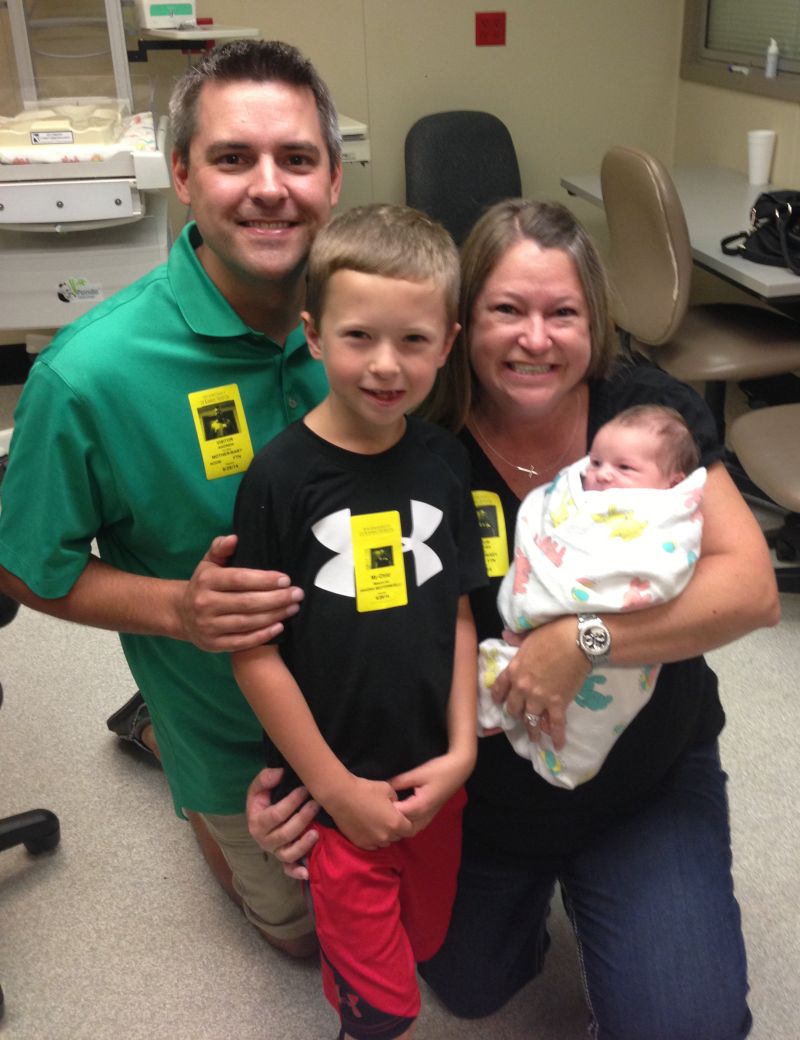 “We were speechless,” Shandra says.

They had to decide quickly if this was the right match for them, but it turns out the decision was easy to make.

In a whirlwind of excitement, they packed up their things and hopped in the car. The five-hour drive was full of emotion. Seven-year-old Tyler was bursting with excitement and helping Mom and Dad come up with names for the baby the whole way there. The family decided on the name Jase for their baby boy.

They arrived at the hospital around 9:30 that night and finally got to meet their son.

“The nurses brought him into a little private area, and he smiled the biggest smile,” Drew says.

It was as if that little baby boy knew he was in the arms of his forever family.

The next day, as baby Jase was discharged from the hospital, news crews were there celebrating the Royals' selection for the playoff Wild Card Game by giving each newborn their first piece of fan gear — a blue Kansas City hat. So, two avid Cardinals fans left the hospital with a Royals baby.

“We sent a picture of Jase in his Royals hat to our friends and family and they said, ‘What is he doing with that hat on? Get that off of him!’” Shandra says, laughing.

Later that day the family finally got to meet Jase’s birth parents. After talking for a while, they realized they had many things in common, especially their mutual love of baseball. Jase’s birth father had played baseball in college, and he and the birth mother were Royals fans.

Though the Royals and the Cardinals may hold a fierce rivalry, Drew and Shandra could not have been more perfectly matched with the birth parents. They spent hours getting to know each other and bonding over their similarities.

“We just talked and talked. Our connection was amazing,” Shandra says. 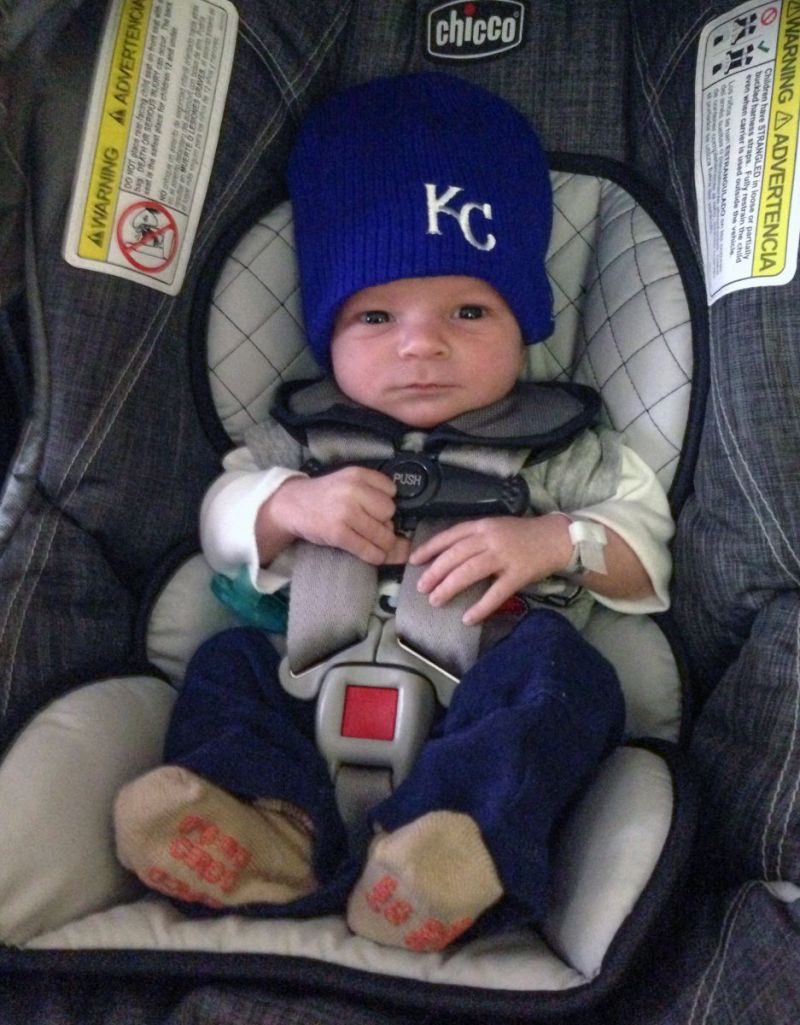 That night the Royals, or “the Boys in Blue,” as they are more affectionately known, beat the Oakland A’s to make it to the playoffs for the first time since 1985 when they won the World Series. Drew and Shandra saw it as a sign that this adoption was meant to be.

“This is the year of miracles, and the Royals are part of our little miracle with Jase,” Shandra says.

Now, as they settle in to life as a family of four, Shandra, Drew, Tyler and Jase are keeping a close eye on the 2014 MLB Playoffs. Though they would have liked to see the Cardinals win it all, there is a part of them that wants to see their rivals do well.

Now that the Cardinals are out of the playoffs, Drew says, “we will 100 percent be cheering for the Royals.”

Though Jase’s parents aren’t planning on changing their alliances, they agreed that the Boys in Blue would always hold a special place in their hearts and serve as a reminder of the greatest gift they’ve ever received — baby Jase.