It Takes a Village - Why One Adoptive Couple Turned to Crowdfunding 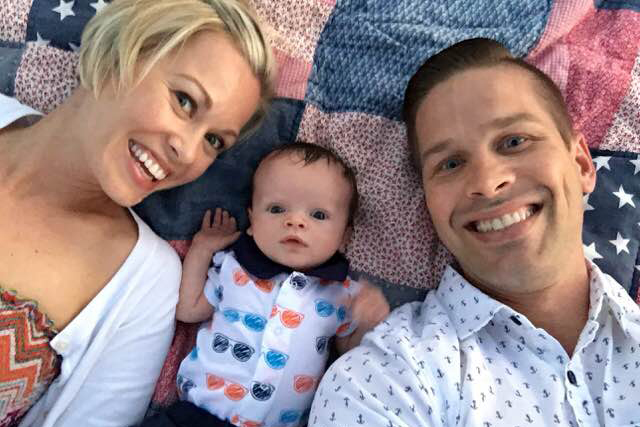 Tara and Jeremy had a secret.

Four years after getting married, the Florida couple was struggling to start a family. They had spent two years and thousands of dollars on fertility treatments, depleting their budget and borrowing money from their families — all while hiding their struggle with infertility.

By Valentine’s Day 2015, the couple was emotionally and financially drained. That’s when Tara says it finally hit her that fertility treatments weren’t going to work for them. They decided to abandon their hopes of becoming pregnant and turn their focus to a new plan: adoption.

“Even though we were excited and on board [with adoption], we had no idea how it was going to happen because we had no money,” Tara says. “So we decided to reach out and use social media and just see what would happen.”

Tara and Jeremy decided to start an adoption crowdfunding page. They contacted some friends who own a video production company to help them share their story for the first time, in the hopes that the video would inspire some donations. Once the video had been filmed and edited, the couple just needed to wait for the right time to share it publicly.

Tara, a drama teacher, and Jeremy, a restaurant manager, were at work when the video went live. The community immediately responded, with Tara’s phone “blowing up” before she even knew the video had been posted. Donations came pouring in from as far away as Australia, Sweden and Africa. The couple even received several large anonymous donations — some of them hundreds of dollars.

“They loved our story, and within hours, there were thousands of dollars raised on the GoFundMe page,” Tara says. “We were absolutely, 100 percent shocked.”

Within two months, Tara and Jeremy had raised enough money to go active with American Adoptions.

In addition to the $20,000 they ultimately raised on their GoFundMe page, Tara says the couple received about $7,000 in additional donations from members of the community. One morning at church, a woman Tara had never met before handed her a large, wrapped gift. Inside were cards, letters and checks from each person in the woman’s Sunday school class.

The resources donated weren’t limited to money. Tara says she considers the video production crew her original donors, who gave their time, equipment and expertise to the cause. Jeremy and Tara had a large network of people praying for them, which they count among some of their most helpful contributions. By sharing their story, the couple had garnered not only financial assistance but also spiritual and moral support.

“I think there’s something really special about family, and I think there’s something really special about becoming a family this way,” Tara says. “People really want to help couples realize this dream, and a lot of couples are really kind of quiet about why they adopt. I’m sure one of the number one reasons is infertility, and I think it helps if you’re just honest with people.”

Getting the Call — and a Little Extra Help

One Friday, five and a half months after going active, Tara was walking back to her office after eating lunch in the school’s staff lounge. Her hands were full when her phone rang.

“I noticed it was a Kansas number, and everybody tells you, ‘If they call, it’s a big deal,’” she says. “So I immediately started shaking.”

Tara dropped everything and sat down to answer the call. On the other end was her adoption specialist, asking if she could get Jeremy on a conference call. A prospective birth mother who had been considering them had given birth that morning — but the adoption opportunity was a little over Tara and Jeremy’s budget.

“Knowing that we don’t have any money, I said, ‘I think this is a yes, but I’m going to have to reach out to the community via social media and see,’” Tara says.

As soon as she hung up the phone, she made a public post on Facebook. By the time people were done donating, Tara and Jeremy raised another $5,000 and were able to accept the adoption opportunity.

Funding the Trip to Oregon

The couple had 24 hours to fly from Florida to Oregon, where their son was waiting for them — and the community stepped in once again to make it possible.

Tara’s parents donated airline miles for the couple’s plane tickets, and one of her student’s parents donated money for a rental car. A friend’s father that the couple had never met before, who was adopted himself, paid for Tara and Jeremy to stay in a hotel for the entire 12 days they spent waiting for ICPC clearances. 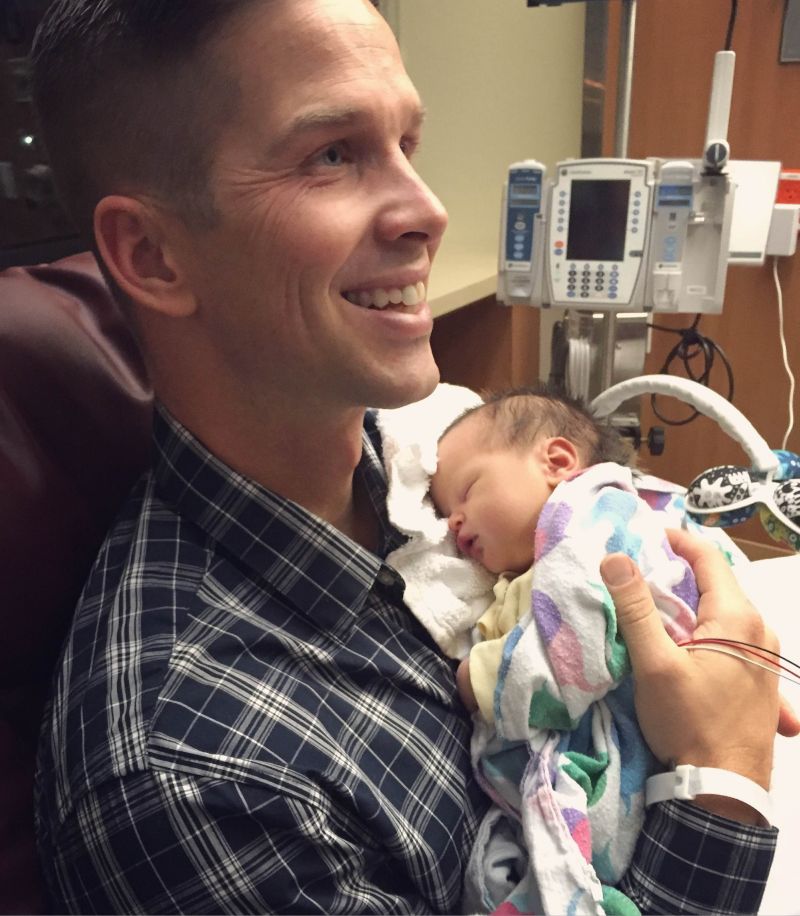 “Within hours, we had tickets, we had a hotel, we had a car, and all we had to do was pack our bags,” Tara says.

Tara and Jeremy arrived at the hospital on Saturday night to a group of nurses, who were excited to meet the new parents and wanted to watch them meet their son for the first time. Just as they had throughout their entire adoption journey, the couple was happy to share the experience with others. Jeremy even asked one nurse to videotape the moment that he and Tara met their son, Zeke, so they could share the video with the community that made it possible.

“The one thing I will say about being public and partnering with a huge community of people to make this happen is that the joy that the community felt when we shared those pictures and videos was, and continues to be, unbelievable,” Tara says.

Tara says she and Jeremy received a flood of congratulations, and their entire community shared in the celebration with them. The following morning, their pastor even announced the couple’s adoption to their entire church congregation.

“When people donate [in adoption], they get to see the outcome,” Tara says. “With fertility treatments, there may not be an outcome, and that’s hard. But with adoption, people are excited to give because they know they’ll get to watch this child grow in a house full of love. It’s been really cool to be able to share that with people.”

Despite going public with their story, Tara says it was not an easy one to tell. She started blogging during the couple’s adoption journey and says she cried through each of the 26 posts she wrote during the wait. 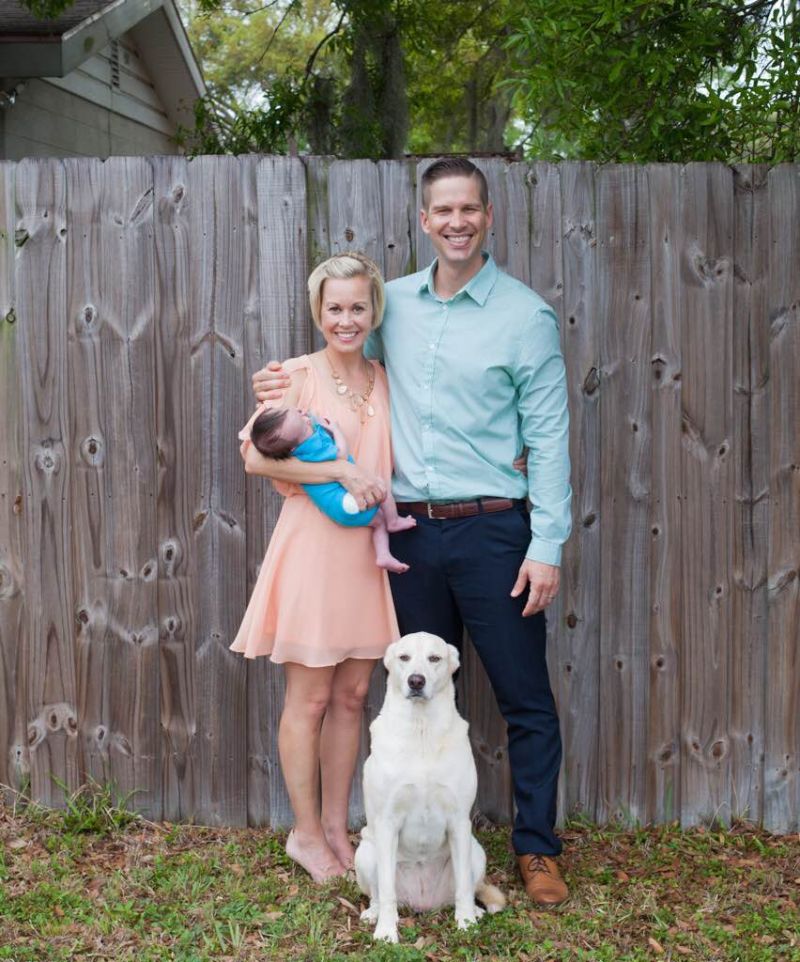 However, adoption is a story that deserves to be told, and in doing so, Tara and Jeremy found the support they needed to bring their baby home.

“In general, people are fascinated by adoption and how it works,” she says. “The more details you can share about how adoption works, especially with an agency like American Adoptions, the more support you get.”

Now, Tara says she hopes to continue to blog about life as adoptive parents and advocate for adoption through her blog.

In one of her most recent posts, written on Valentine’s Day 2016, the anniversary of their decision to adopt and just days before they met their son, Tara writes:

“Today, by the Grace of God, I am a changed woman. I do not regret one single failed fertility treatment. I do not wish that it had been ‘easy.’ I would not go back and do it differently. I would not change athing.”

Tara echoes that sentiment today, a month after flying to Oregon to meet her son for the first time.

You can read more about Tara, Jeremy and Zeke’s adoption story at http://www.highonfaithandcoffee.blogspot.com, and watch the moment Tara and Jeremy met Zeke here.