All Worth It - Overcoming a Complicated Open Adoption

For many adoptive families, the prospect of open communication with birth parents can be intimidating at first. Birth mothers are not just pregnant teenagers; some of them are married, already have children or live alternative lifestyles that may make an open adoption tricky at times.

But even when adoptive parents Jaime and Michael encountered some communication challenges in their adoption, they knew it would be worth it.

After years of waiting for the right circumstances to begin their adoption process, they accepted a last-minute adoption opportunity and signed a contact agreement before even meeting their son’s birth parents —and, even though they’ve encountered some roadblocks along the way, they are 100 percent committed to honoring that agreement.

When things get tough, they find their strength in Isaac, the perfect little boy who was always meant to be their son. 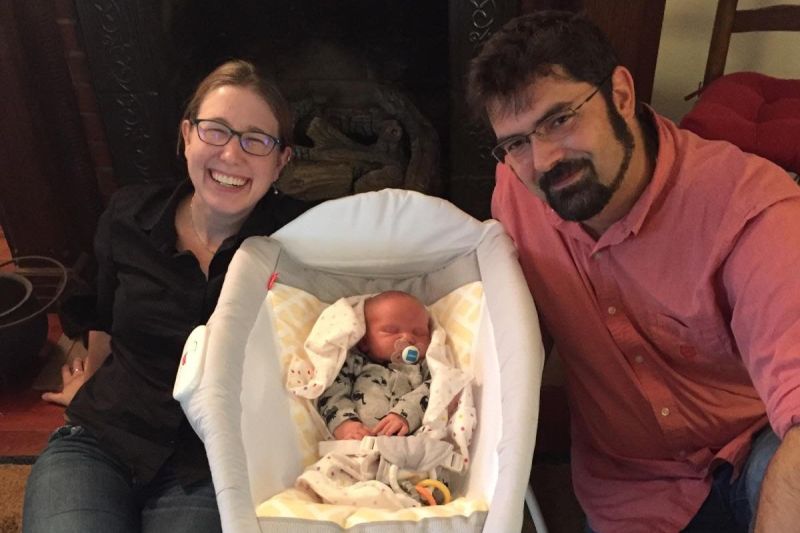 Jaime and Michael had always planned on adoption, but due to numerous moves, job changes and delays in finding a permanent home, it took them six years to finally become active with American Adoptions. But they could have never imagined how quickly they would be matched with a prospective birth family — even before they could complete a detailed adoptive family profile.

“We literally had our first conversation with the birth family while the mother was in labor,” Jaime remembers.

“It was the first day of school,” schoolteacher Michael says, “and I got a full nine hours with my students, but I was literally calling my principal that night and saying, ‘I’m going to need some time off.’”

Due to the fast-paced nature of the adoption, Jaime and Michael accepted the situation and signed a contact agreement with the birth parents before they even had an opportunity to meet them.

The birth parents in Jaime and Michael’s adoption had a unique family dynamic that involved not only the birth mother and the birth father, but also the birth father’s legal wife, who ended up taking an active role in the adoption process. The family had already placed other children for adoption, and a previous contact agreement they had signed with another adoptive family had recently fallen apart. So, understandably, they were apprehensive of how the new adoption would proceed.

With the birth mother, birth father and his wife all actively involved in the adoption process, there was some confusion and miscommunication when Jaime and Michael met them for the first time at the hospital. There was some debate about the previously agreed-upon contact agreement, as well as some issues communicating with hospital staff.

Jaime and Michael were experiencing a situation common in open adoption. In last-minute adoptions (and even in adoptions with a lot of planning time), it can be awkward and confusing while birth parents and adoptive parents figure out the boundaries of communication and the dynamics of each family relationship — especially prevalent in this case. It was a challenging and emotional time for everyone involved, and Jaime and Michael found that rather than communicating with their son’s birth parents directly, the birth father’s wife became their main point of contact throughout the process. 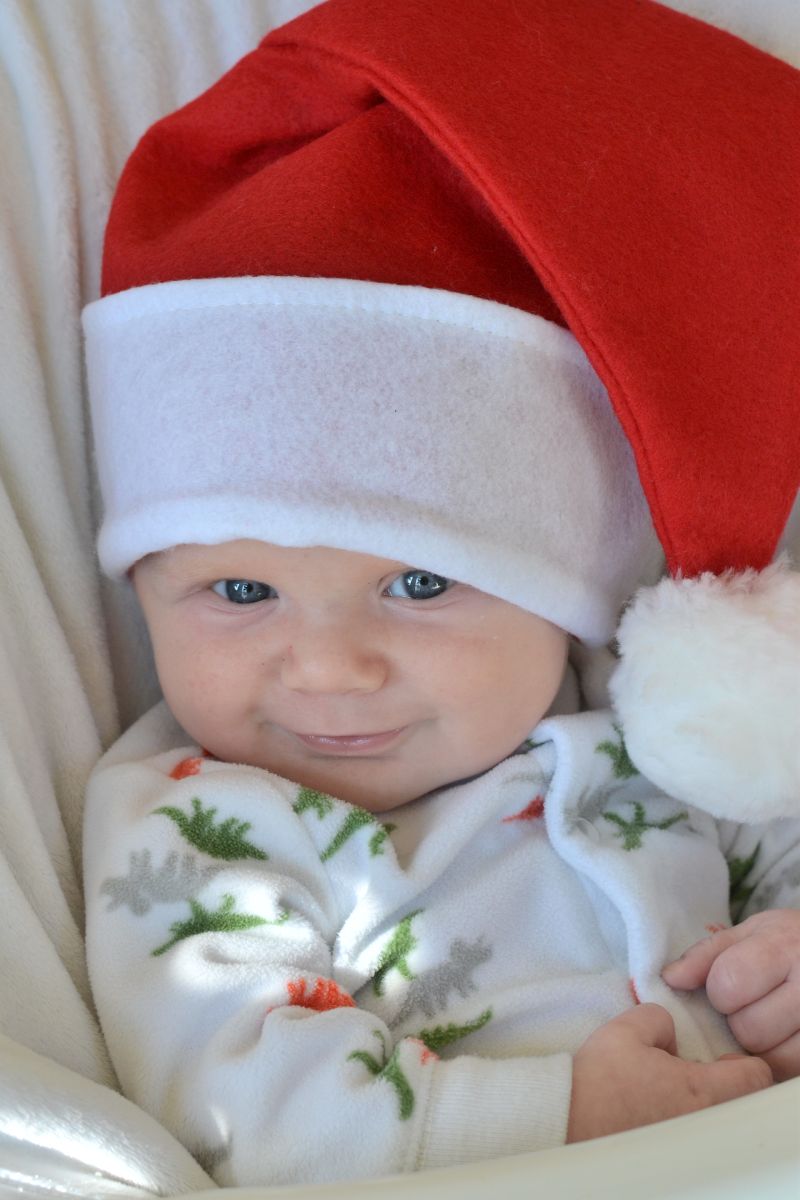 While Jaime and Michael and the birth parents knew they were in this process together for now and years to come, none of them knew much about each other or their lives. It’s one thing to be educated about possible birth parent situations and an entirely different thing to live through it but, luckily, Jaime and Michael could lean on their adoptive family specialists at American Adoptions to help navigate their new relationship.

Thanks to support from their American Adoptions specialists, Jaime and Michael did their best to overcome their communication challenges and respected the birth family’s wishes during the week of the adoption and the hospital stay. They even allowed the birth mother to carry Isaac out of the hospital, although it had not been an original part of their contact agreement.

“It really took a village to complete this adoption process,” Jaime says.

Looking forward, Jaime and Michael have agreed to honor their contact agreement as long as it’s in the best interest of their son. They also made two promises that Jaime says she will always keep, no matter what: Isaac will always know the name that his birth parents gave him, and, when the time is right, Isaac will be given a letter that the birth father’s wife wrote for him.

No matter how their open adoption progresses, Jaime and Michael will always have genuine respect and appreciation for Isaac’s birth parents.

“For always and ever, we will always send the birth parents updates on Isaac,” Jaime says, “because that relationship between Isaac and his birth parents is as important to Isaac as it is to anyone else.”

As Isaac grows up, he will know the truth about his birth parents (at an age-appropriate level), but Jaime and Michael will keep his safety in mind first. Right now, they have their American Adoptions social worker on speed dial for asking questions on anything from their relationship with the birth parents to typical first-time-parent worries. 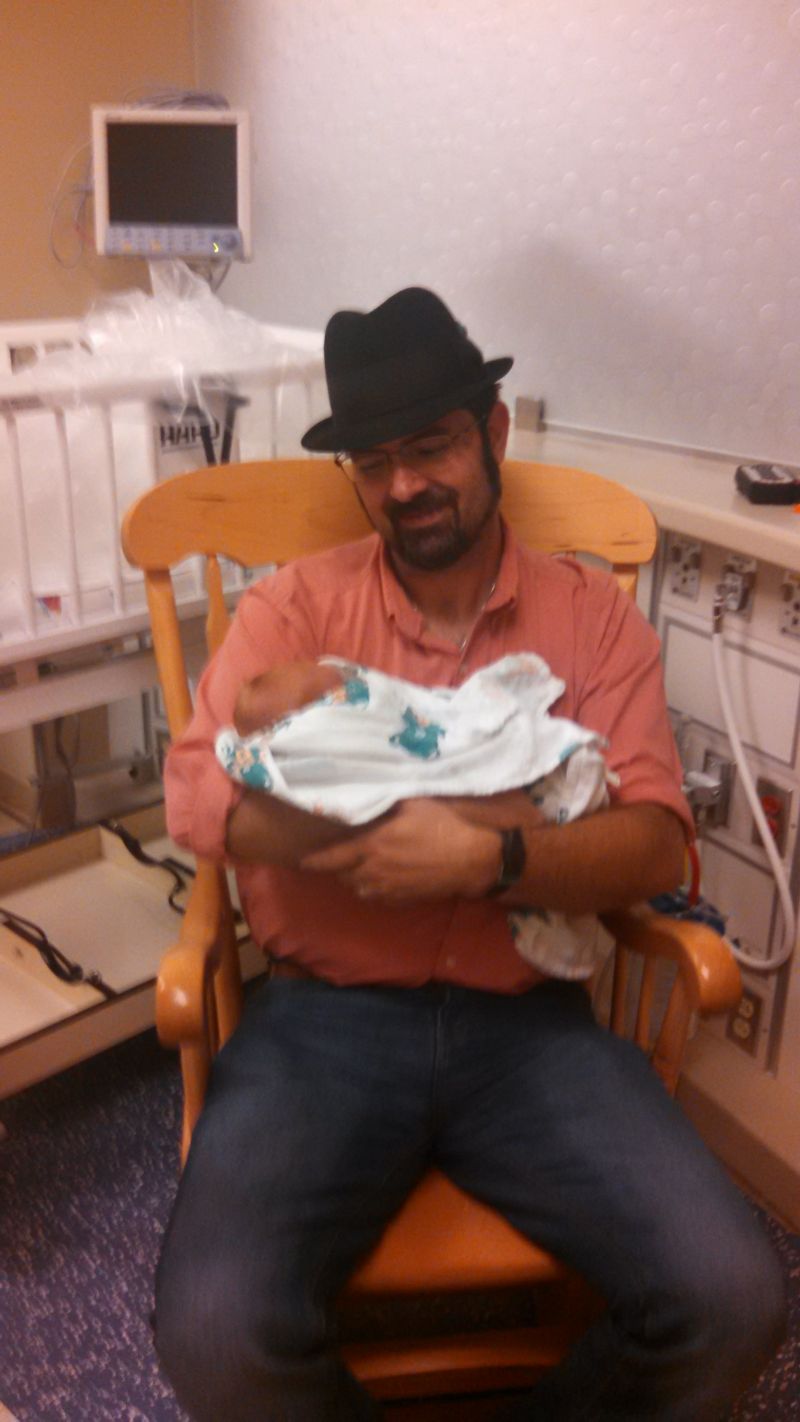 “This adoption would not have happened without our social workers,” Jaime says. They were there every step of the way during the difficult placement week, and “they have continued to support us in that way as we go forward.”

So, what keeps Jaime and Michael strong during their complicated adoption? The little bundle of joy that comes from it, of course.

Jaime says Isaac “lights up our lives” with his humorous way of looking at the world, and it’s taught them how to see the world in the same way as him, no matter the circumstances — with a smile and a laugh.

“It’s 110 percent worth it, no matter what,” Jaime says. “What we’re really dealing with at the end of the day is your family. No matter how difficult they can be, they gave us that gift under circumstances I can’t even begin to imagine. You don’t forget that.

“We can go through any difficult situation because we have Isaac as a part of our family, because he is the reason we exist now.”

Jaime and Michael are willing to speak to other adoptive families who have struggled with communication in open adoption. To reach out to them, please contact an American Adoptions specialist at 1-800-ADOPTION.