Trusting their Choices - How One Family Found Their Perfect Adoption Situation

Four rounds into IVF, hopeful parents Eric and Amber had to make a decision: Would they continue trying to have a biological child, or were they ready to adopt?

Like many hopeful parents, they had concerns about adoption: how much commitment it would take, how much it would cost, what it would require from them in the years to come. So, they took a break from their infertility treatments to clear their heads. 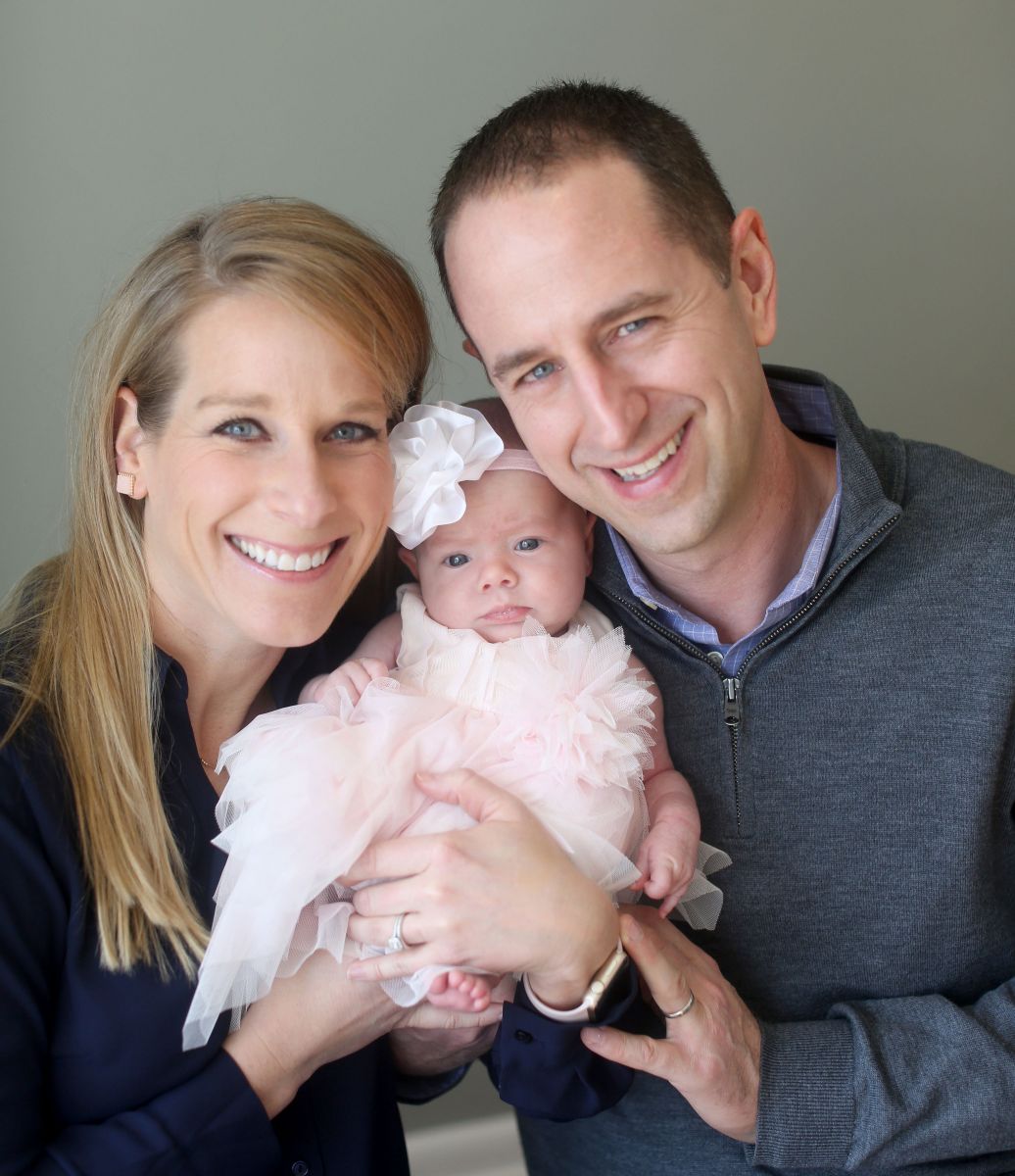 And that’s when Amber reached out to a girlfriend she knew had adopted — and found herself recommended to American Adoptions.

“She talked to me about it all,” Amber remembers. “That was the biggest thing — having someone who had been through it to talk to.”

So, with a solid recommendation and a leap of faith, Amber and Eric registered with American Adoptions. Little did they know that a mere year later, they would finally reach their dreams of parenthood.

Amber and Eric jumped into the adoption process headfirst. But, even with a glowing recommendation and prompt, informative responses from their adoption specialist, they were uncertain about what to expect from their process. One of their biggest concerns? Post-placement contact.

“I think when we first heard open adoption, we thought, ‘Oh gosh,’ because that’s scary,” Amber remembers. “It’s not that we didn’t want our child to know they were adopted and to know their family and such, but I think you hear horror stories about it… You don’t know what to expect.”

Fortunately, the screening and education process at American Adoptions helped put them at ease. In gathering their documents and filling out their Adoption Planning Questionnaire, Eric and Amber were forced to ask themselves hard questions. What exactly did they want their adoption to look like?

While their adoption specialist was there to support them every step of the way, the choices were ultimately up to them — and Amber and Eric say it was one of the more difficult aspects of their journey.

“You really have to sit and talk and think about it,” Amber remembers. “But don’t feel bad for your answers.”

“No questions are dumb questions when you’re dealing with something like this,” Eric adds. “You want to make sure you have all the information and you’re making the best decision for your family.”

Armed with a complete APQ and the knowledge they gained from their adoption specialist, Eric and Amber went active as a waiting family. But, they wouldn’t have to wait long.

Discovering the Truth of Open Adoption

Just a few months after their profile went live, Amber and Eric received a call: A prospective birth mother in Texas had picked them. 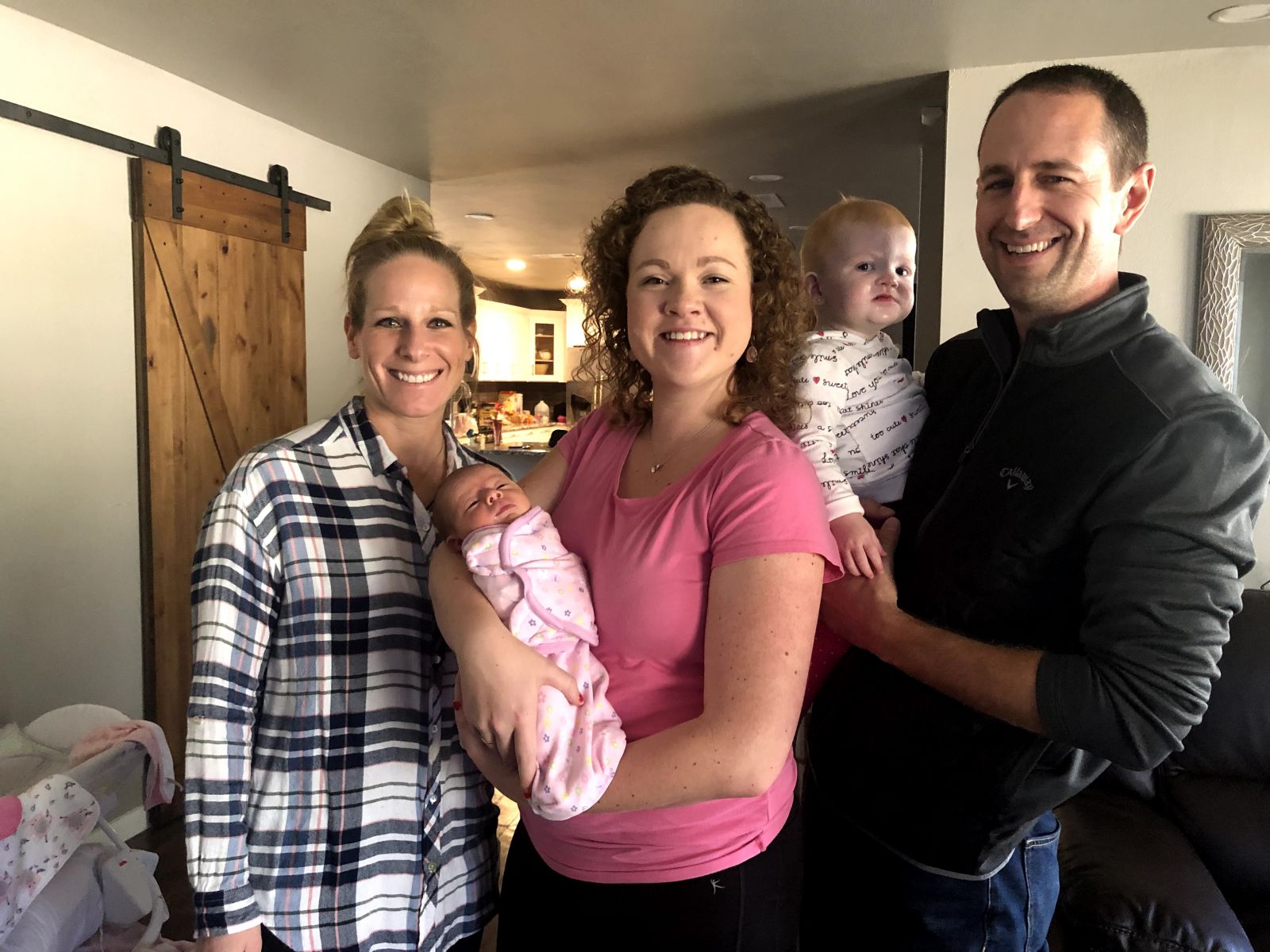 “We didn’t want to tell anybody, ‘This is the one,’” Eric remembers. “We wanted to make sure it was right for us and right for her.”

It turns out they didn’t need to worry. Lindsey, who had an older daughter already, was thrilled at the opportunity to get to know the family who would care for her child. When she first talked with Amber and Eric over the phone, it was like they had known each other for years.

So, when it came to maintaining a pre-placement open adoption relationship, Amber and Eric found the task of staying in contact with Lindsey easier than they could have ever expected.

“From day one, she has been awesome,” Amber says. “She was like, ‘I realize this is going to be your child and you’re going to have your own life, and I’m going to have my own life. I don’t want you to think I’m going to be bugging you and all this stuff.’ She was very mature about it from the very beginning.”

Amber and Lindsey texted weekly — chatting about their lives and the Lindsey’s toddler, and sharing sonogram photos and pregnancy news. A few days before Lindsey was to be induced, Eric and Amber flew to Texas to meet her in person. They had lunch and bonded with both Lindsey and her daughter, Trinity. The little girl even asked Eric to pick her up and hold her.

“It sounds so cheesy the way we talk about it, like we made it up, but it’s true,” Amber says.

Laying the Foundation for the Future

When they drove to Texas, Amber and Eric knew that Amber would be present in the hospital room, per Lindsey’s plans. But, at lunch, Lindsey had a question to ask: Would Eric be in the room, too?

That’s how Eric and Amber both found themselves present at the birth of their daughter, Charlotte. In a room full of emotion, Lindsey, Amber and Eric cried and hugged over their tiny new connection. Eric was even able to cut baby Charlotte’s umbilical cord. 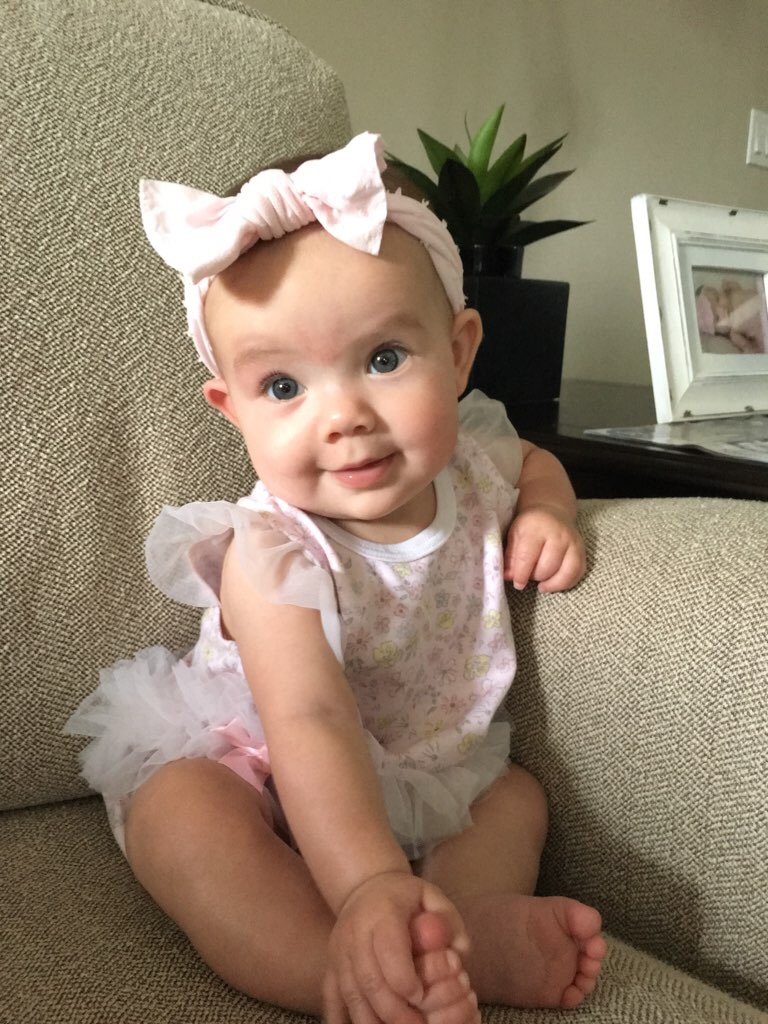 “For her to give us that gift — I mean, obviously, she gave us Charlotte and that was amazing in itself — but to let us be there and experience it was incredible,” he says.

Amber spent the night in the hospital room with Lindsey and Charlotte after delivery, and the two were discharged the next day. Amber and Eric found themselves in Texas for a week and a half awaiting ICPC clearance. Trying to balance new parental responsibilities were tough, especially in a strange place, but the new parents made sure to take time to see Lindsey and Trinity one more time before heading home.

A few months out from placement, Amber regularly texts Lindsey with updates and receives updates about her family, too. Amber and Eric look forward to letting Charlotte and Trinity get to know each other in the future, and, with only a short flight separating the two families, they anticipate seeing Charlotte’s birth family in the future.

So, what have they learned about open adoption in their journey?

“Now, we’re educated about it,” Amber says. “I think really learning about it while going through the process really opened our eyes to it all. Honestly, it’s better for everyone involved, and we’ve seen that in person with our daughter’s birth mother.”