Adoption is scary for many adoptive parents. Lindsey and Michael were no exception.

After a miscarriage during their first pregnancy, the couple decided to pursue IVF because, as Lindsey says, it seemed “simpler.” But, after three egg retrievals and two failed transfers, “simple” was no longer on the table. 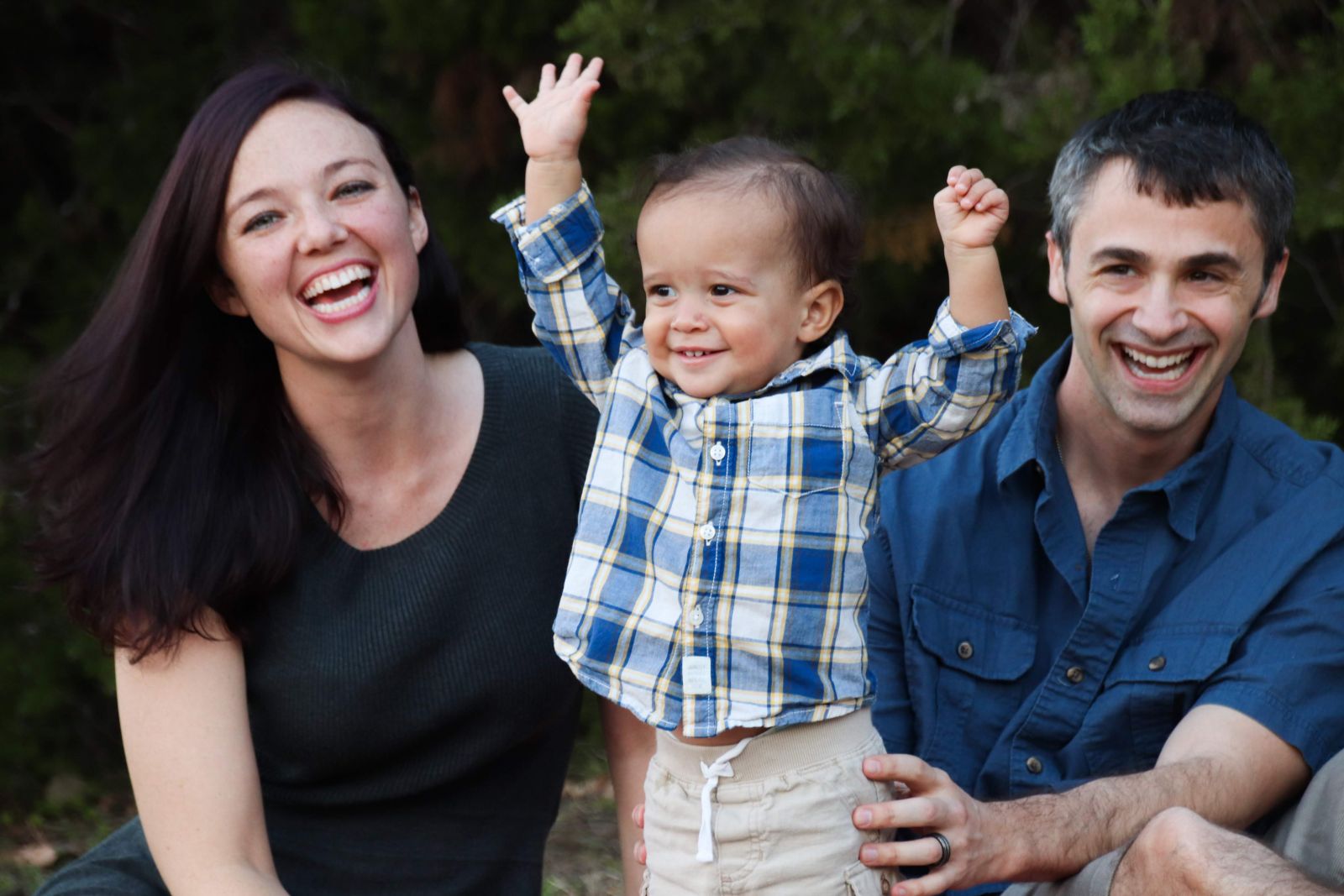 “I just wish I had known it wasn’t as daunting as I thought it would be,” Lindsey says. “I’m glad everything happened the way it did, because we were matched with our son, and I feel like it was meant to be.”

It’s been two years since Lindsey and Michael first welcomed their son Dominic into their lives. Here, they look back on one of the most important aspects of their adoption journey: their open adoption contact.

The Beginning of a Lifelong Relationship

Like many adoptive parents, Lindsey and Michael were initially unsure about the realities of open adoption. But, they knew one thing: that it would be the best option for their future child.

The couple researched extensively during their journey to adoption, and the articles all said the same thing. Open adoption was the best path for everyone involved: birth parents, adoptive parents and, of course, adoptee.

But, reading about open adoption and experiencing it were two different things. Lindsey worried: What if they agreed to yearly visits and were picked by an expectant mother all the way across the country? What if they adopted again, and their two adoption relationships would be vastly different? How was that going to feel?

“I just had no idea what it would look like,” Lindsey remembers. “But, once we were matched and met Dominic’s birth mom, I was just like, ‘Oh, I could 100 percent see seeing her on an annual basis — or even more than that.” 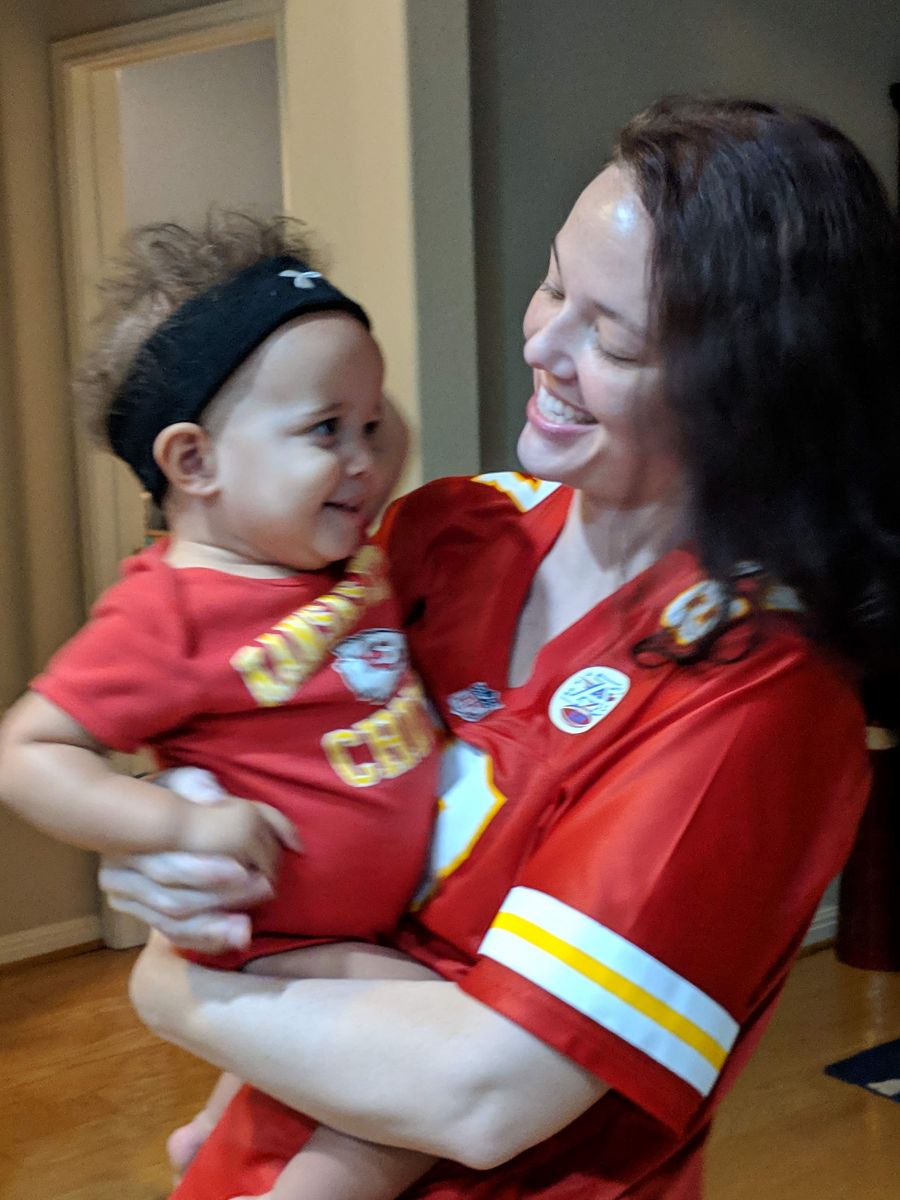 Lindsey and Michael were active for just over a week when a prospective birth mother who lived just four hours from them selected their profile. They were both in the same state, and she suggested that they meet in person at her best friend’s house for dinner prior to delivery. The couple jumped at the opportunity to learn more about her outside of the stress of the hospital stay.

Lindsey remembers being excited the whole drive there — but, when they pulled into the driveway, all the nerves hit her. What would the prospective birth mother think of them?

“I had recently torn my ACL; I was just off crutches, but I was limping still. I was like, ‘Oh my god, what if she sees I’m limping, and doesn’t think I’m going to be a good parent because of that?’” she remembers thinking. “It’s totally stupid, but you kind of get in your own head… You’re just so nervous about everything.”

“At the end, the prospective birth mom definitely said, ‘I was so nervous to meet you and what you would think of me and all that.’ And I was like, ‘Oh my god, I thought all of those same things,’” Lindsey recalls. “It was really just kind of funny how our emotions, while being on very different sides of the adoption journey, were very similar for that situation.”

Staying Committed, Despite Ups and Downs

Because they met each other beforehand, Lindsey believes their hospital stay went as smoothly as possible. Dominic’s birth mother had a fast delivery and, while she handed him over to the adoptive parents shortly after birth, Lindsey and Michael were comfortable spending the rest of the day in the room with the birth mother and her best friend.

After placement, contact with Dominic’s birth mother was frequent and easy. Because he was born close to the holidays, Lindsey and Michael’s adoption specialist emphasized the importance of keeping her feelings in mind during that difficult time. So, Lindsey and the birth mother texted frequently back and forth, updating each other on their children and lives.

But, about a year after Dominic was born, contact from his birth mother began to taper. After reaching out to the birth mother’s best friend, Lindsey and Michael discovered that his birth mother had fallen on hard times and that one of her sons was in the friend’s custody.

While the birth mother has not responded to their contact in the last few months, the couple hasn’t let that dissuade their open adoption commitment. Every birth parent heals in their own way and, when some birth parents don’t respond to contact, it can often be a sign they need to take a step back from their post-placement relationship and focus on themselves. Adoptive parents shouldn’t take it personally, says social worker and birth mother Michelle Downard, and she guides many adoptive parents throughout similar circumstances.

Receiving contact from adoptive parents can be instrumentally important to a birth parent in a difficult situation, even if they don’t have the strength to respond. Keeping that in mind has helped Lindsey and Michael keep a positive outlook on their adoption relationship.

“The birth parent is a person just like you; they’re going through a lot,” Lindsey says. “Open adoption looks differently than I thought it would in my head, but that doesn’t mean it won’t look different in the future. He’s only two years old, so it might ebb and flow quite a bit for the rest of our lives.”

In the meantime, Lindsey and Michael continue to send picture updates to Dominic’s birth mom every month. They look forward to more contact in the future, if the birth mother wants that.

So, what would Lindsey say she’s learned from their adoption journey?

“My general advice is to be open and flexible to whatever the birth parent is comfortable with,” she says. “Try to go with the flow as best as you can.”