A Lesson in Perseverance - One Family's Tale of Loss and Love 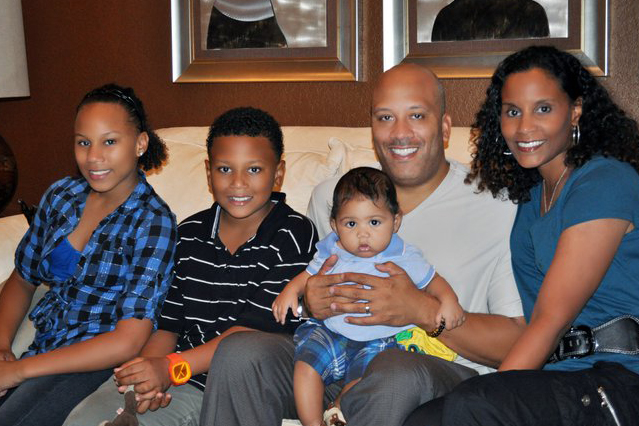 “I met my husband in high school, and that was 20 plus years ago,” Robin says. “We dated, broke up, got back together, married, had two biological children and then experienced secondary infertility and were not able to maintain a pregnancy.”

And that’s where the adoption journey began for this former family of four — Robin, her husband Jake and their two children Alexis and Jalen, then 10 and 8.

“I got pregnant with our third child while my oldest child was in the first grade and my second was in the pre-K,” Robin says. “They knew I was pregnant, and they knew we lost the baby and the baby went to heaven. So that was really, really hard for them.”

Robin says that she and her husband did not at first tell the kids about their adoptions plans, but when they learned, “they were so excited about the whole thing,” she says.

Jake’s job as a college basketball assistant coach led to several family moves and slowed the couple’s adoption plans. As soon as they’d begin a home study in one state, they’d have to start over in another state. But after the couple landed in Florida, the time was finally right. Robin says that after joining American Adoptions in late 2009, the adoption process became much smoother — and they became active in February 2010.

Just days later, on February 25, 2010, Robin got the call about a match. The birth mother Jessica was due in six weeks. Suddenly, the couple had to get their money together, money they’d planned to save in the coming months. Luckily, Robin’s parents, who’d witnessed the sadness of the couple’s infertility, chipped in. A week later, Robin and Jessica had their first phone call and began emailing each other; they hit it off instantly.

“Those six weeks were crazy, but it was so exciting because we were like, 'He’s coming, he’s coming,'” Robin says. 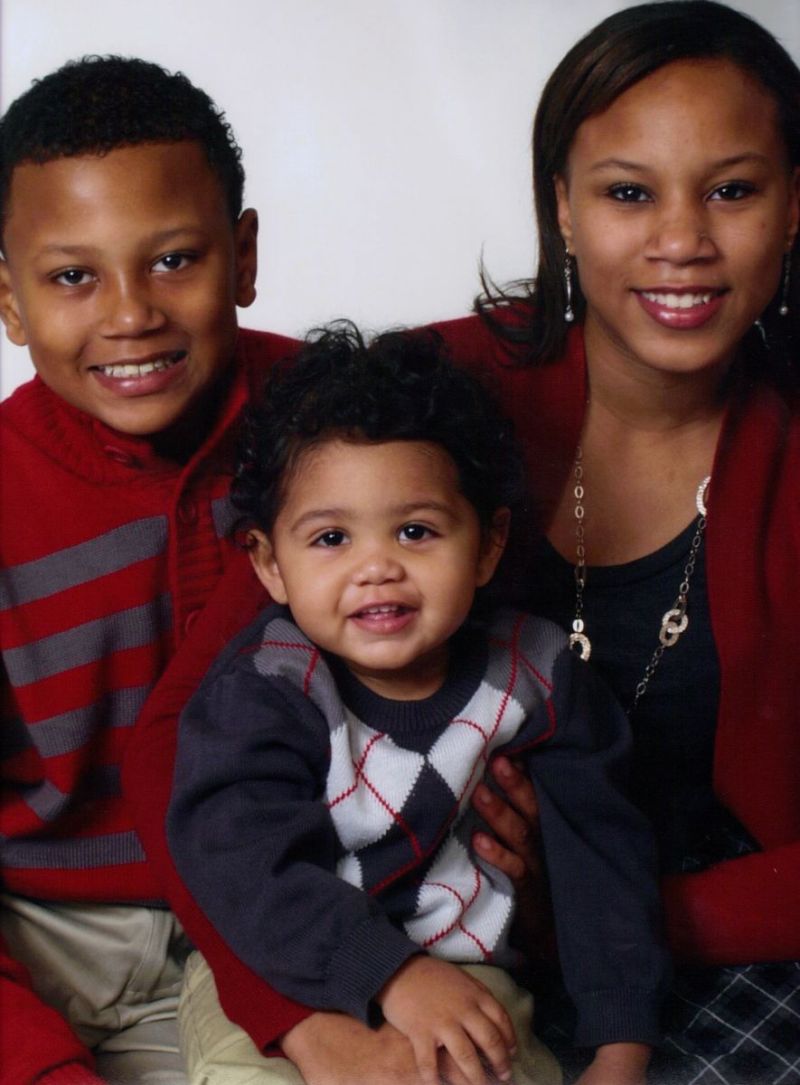 When the call came six weeks later, Robin dropped her children in Atlanta to stay with family and met her husband in Pennsylvania to officially meet Jessica and their son. Jake had been traveling for work but finished his trip early and made it in time for his son’s birth.

Although Jessica had planned to have Robin in the delivery room with her, an unplanned C-section meant that Jessica could bring one family member, her own mother, with her. Robin waited outside the delivery room, but knew the moment her son Joshua was born, thanks to a hospital tradition: a lullaby played over the intercom to signify a birth.

“When I heard that song, oh my god,” Robin says. “If I could bottle the feeling of that moment and sell it… I’ve never felt more excited in my entire life.”

Robin was the first one to hold Joshua and carried him to the newborn nursery. She immediately called a sleeping Jake and told him to get to the hospital. He had just enough time to meet his son and say goodbye to Jessica before he had to leave on another business trip. That night, Jessica shared her hospital room with Robin, who was not permitted her own hospital room.

“She was going to let me sleep in her room on the pull-out,” Robin says. “She had just had a C-section and was struggling to give the baby up, but she was worried about me. I remember, she was up one night getting me a blanket. She’s an amazing, sweet, sweet girl.”

Over the next several days, Jessica and Robin spent time with Joshua in the hospital.

“I would bring him to her room, and we’d sit there for hours. She would look at him, but she didn’t want to hold him,” she says.

The day Joshua was released from the hospital, Robin went to her car for the car seat and came back up to find Jessica holding Joshua.

“My heart literally fell through the floor,” she says. “I’m like, 'Did she change her mind?'”

A nurse in the ward had decided that Jessica should say goodbye to Joshua and handed her the infant. Jessica took him into her arms without thinking and ended up very happy that she did so. After signing paperwork with an adoption attorney, Jessica and Robin took photos together each holding him, and then strapped Joshua into his car seat and said their goodbyes.

But after their dramatic goodbye, Jessica called the very next day to tell Robin that she had gotten free baby formula and wanted to offer it to Robin.

“So I literally took Joshua over to her house the next day,” Robin says. “And we hung out all day. So that was really cool, and I got to spend some extra time with her. She has three boys, so they were like, 'Don’t go,' and 'Can we see him again?' And it wasn’t even so much that they were going to miss him. It was more like they were going to miss me, which is cute, you know. They just enjoyed spending time with us, and it was just amazing. I got a whole new family out of it.” 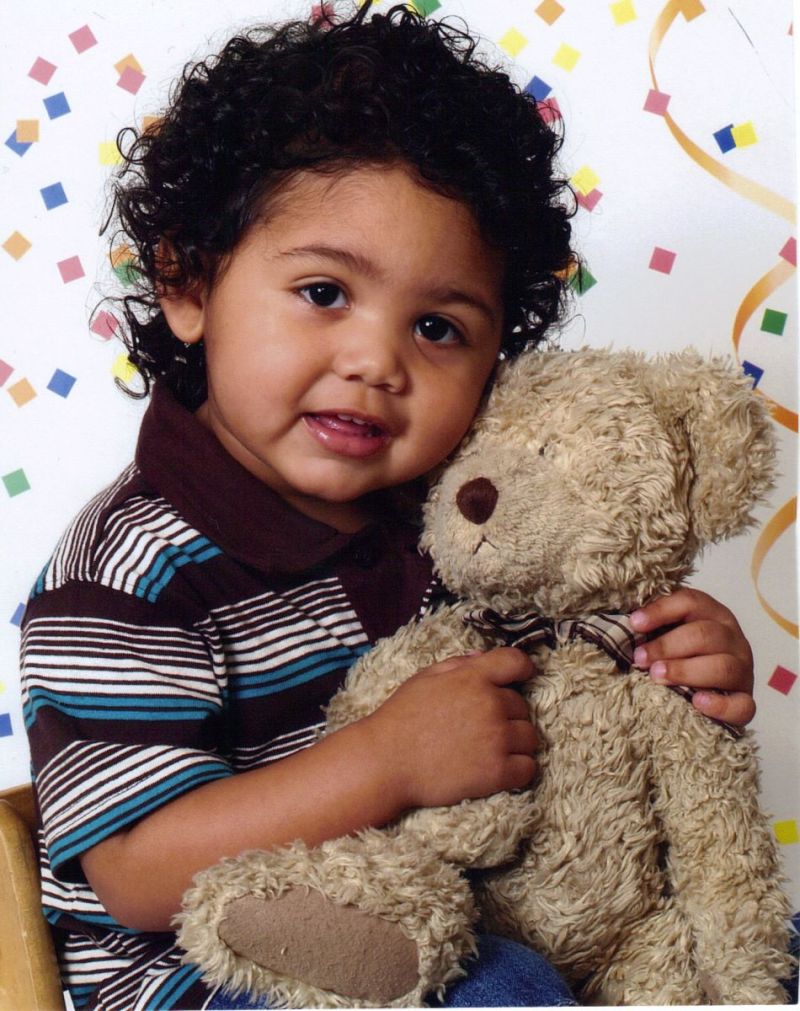 Now, Robin says that her family stays in touch with Jessica’s through pictures and letters and special text messages on the 22nd of every month.

“Twenty-two is my lucky number,” Robin says. “And her birthday is on the 22nd. So we decided that on the 22nd of the month, I’ll send a picture. So that we know it’s definitely going to be 12 times a year.”

They also contact each other spontaneously at other times of the month or if there is something special to share. Robin has also brought Joshua back to visit Jessica and his older brothers in Pennsylvania. She was unsure if Jessica would be interested but decided to call her and was relieved to hear she was open to a visit.

“So while my other kids and their cousins went to Hershey Park all day, I actually took Joshua back to see Jessica and the boys,” Robin says. “They were so excited to see him and took a ton of pictures. I don’t know how often we’ll get back to Pennsylvania, but whenever we’re in the state, I’ll make sure to get back to see her.”

Jake told Robin just the other day, “I could not imagine life without this boy. He is such a blessing to our family.”

Robin, who once worried that she’d feel different toward an adopted child, says, “I forget that he’s adopted. I swear I do. Someone asked me, 'What if you don’t love him the same or what if it feels different?' And honestly, I didn’t know, but I was trusting. I swear, though, I forget that I didn’t actually push him out.”

Looking back, Robin is especially grateful for the life lessons she learned from infertility and adoption and shares her story at every opportunity.

“It’s taught me that if one thing in your life doesn’t work out, don’t give up,” Robin says. “I really thought I would be able to have my babies biologically and everything would go as planned. But it’s just an amazing lesson to even teach my kids that everything is not going to work out. You’re going to have some challenges in life and things aren’t fair at the time. But just hold on… it’s like my testimonial to people.”

Since Alexis and Jalen, 13 and 11 now, are a bit older, Robin says she often has friends say that Joshua needs a playmate. But although she says, “never say never,” Jake and Robin don’t plan to adopt again.

“I don’t know if I could because I don’t think it could ever be this good,” she says. “It was just so good. Once I met Jessica, it was just, I can’t imagine it ever being this good.”

*Joshua’s birth mother’s name has been changed to protect her privacy.